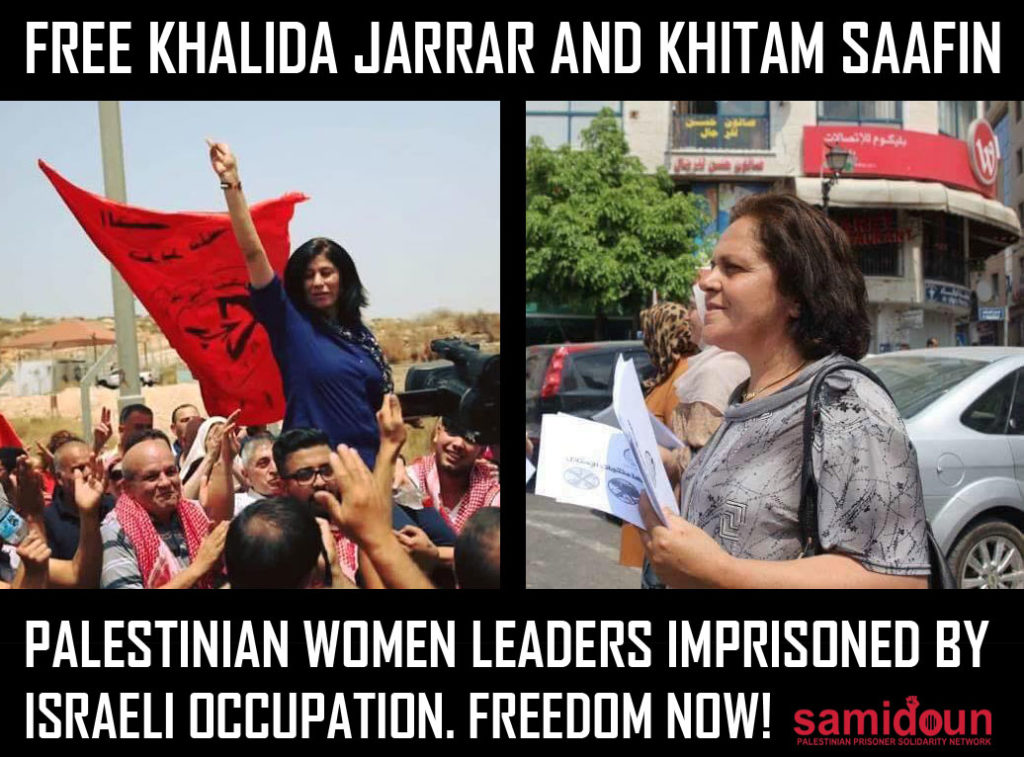 Sign the petition to demand freedom for Khalida Jarrar and Khitam Saafin!

The seizure of Khalida Jarrar – now the 13th member of the Palestinian Legislative Council held by the Israeli occupation – comes slightly over one year after she was released from Israeli occupation prison after 14 months of imprisonment. She recently conducted a lengthy interview with the Journal of Palestine Studies.

Her daughter, Suha, captured part of the raid on their family home on video as armed occupation forces invaded:

At least seven other Palestinians were seized by Israeli occupation forces in pre-dawn raids. Among them was Ihab Massoud, released on 12 February after 16 years in Israeli prison. A leader in the Popular Front for the Liberation of Palestine, he participated in multiple hunger strikes inside Israeli prisons.