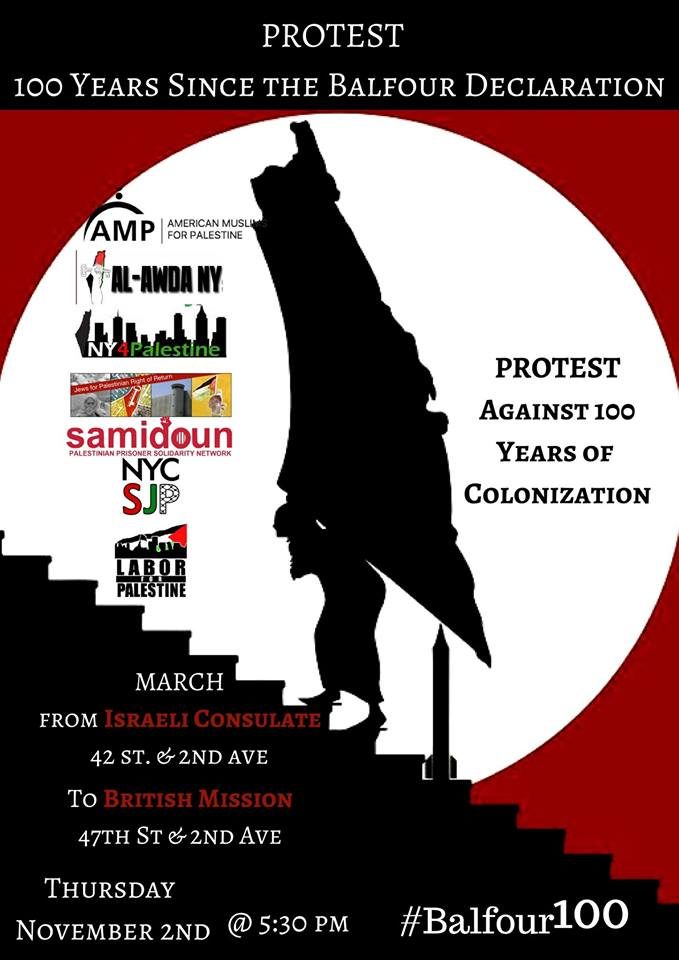 Protest against 100 years of colonization!

This November 2nd marks the 100 year anniversary of the Balfour Declaration.

In 1917, Arthur James Balfour, the British foreign secretary said this in a public letter to a then prominent British Zionist, Lord Walter Rothschild:

“His Majesty’s Government view with favour the establishment in Palestine of a national home for the Jewish people, and will use their best endeavours to facilitate the achievement of this object, it being clearly understood that nothing shall be done which may prejudice the civil and religious rights of existing non-Jewish communities in Palestine, or the rights and political status enjoyed by Jews in any other country.”

In this period, WW1 was raging, and the British and Australians were in Palestine fighting the Ottomans, close to taking Jerusalem.

The Balfour Declaration, to this day, is considered the first step toward the objective of political Zionism.

Join NY4Palestine as we remember this day and the fight that has ensued ever since. We will be gathering at the Embassay at 42nd St and 2nd Ave to rally and protest the continued occupation of Palestine by Israeli Zionist forces.