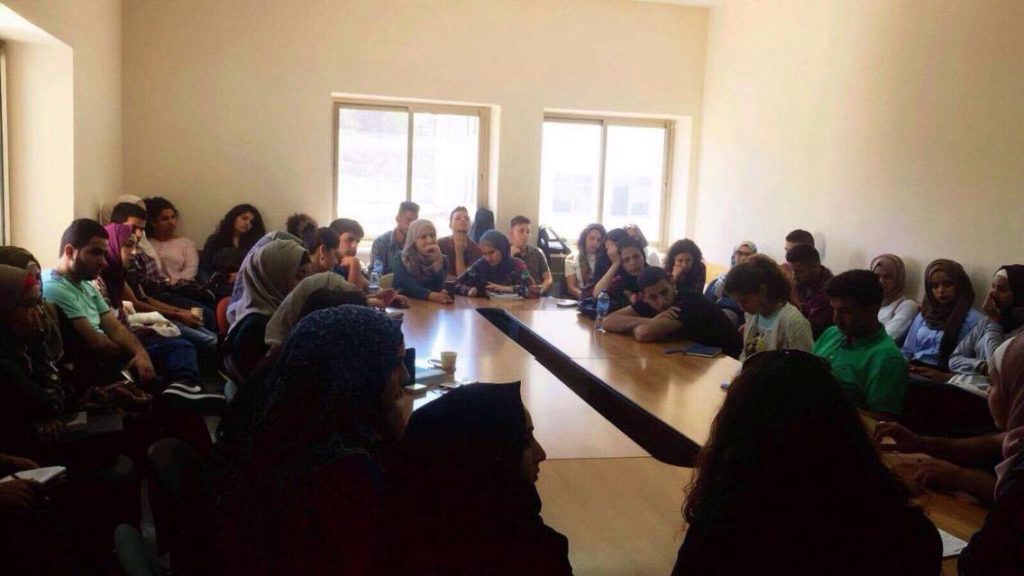 Samidoun in occupied Palestine organized its first event on Tuesday, 3 October, a special seminar on the experience of imprisonment featuring presentations by Dr. Lena Meari and Mohammed Badr, a former prisoner and student at the Faculty of Information. With a focus on the experience of imprisonment and the construction of the revolutionary self, the program was attended by a packed room of students and faculty, with a group of people outside in the hall as they were unable to fit in the packed conference room.

The event began with a presentation on the reasons for establishing the Samidoun Network in Palestine, its history and the nature of its activities and objectives in North America, Europe and elsewhere. 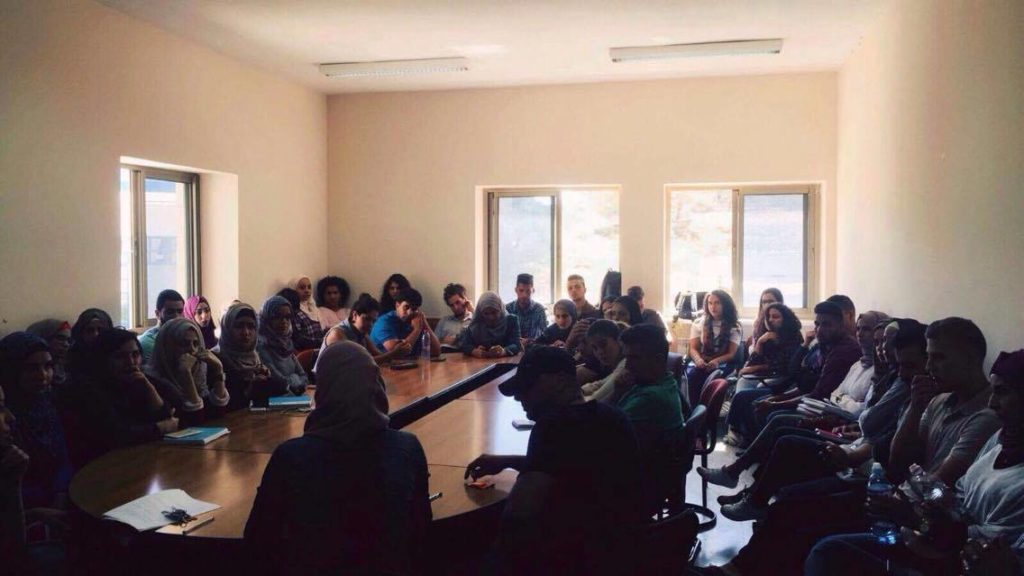 Dr. Lena Meari of the Faculty of Women’s Studies at Bir Zeit University, presented on her Ph.D. thesis topic, on methods of torture, psychological trauma and Palestinian prisoners and resistance. She focused on the importance of the resistance inside occupation prisons and its role in shaping revolutionary identity and steadfastness.

Former prisoner and student Mohammed Badr discussed his own experience under detention in Israeli prisons, explaining his own methods for withstanding interrogation without falling into the traps designed to elicit confessions. The event concluded with discussions, interventions and questions from the audience.

Samidoun in Palestine will be organizing future events and activities, which can be followed on its new Facebook page.

Samidoun’s events in the Arab world are growing as well; its new Arabic-language website has reports, articles, news and events in Arabic. The Samidoun Network in Lebanon will hold its first event on Saturday, 7 October in Beddawi refugee camp in the Palestinian Arab Cultural Club, in support of the campaign for freedom for Georges Abdallah. Samidoun Lebanon can also be followed on its new Facebook page.

Solidarity with Ahmad Sa’adat, Palestinian resistance leader, in the heart of downtown Toulouse