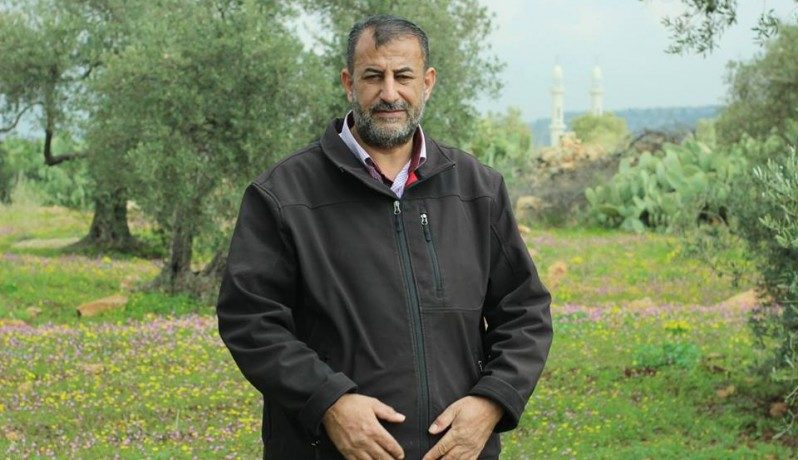 Palestinian prisoner Salah Khawaja is on his 21st day of hunger strike after his imprisonment without charge or trial was renewed. Khawaja, from the village of Nil’in, has been on strike since his administrative detention order was suddenly renewed one day before he was scheduled for release from Israeli prison.

Palestinian lawyer Karim Ajwa reported that fellow Palestinian prisoner Ali Barghouthi, 45, suspended his own hunger strike on Saturday, 2 December after prison officials promised to conduct health tests prescribed for him, including a heart scan, no later than two weeks from the suspension of his strike. From the village of Abboud near Ramallah, he is serving a life sentence for resisting the occupation with Fateh and has been imprisoned since April 2004.

Khawaja was seized by Israeli occupation forces on 23 July 2017 and ordered to four months in administrative detention, imprisonment without charge or trial. These detention orders are indefinitely renewable; Palestinians have spent years at a time jailed under administrative detention orders. Khawaja is one of over 450 Palestinians jailed without charge or trial and a total of nearly 6,200 Palestinian political prisoners. Over the years, he has spent nearly 12 years in Israeli prisons through multiple arrests and detentions.

He is carrying out his hunger strike despite his own deteriorating health. He walks slowly and has lost significant weight, and he suffers from high blood pressure, diabetes and poor vision in his left eye.

Samidoun organizers in New York City will protest outside Best Buy electronics store in Union Square in Manhattan on Monday, 4 December in solidarity with Khawaja and all Palestinian prisoners. They will also work to build the boycott campaign against HP (Hewlett-Packard) due to the corporation’s involvement in and contracts with Israeli occupation forces, including the Israel prison service and the Israeli occupation navy imposing a siege on Gaza.