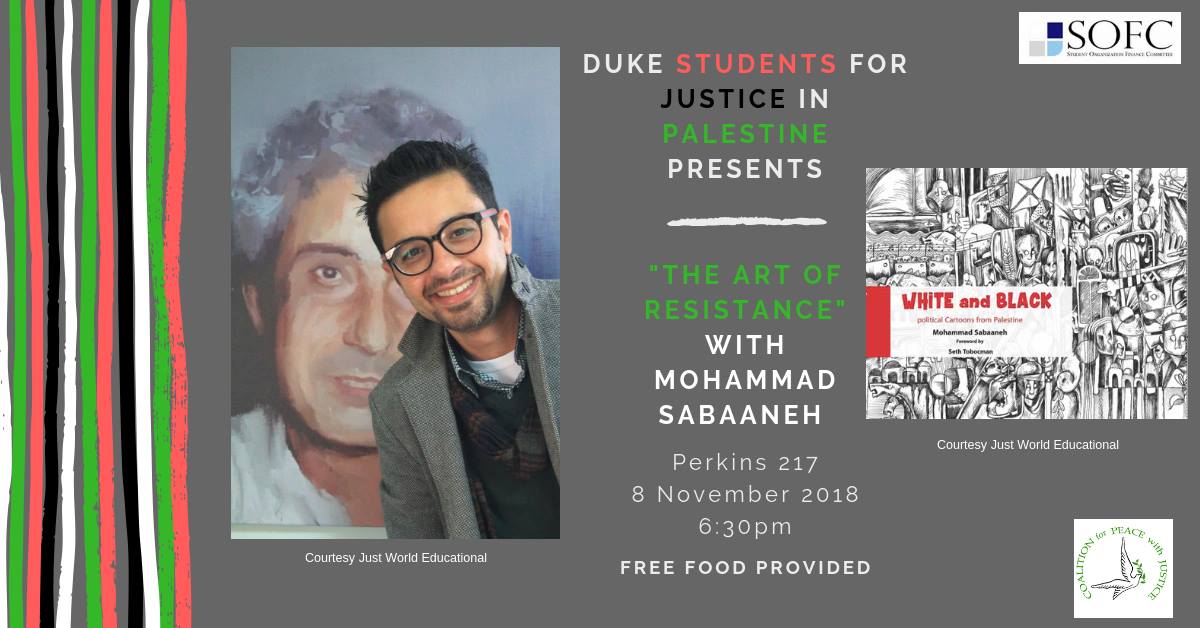 Mohammad Sabaaneh is a Palestinian cartoonist and graphic artist who lives in Ramallah, Palestine, where he is the lead political cartoonist for the daily paper, Al-Hayat al-Jadida. In 2013, he was detained by the Israelis for five months, spending much of it in solitary confinement, a situation that inspired the creation of his first book of cartoons, White And Black: Political Cartoons from Palestine, published by Just World Books in 2017. The book won rave reviews from leading political cartoonists around the world including KAL of The Economist, Matt Wuerker of Politico, and Joe Sacco.

Mohammad is the Middle East representative of the Cartoonists Rights Network International. He has had solo and group exhibitions of his work in numerous countries around the world and has conducted cartooning workshops in many parts of Palestine. Last fall, he won the Medaille d’Or at the Marseille Cartooning Festival. Shortly after that, he was hailed by the UN’s Committee on Palestinian Rights as one of Palestine’s two best-ever cartoonists– along with the late Naji al-Ali, and was featured in the exhibition and gala they staged at UN headquarters in New York. This year, he has already made great appearances in Edinburgh and London. In late September, his “History of Palestine” frieze was lauded as breakthrough art in the US Campaign for Palestinian Rights’s first-ever artists’ competition.

Sabaaneh will also be signing and selling his book at the event.