Mohammed Khatib, the Europe coordinator of Samidoun Palestinian Prisoner Solidarity Network, is part of a delegation of Palestinian youth organized by the Palestinian Youth Movement visiting South Africa.  The delegation’s meetings and program are being shared on PYM’s social media, including Instagram and Twitter. The delegation issued the following statement and call to action in support of the Battle of Dignity (Karameh) 2 and the Palestinian prisoners on hunger strike: 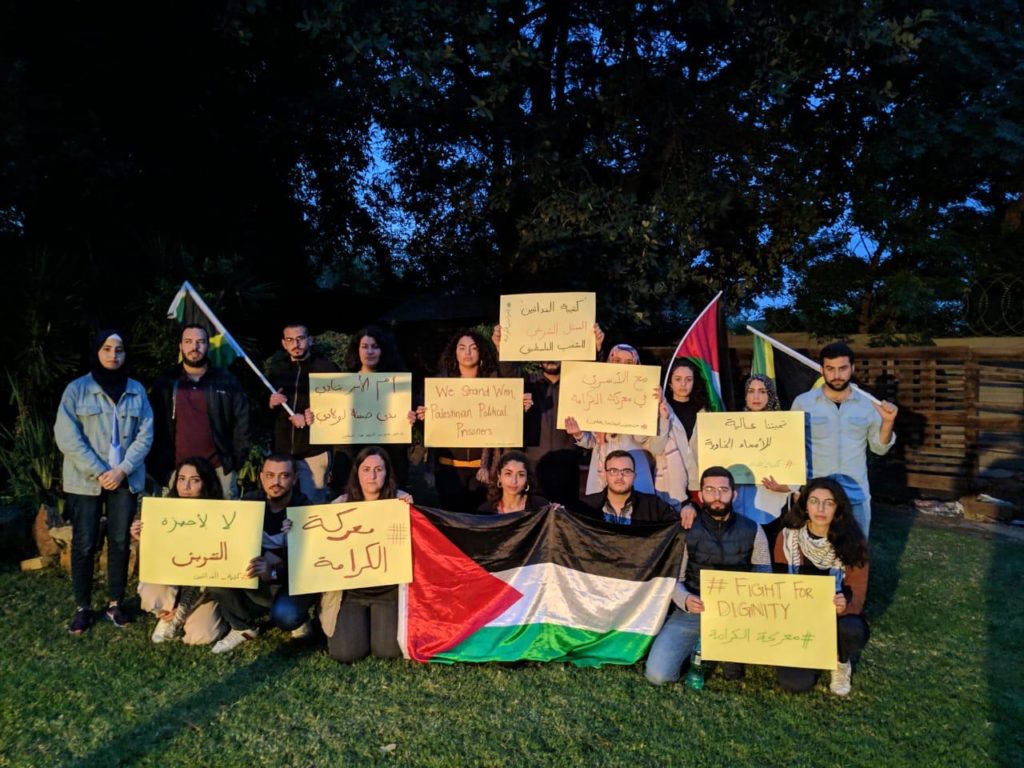 “We, a group of Palestinian youth from the diaspora and occupied Palestine in South Africa, are part of a youth delegation. We call out to support the resistance of the prisoners with their empty stomachs, who represent the front line and the vanguard of the struggle with the Zionist oppressor. With their iron will, the prisoners’ movement in the Zionist prisons declares a new battle of heroic struggle, this time against the “jammers,” as part of their continuous struggle to win their freedom and confront the policies of isolation.

We emphasize that all of the steps of struggle taken by the prisoners’ movement, and with it the Palestinian resistance, come within the lessons taken from the historic confrontation with the occupier and the colonizer.

As Palestinian youth, we affirm that it is imperative that the leadership of the Palestinian parties and the Palestinian national movement escalate their role seriously and directly. The work of liberating the prisoners’ movement from the occupation prisons must become a national obligation that is dealt with as a central issue in the programs of daily work, rather than abandoning the prisoners’ movement in line with Zionist projects to cut the allocations of prisoners and besiege their families.

We also urge the masses of our Palestinian people in the diaspora and in occupied Palestine in general, and the Palestinian youth forces in particular, to embrace the cause of the prisoners and their ongoing battle, and to escalate the direct confrontation everywhere against the Zionist project until the liberation of the entire occupied Palestine.”