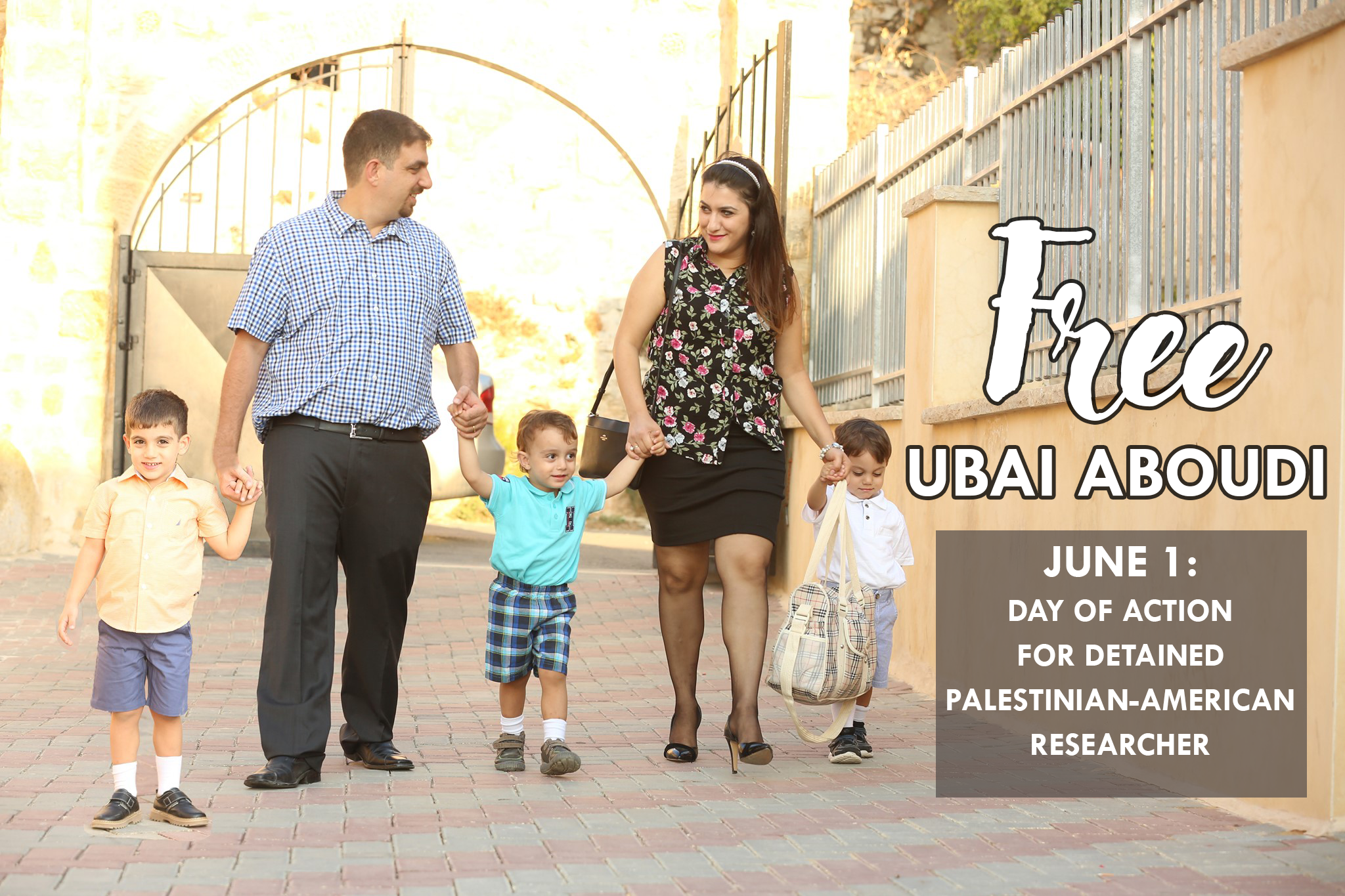 Palestinian-American researcher Ubai Aboudi, executive director of the Bisan Center for Research and Development, was abducted from his home by Israeli occupation forces on 13 November, 2019 and put in detention without charge.

Ubai, who had been working with Scientists for Palestine to organize the Third International Meeting on Science in Palestine, which took place on 10-12 January, 2020 at the Massachusetts Institute of Technology, was later transferred from “administrative detention” to an Israeli military court.

And despite Ubai’s United States citizenship, as well as the U.S. government’s $3.8 billion in annual military aid to Israel, the U.S. has largely left Ubai and Hind Shraydeh, his wife and the mother of their three children, to suffer alone.

On Monday, 1 June – one day before he faces his next military court heariing – take action to demand freedom for Ubai and 4,700 other Palestinian political prisoners.

Resources on the Case of Ubai Aboudi