The following is primarily translated from the French original at Collectif Palestine Vaincra: 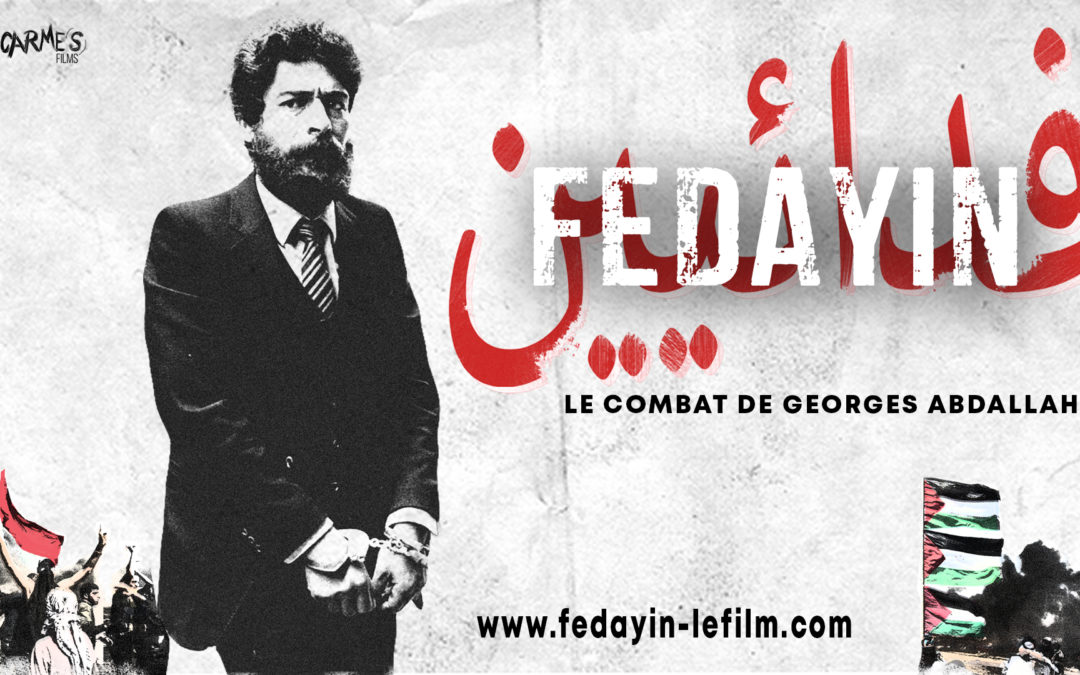 On 28 May, the online fundraiser for “Fedayin: The Struggle of Georges Abdallah,” a documentary film by Vacarme(s) Films currently in production, was suddenly shut down by online fundraising site lepotcommun.fr. Le Pot Commun is a commonly used fundraising site in France, similar to GoFundMe, LaunchGood or similar sites in English. The fundraiser was shut down without explanation after over 8000 EUR had already been raised. Samidoun, along with many other organizations, previously shared the fundraiser for the film, which is in final production stages after over a year and a half of work.

Georges Abdallah, a Lebanese Communist struggler for Palestine, has been imprisoned in French jails for over 35 years. He is recognized by the Palestinian prisoners’ movement as a fellow prisoner for the Palestinian cause, and the campaign for his release has been accumulating a growing base of support in both France and Lebanon. Among those interviewed for the film include Khaled Barakat, Palestinian writer and activist; Charlotte Kates, Samidoun international coordinator; and Mohammed Khatib, Samidoun Europe coordinator, in addition to many longtime activists in Europe and Lebanon and Georges’ family and comrades.

The 8000 EUR remaining in the fundraising account was being used to obtain licenses for archival materials and pay technicians for editing work and post-production. To date, lepotcommun.fr has still not provided a meaningful explanation for the closure of the fundraising page.

In a press release from Vacarme(s) Films Collective, the directors and producers of the film noted that: “The company’s customer service representatives stated that the fundraiser did not comply with their General Conditions of Use, which led their compliance department to delete our fundraiser as well as our account. This is a very surprising statement. First of all, customer service was unable to provide contact details of the Compliance Department. They also failed to specify which part of the General Conditions of Use had been allegedly breached. The situation is all the more unexpected as many documentary films have been financed through fundraisers at lepotcommun.fr. One thing is certain, this attitude on the part of the company is akin to an unacceptable form of censorship aimed at silencing a cinematic work on the life and struggle of Georges Abdallah.”

A new fundraiser has been established at cotizup.com to support the film. It has already raised over 7500 EUR following the closure of the previous fundraiser, but more is needed in order to complete this important film. Samidoun Palestinian Prisoner Solidarity Network supports this fundraiser and the “Fedayin” film project and urges supporters and friends to contribute online at this link: https://www.cotizup.com/fedayin

For over 35 years, Georges Ibrahim Abdallah has been imprisoned. A Lebanese communist engaged in resistance alongside Palestinian fighters, he has been imprisoned by the French judicial system and successive governments since 1984. Beyond the judicial harassment to which he has been subjected, this documentary film will trace the political course of Georges Abdallah and seeks to show how his ideas and struggle are still vital and necessary.

The film takes us to Lebanon, to the Palestinian refugee camps, where he forged himself politically. We follow his engagement in the Palestinian resistance and against the Israeli occupation with the FARL (Lebanese Revolutionary Armed Fractions), a commitment that will take him to France in the 1980s, where he will be sentenced for complicity in murder. Through a series of interviews (in France, Lebanon, Belgium and Germany), we go to meet his family, his lawyer, his supporters, his friends and people who have rubbed shoulders with him. With them, we trace a life of resistance to imperialism and Zionist occupation.

In order to have a better understanding of the environment in which the struggle of Georges Abdallah was born, we chose to go to Lebanon, Berlin, Brussels and several cities of France to meet his comrades in struggle, his family and his supporters.

In Lebanon, we spent several days in the Palestinian refugee camps in Saida, Beirut and Tripoli. We were warmly guided in the footsteps of Georges Abdallah to Kobayat, his native village, and to the places he frequented.