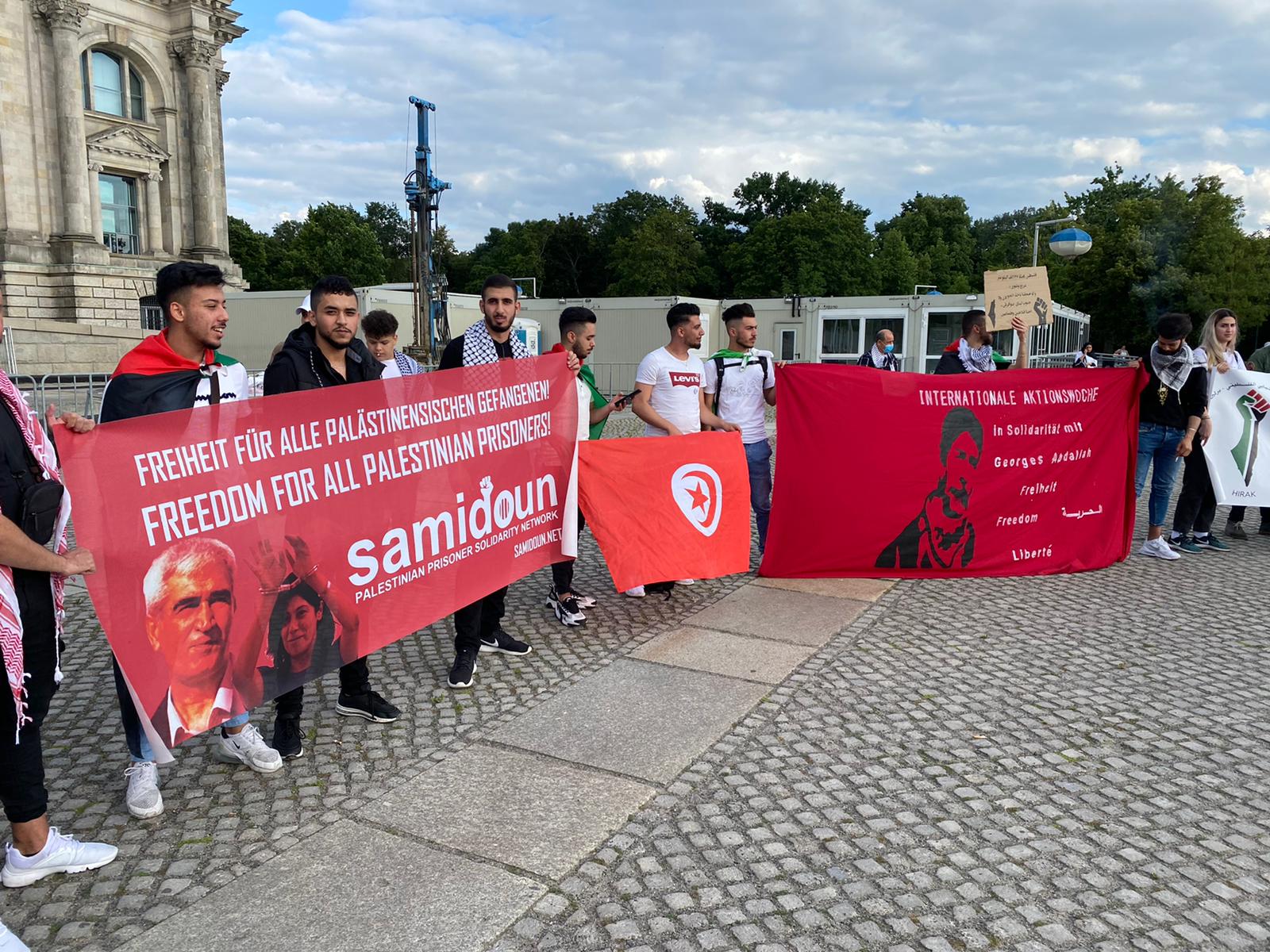 Palestinian youth in Berlin led a demonstration on Friday, 3 July outside the Bundestag, the German parliament, denouncing Israeli annexation plans and calling for justice and liberation for Palestine. The rally was organized by Palästina Spricht Palestine Speaks, HIRAK (the Palestinian Youth Mobilization in Berlin) and Samidoun Palestinian Prisoner Solidarity Network. Many organizations joined the protest, including Jewish Voices for a Just Peace, a range of Palestinian community groups and solidarity and social justice organizers. 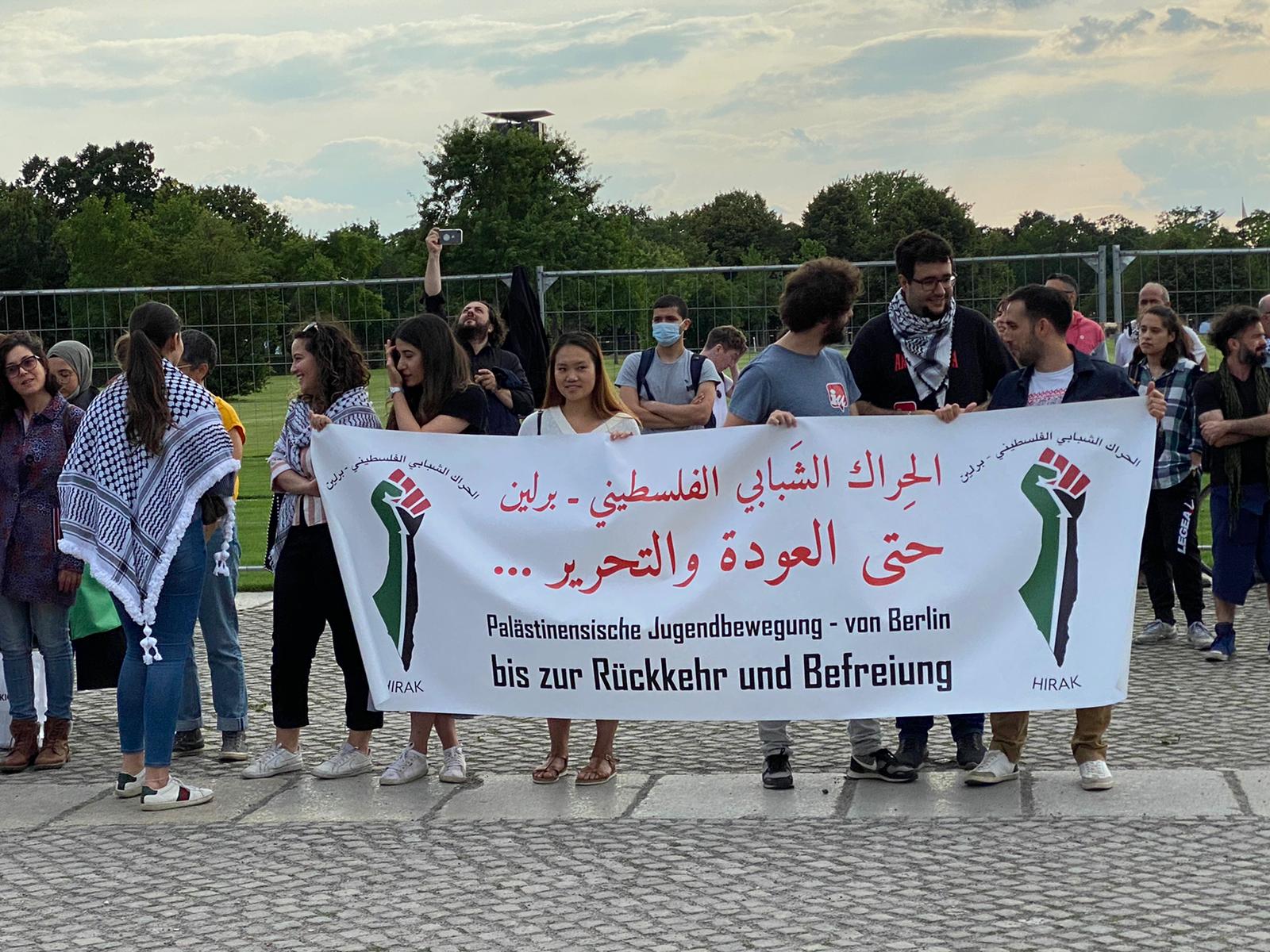 The large demonstration filled the area in front of the Bundestag with Palestinian flags and calls for justice and liberation, making clear that despite the various repressive attacks undertaken against Palestinian community and Palestine solidarity organizing by the German state, the voice of Palestine continues to be heard.

In the speech on behalf of HIRAK and Samidoun, Ali emphasized that Zionist colonization and its expansionist settler colonial nature continue to attack the Palestinian land and people, fully supported by U.S. and European imperialism.

He urged Palestinians and Arabs inside outside Palestine to organize and take part in the liberation struggle against Zionism, imperialism and reactionary regimes.

Speakers in German, English and Arabic emphasized their commitment to justice for Palestine and rejection of all attempts to annex the Jordan Valley and illegal Israeli settlements, as well as their recognition that the most recent annexation threats are only the latest incarnation of over 72 years of crimes and displacement against the Palestinian people. Protesters also urged the boycott of Israel and meaningful international sanctions for Israel’s ongoing violations of Palestinian rights.

The Yafa Dabkeh Troupe performed traditional Palestinian dances to national songs, highlighting cultural resistance in the struggle for the return of Palestinian refugees and the liberation of Palestine.

As the demonstration concluded, participants joined in a collective dabkeh circle, waving the Palestinian flag high in front of the Bundestag. 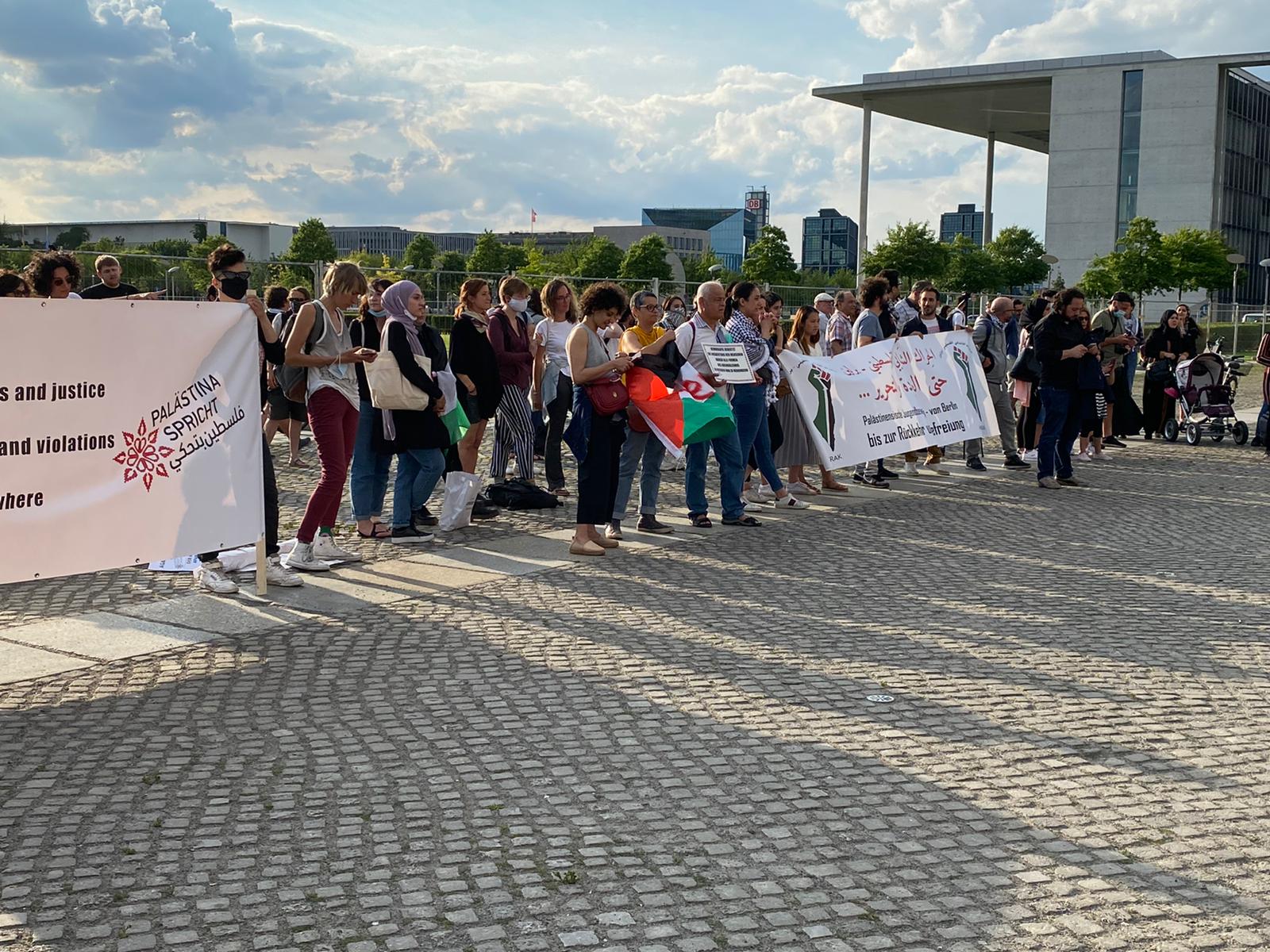 The protest in Berlin came as part of a series of actions in nearly 100 cities in Palestine and around the world, confronting annexation and the Zionist settler colonial project in Palestine and calling for the liberation of the land and people of Palestine.

Signs and banners at the protest denounced annexation and Israeli colonization, while highlighting the struggles of Palestinians for liberation.

Banners focused on the call to liberate Palestinian political prisoners, including the 5,000 Palestinians jailed in Israeli occupation prisons and Georges Ibrahim Abdallah, the Lebanese Arab Communist struggler for Palestine imprisoned in France for 35 years. 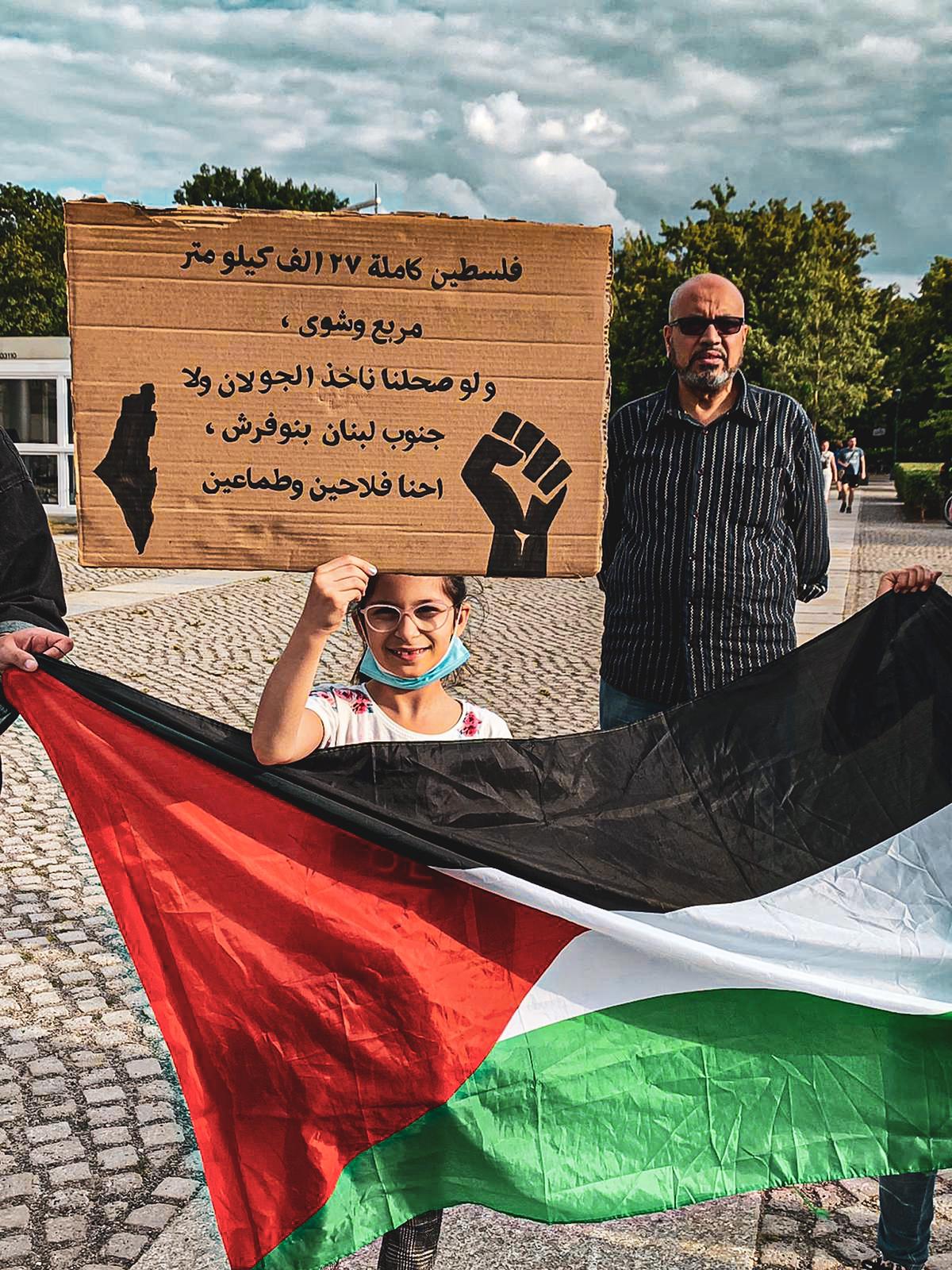