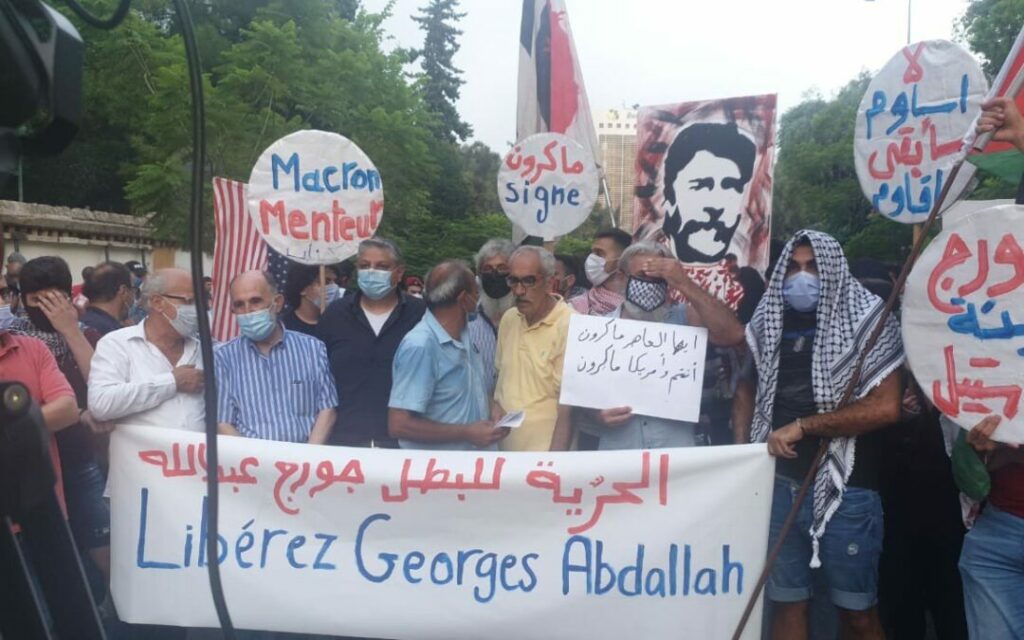 The following report is largely translated from the French at Collectif Palestine Vaincra, a member organization of the Samidoun Network:

On Monday, 31 August and Tuesday, 1 September, French president Emmanuel Macron once again returned to Beirut, the capital of Lebanon, as part of France’s campaign to impose “structural reforms” on Lebanon – according to the requirements of the International Monetary Fund, in exchange for humanitarian aid after the devastating 4 August explosion at the Beirut port. 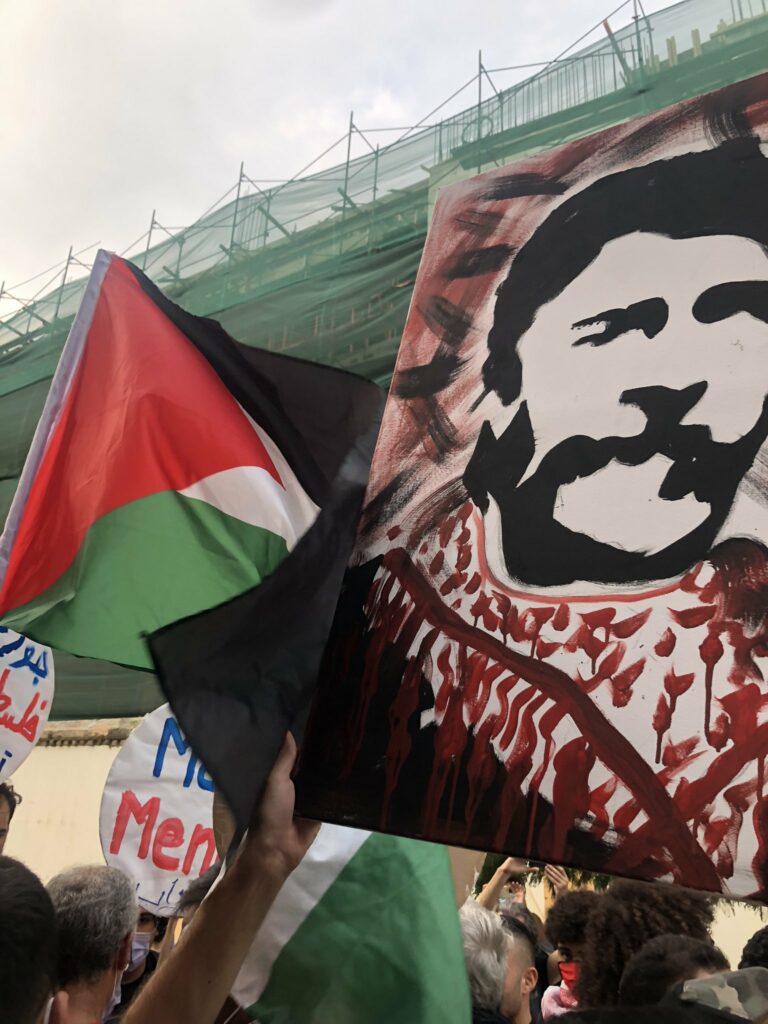 Macron’s visit was met with mobilization by supporters of Georges Abdallah, Lebanese Communist and struggler for Palestine, imprisoned in France for over 35 years. On Monday, 31 August, a Twitterstorm around the hashtag #MacronLibérezAbdallah by various committees, including the Collectif Palestine Vaincra and the Samidoun Network, generated thousands of tweets that reached over half a million people. The campaign denounced the relentless repression directed against the imprisoned Lebanese activist, who has been eligible for release since 1999 but has faced repeated interventions from the highest levels of the French state, refusing to allow his release and return to Lebanon.

On Tuesday, 1 September, the Campaign for the Liberation of Georges Abdallah in Lebanon organized a rally outside the French embassy in Beirut at 6 p.m.

Dozens of supporters of Georges Abdallah, including his family members, gathered to denounce the French state’s refusal to release the Lebanese Communist. Banners and posters carried the slogans: “Macron, liar!” and “Free Georges Abdallah!” Other signs denounced the normalization agreement between the United Arab Emirates and Israel, facilitated by the United States. 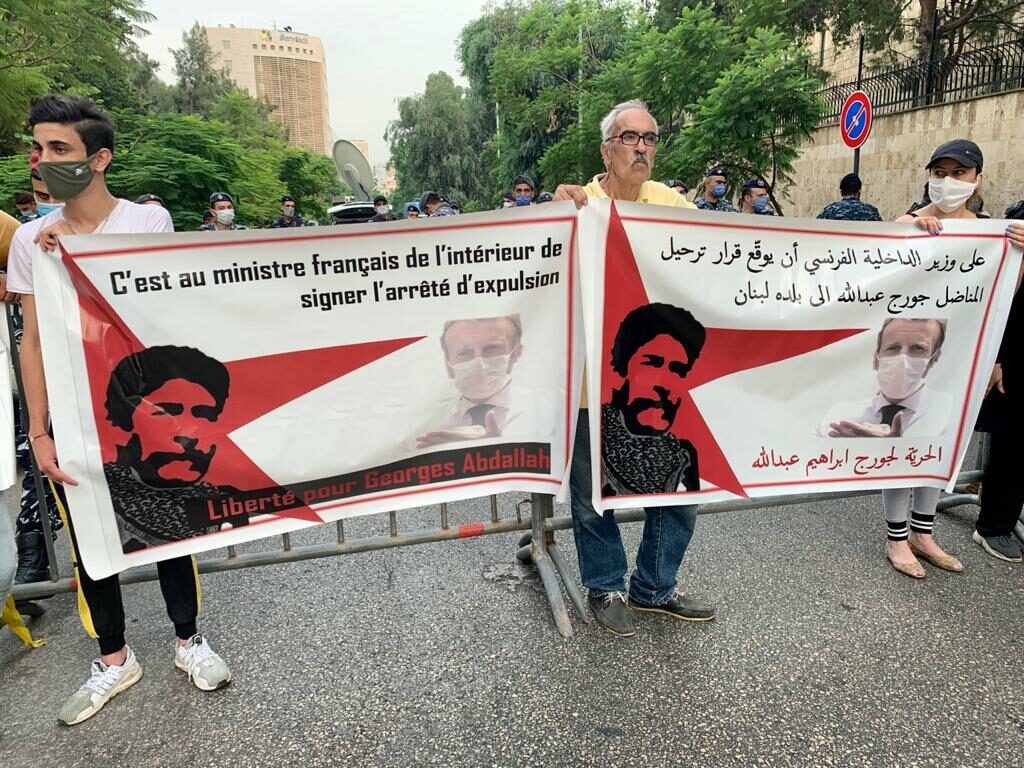 For over two hours, demonstrators spoke and chanted against imperialism and support of Georges Abdallah, one of the longest-held political prisoners in Europe. “Georges Abdallah resists!” “We are here to tell France: We will not forget Georges Abdallah!” “We will not rest before his release, we are his comrades, we will continue to fight!” 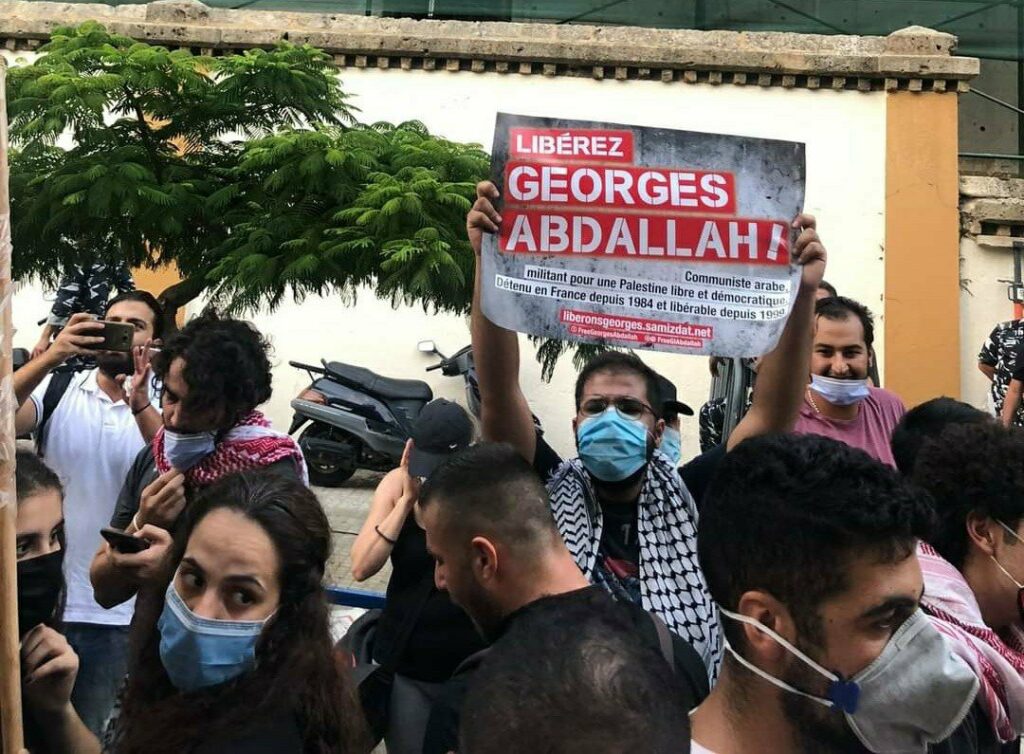 As the demonstration came to a close, Lebanese police fired tear gas against the crowd who tried to march past the roadblock, preventing access or even a close approach to the French embassy. 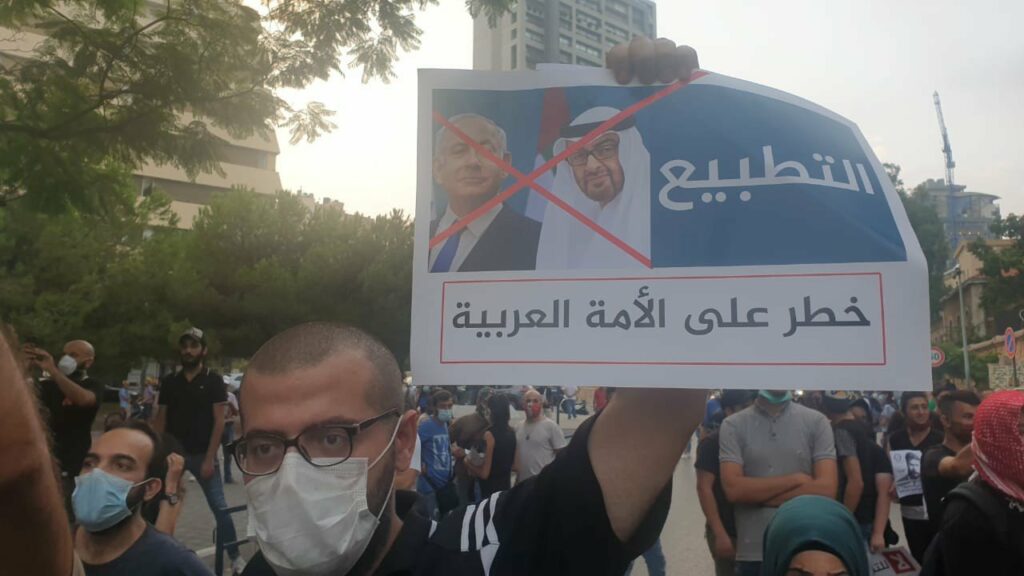 These mobilizations and the continuing call for the release of Georges Abdallah – especially in response to Macron’s colonial and neo-colonial machinations in Lebanon – illustrate the growth of the campaign for his freedom in Lebanon, France and internationally.

We urge all supporters of justice in Palestine and opponents of colonialism to join the annual demonstration in Lannemezan, France, in front of the prison where Georges Abdallah is held. The protest will march at 2 pm from the Lannemezan train station on Saturday, 24 October. 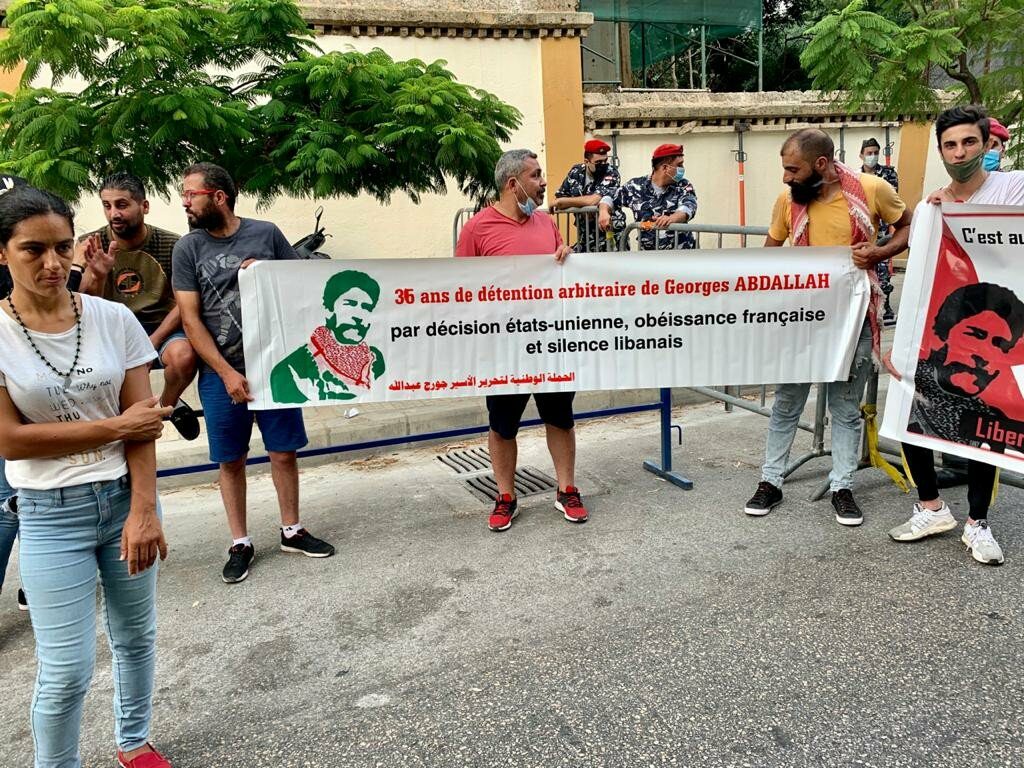