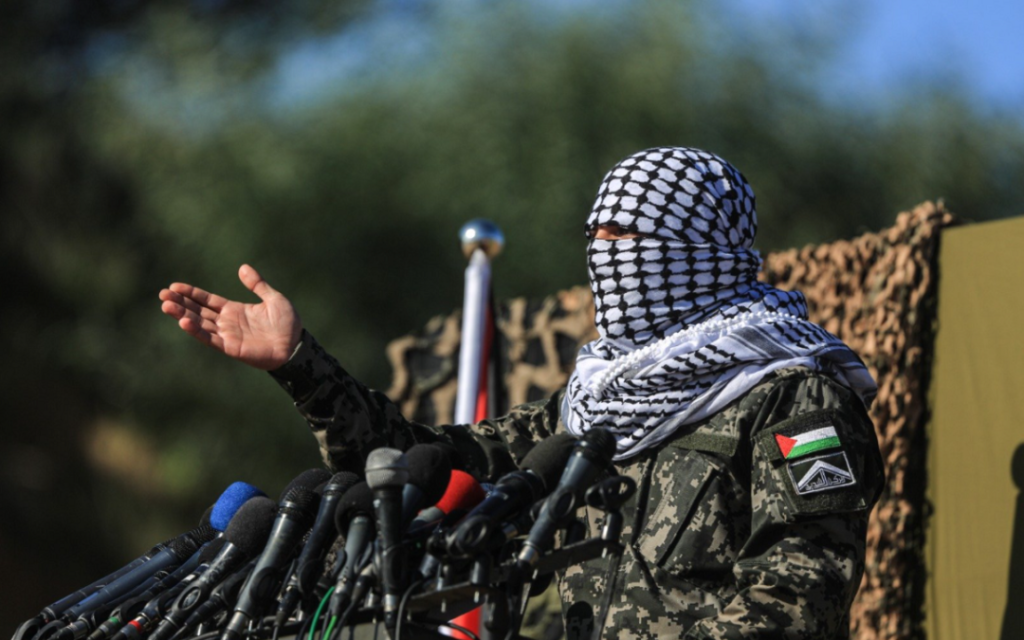 The following report is largely translated from the original French at Collectif Palestine Vaincra: https://palestinevaincra.com/2020/12/la-resistance-palestinienne-se-presente-unie-et-effectue-une-demonstration-de-force-a-gaza/

On Tuesday, 29 December, the Joint Chamber of the Palestinian resistance factions organized military drills in the Gaza Strip, on land, sea, and air. The joint military drills brought together 12 Palestinian armed branches of organizations, including the Ezzedine al-Qassam Brigades of Hamas, the Al-Quds Brigades of Palestinian Islamic Jihad and the Abu Ali Mustafa Brigades of the Popular Front for the Liberation of Palestine, as well as the National Resistance Brigades of the Democratic Front for the Liberation of Palestine, the Nasser Salah al-Din Brigades, the Al-Aqsa Martyrs Brigades – Al-Amoudi Brigade, Asifah Amy, Martyr Ayman Jouda Brigades, Martyr Abdel Qader al-Husseini Brigades, Mujahideen Brigades, Ansar Brigades and the Martyr Jihad Jibril Brigades.

In a statement issued the day prior to the military drills, the Palestinian organizations affirmed that this effort came “as part of the strengthening of cooperation and joint action between the resistance factions, embodying their efforts to increase their combat readiness in a permanent and continuous way.”

At a press conference, a representative of the Palestinian military resistance organizations spoke, appearing with his face covered with a traditional Palestinian keffiyeh and with a Palestinian flag patch on his arm, without the logo or flag of any of the factions. In his address, he emphasized Palestinian national unity in the resistance: “This effort clearly expresses the joint decision and unity between the wings of the resistance factions in all of their aspects…It is a simulation of what could happen in any real confrontation with the occupation, and a representative example of the capacity of the resistance to confront and respond to such events.” He added that “long years of struggle against the Israeli occupation have developed a unique experience of resistance, resting on solid foundations.”

Regardless of the scale of the military drills, the resistance spokesperson underlined that the program was defensive in nature, with its objective “to confirm the readiness of the resistance to defend our people in all cases and in all circumstances.” Hundreds of fighters from all organizations took part in the drills, during which several types of missiles were tested. Rockets were fired toward the sea and underwater exercises took place. In anticipation of the drills, fishers were prohibited from accessing the sea during the maneuvers, and the main coastal road was closed. The Israeli occupation army was on maximum alert during the exercises.