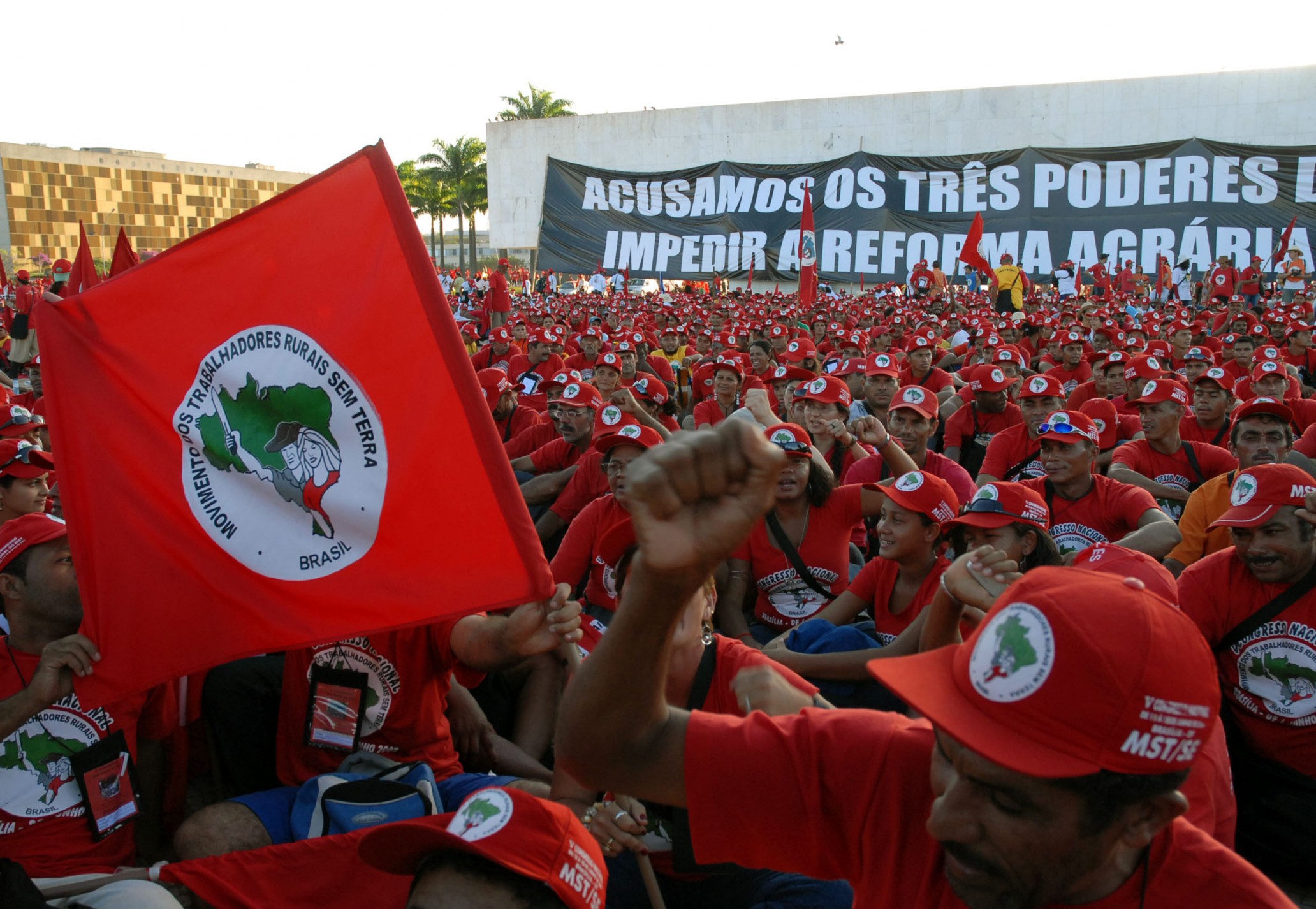 The Landless Workers’ Movement (MST) in Brazil is  a mass social movement, formed by rural workers and by all those who want to fight for land reform and against injustice and social inequality in rural areas. With an estimated 1.5 million members, the movement has led more than 2,500 land occupations, with about 370,000 families – families that today settled on 7.5 million hectares of land that they won as a result of the occupations. Through their organizing, these families continue to push for schools, credit for agricultural production and cooperatives, and access to health care.

The MST has continuously expressed solidarity with the Palestinian people, including supporting Palestinians’ right to resist Israeli aggression and calling for the freedom of Ahmad Sa’adat and all Palestinian prisoners. The MST issued the following statement in solidarity with Palestinians today confronting Israeli colonialism and fighting to defend their land in Sheikh Jarrah:

WE CONDEMN ISRAEL’S ATTACKS AGAINST THE PALESTINE PEOPLE AND DEMAND ISRAEL TO SUSPEND THE EVICTIONS IN SHEIKH JARRAH!

It is revolting and unacceptable that in the midst of a world pandemic and during the most holy month for Muslims, Israel will once again slaughter the Palestinian population in its own country!

In the last week, the attacks against Palestinians in the Gaza Strip and in Jerusalem have been several:

Zionists attacked a prayer room packed with Palestinians at the Al Aqsa Mosque in Jerusalem;

Israel has confirmed that it will maintain the eviction of 38 Palestinian families in the Sheikh Jarrah neighborhood of East Jerusalem;

The Israeli army sends war tanks against the Gaza Strip.

On the other side, Palestinians defend themselves by throwing stones at the police.

The Palestinian Resistance in Gaza has reacted legitimately to Israeli aggressions.

Most of the injured, 305 people, are Palestinians.

All those killed, at least 20 people, are Palestinians. Including nine children!

It is not a war, as there is only one army, that of Israel!

It is a massacre, which has been perpetrated against the Palestinian people for more than 70 years!

Israel has to be tried for crimes against humanity!

All our solidarity with the Palestinian People’s struggle for a Free Palestine, with Jerusalem as its capital!

Collective of International Relations of the MST