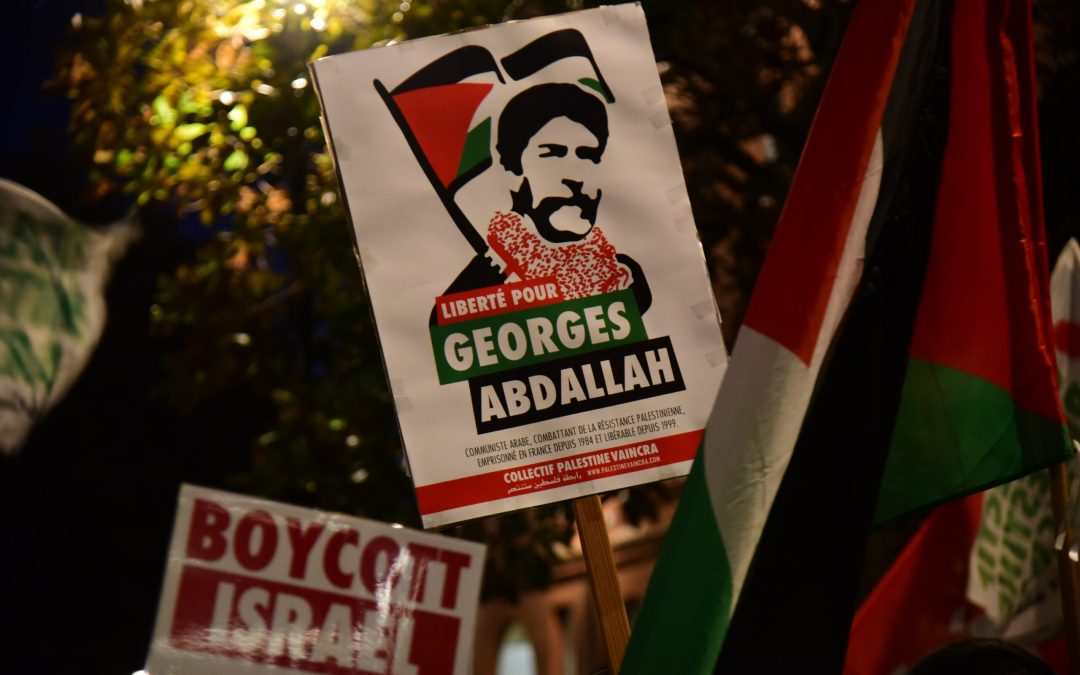 We republish the following statement of the Collectif Palestine Vaincra in response to the ruling of a French administrative court, which rejected a legal request to order the expulsion of Georges Abdallah from France to Lebanon. Abdallah, a Lebanese Arab Communist struggler for Palestine, has been imprisoned in France for over 37 years. The struggle continues for the liberation of Georges and all Palestinian prisoners!

Today, Thursday 10 February, the Administrative Court of Paris rendered its judgment and rejected the request to order the expulsion of Georges Abdallah from French territory. This appeal was filed more than a year ago by Abdallah’s lawyer Jean-Louis Chalanset, because Abdallah’s release has been conditioned on the signing of an expulsion order by the French Interior Minister. Abdallah has been eligible for release for nearly 23 years, since 1999. During that time, he made eight requests for parole, the last of which (in 2013) was accepted by the Sentence Enforcement Court at first instance and on appeal. This was conditioned on the signing of an expulsion order which was to be signed by the Minister of the Interior, Manuel Valls. Unsurprisingly, he refused to do so.

This new court decision confirms the political nature of the imprisonment of Georges Abdallah. If Georges Abdallah is the target of such relentless attacks, it is because he remains what he has always been: a Lebanese communist and a Palestinian resistance fighter. Engaged in the resistance against the Israeli occupation of Lebanon in the 1980s, he has today become a symbol of the struggle against imperialism, Zionism and the reactionary Arab regimes.

This new refusal to release Georges Abdallah reaffirms the need to continue the mobilization and to intensify it in France, in Lebanon and everywhere in the world. Year after year, the campaign grows and with it the struggle of Georges Abdallah. As the French presidential election approaches, we must put at the heart of this campaign the demand for the release of the man who has become the longest-held political prisoner in Europe. This is the meaning of the #Palestine2022 campaign that we invite you to join.