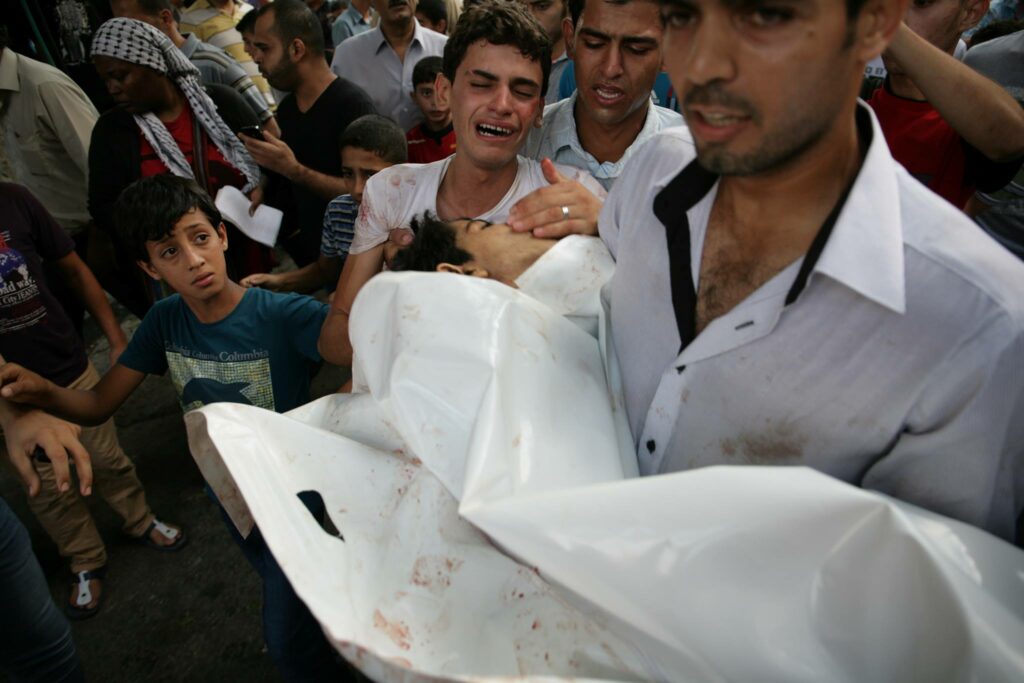 To protest against the complicity of the German Government in the War Crimes of the Israeli Government, I had planned to hold a vigil at one of these venues, but the entire areas around both have been declared closed areas, including the Kronprinzen and Moltke bridges that lead to the Chancellery. These are far-reaching attacks on the freedom of assembly.

I have notified the authorities that I will be holding a vigil at the Potsdamer Platz, Berlin, the venue of the current International Film Festival Berlinale.

I am also protesting in solidarity with Muhammad al-Qiq, a 33-year-old journalist from Dura, who has reached the consecutive 85th day of an open hunger strike against his indefinite imprisonment without charge or trial by Israel. There are approximately 5,000 political prisoners in Israeli jails.

Ahead of the sixth German-Israeli Government consultations, Chancellor Angela Merkel said that she wants to “look at the future together” with Israel. Germany plans to buy Israeli fighter drones and in exchange Germany will sell Israel nuclear-capable submarines. As justification Merkel has stated that there is “of course, always the responsibility for the Shoah”, which must be passed on from generation to generation. Merkel is right as because of the Shoah, Germany is culpable for the genocide and expulsion of the Palestinians as without the Shoah, Israel would not have been founded in 1948.

At present, Germany is complicit in Israel’s international crimes against the Palestinian people because Germany supports the Occupation militarily, financially, politically and culturally.

These two cabinets are due to meet on Tuesday 16 February, between 10am and 1.30pm and they have scheduled a media conference at the Chancellery at 1.30pm.