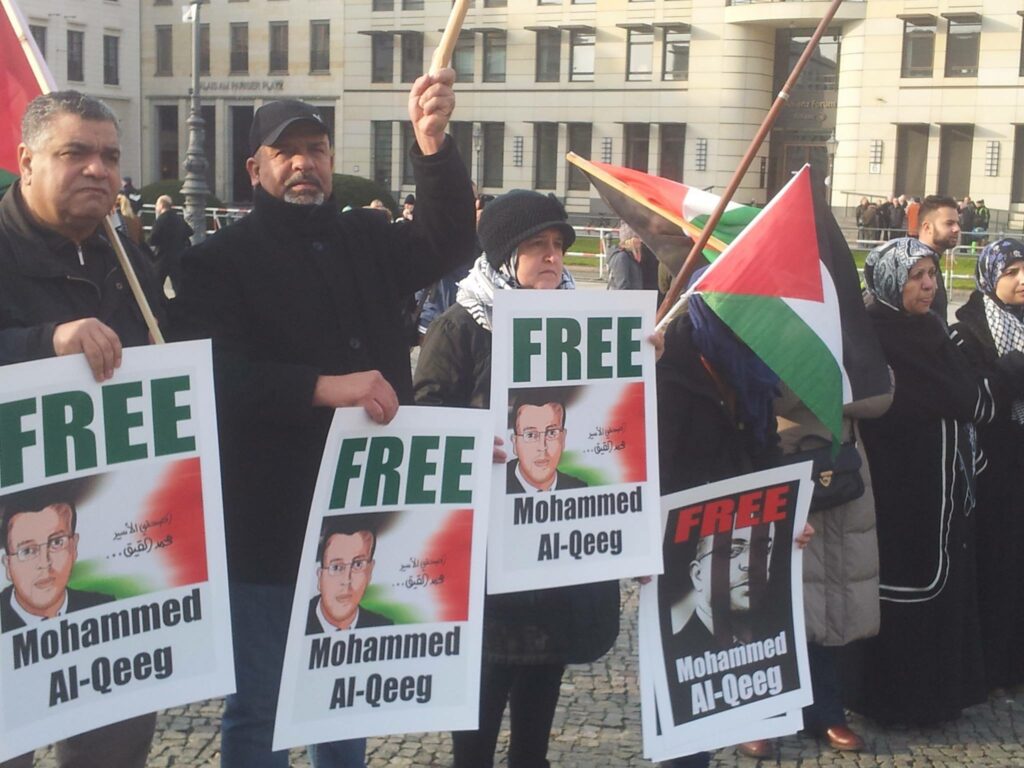 Arab and Palestinian organizations in Berlin, Germany came together on Friday, 19 February to protest for freedom for imprisoned Palestinian journalist Mohammed al-Qeeq, 33, as he entered his 87th day of hunger strike in protest of his detention without charge or trial. Despite the ostensible “suspension” of his administrative detention by the Israeli Supreme Court, he remains a prisoner in HaEmek hospital in Afula – denied transfer to a Palestinian hospital in Ramallah.

Al-Qeeq is in severely critical condition; he began his hunger strike on 25 November 2015, originally in protest of his torture under interrogation and then in protest of his imprisonment without charge or trial under administrative detention, alongside approximately 690 other Palestinians, among nearly 7,000 Palestinian prisoners in total held in Israeli occupation prisons.

Protesters demanded the immediate release of Al-Qeeq and called on the German government and the European Union to take action to pressure the Israeli state to free him.