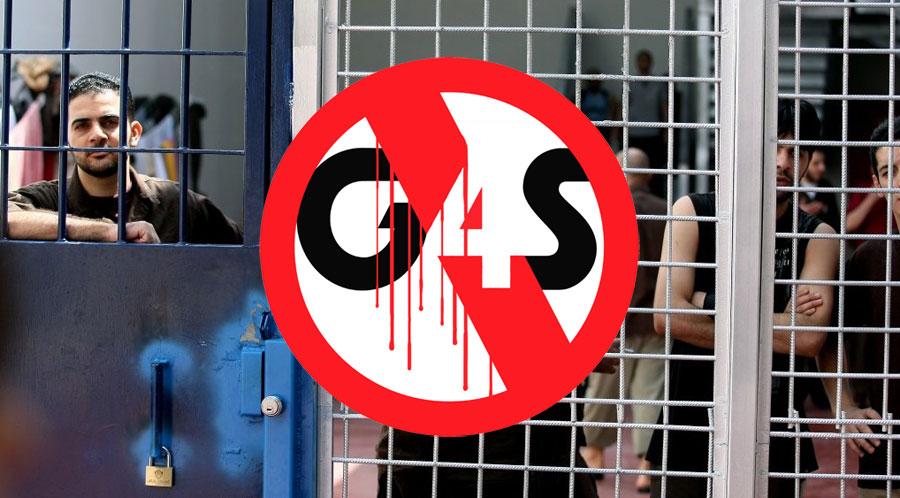 Samidoun Palestinian Prisoner Solidarity Network joined three more Canadian organizations in an official letter to the Canadian Air Transportation Security Authority on 1 February, calling on CATSA to dump G4S, the British-Danish security corporation that provides security systems, equipment and control rooms to Israeli prisons where Palestinian political prisoners are interrogated, tortured and jailed. G4S is the subject of an international boycott campaign; the boycott has been urged by Palestinian prisoners and is supported by hundreds of international organizations.

Here is a copy of the letter sent by 4 groups to the CATSA Chairperson regarding their contract with G4S.
Please sign and share our online petition if you would like to help the campaign.

We are writing to share our concern that currently the Canadian Air Transportation Security Authority has a $416 million contract with G4S Canada to provide security at over 20 Canadian airports until March 31, 2017.

Because of contracts with Israel which make it complicit in the maintenance of the repressive infrastructure of the occupation and apartheid state, G4S is the target of an international campaign for boycott and divestment.

Internationally, G4S has been implicated in human rights violations against indigenous people and poor rural communities, particularly in the Global South where the company provides security to international mining and oil and gas companies.

In recent years numerous institutions and governments have heeded the call for boycott and divestment from G4S including the Bill Gates Foundation, the British Broadcasting Corporation, the US United Methodist Church and the municipality of Durham County in North Carolina.

G4S profits daily from occupation, war crimes and human rights violations. Since other security options are available for Canadian airports, it is time for CATSA to side with human rights and refuse to deal with such an internationally disgraced company. We and other concerned people in Canada call for and insist that CATSA cancel their contract with G4S.

We look forward to your early reply,