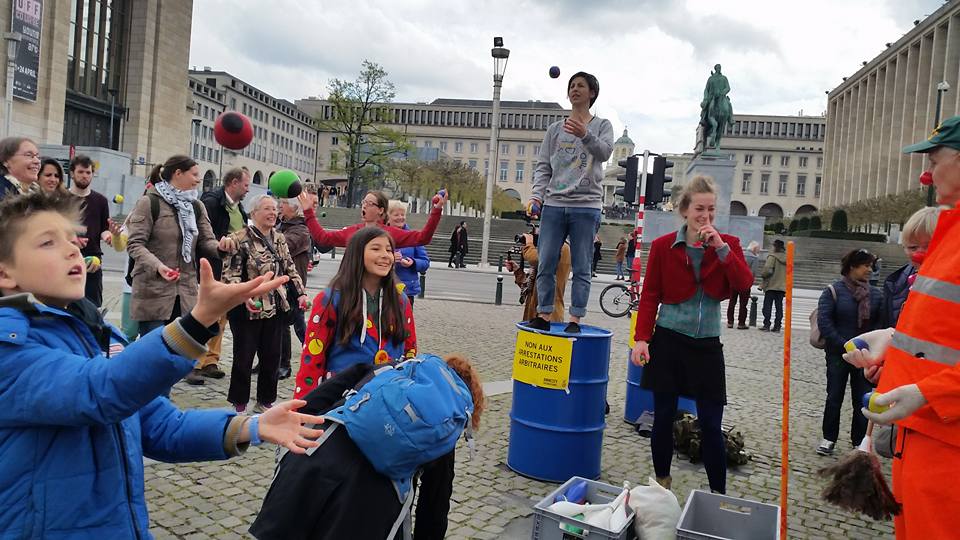 It was an afternoon of creative protest in Brussels, Belgium, as the Friends of the Palestinian Circus School juggled in solidarity at Place de l’Albertine with imprisoned Palestinian circus teacher and performer Mohammed Abu Sakha on Saturday, 16 April.

Abu Sakha, 24, is a teacher with the Palestinian Circus School, where Palestinian children learn circus performance and activities. He has toured internationally performing and in circus exchanges with European circus groups. On 14 December 2015, he was arrested by Israeli occupation forces as he traveled from his home in Jenin to the Circus School in Bir Zeit. He was ordered to six months in administrative detention without charge or trial. 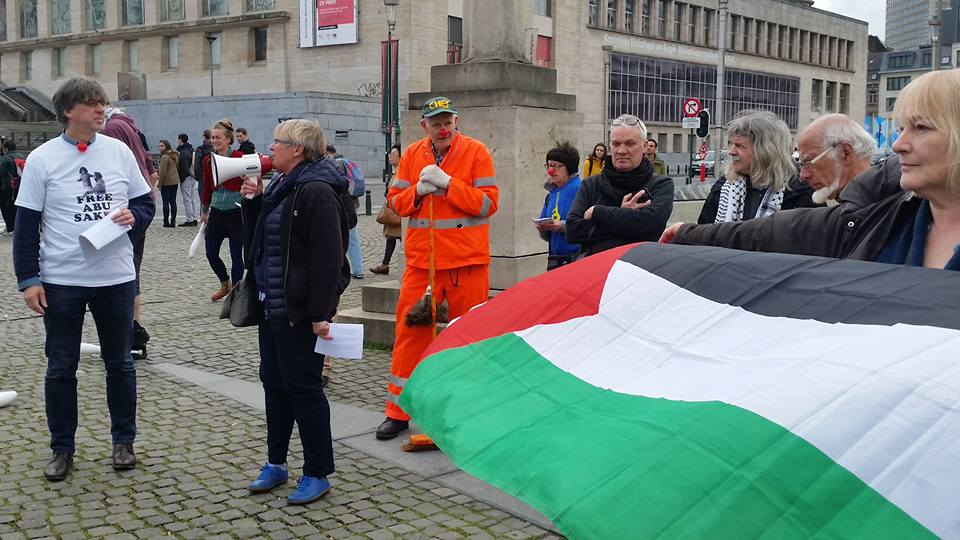 Abu Sakha’s case has won widespread support from international circus performers, musicians and artists, as well as NGOs like Amnesty International. In Brussels, performers with Circus Zonder Handen (Circus Without Walls) joined activists and artists from an array of groups in juggling and clowning for Abu Sakha’s freedom. Speakers from the Friends of the Palestinian Circus School and Mouvement PAC (Presence et Action Culturelles) spoke about Abu Sakha, the Palestinian Circus School and administrative detention while performers led demonstrations of juggling. Participants learned to juggle – and tossed balls into the air – calling out “Free Abu Sakha!” 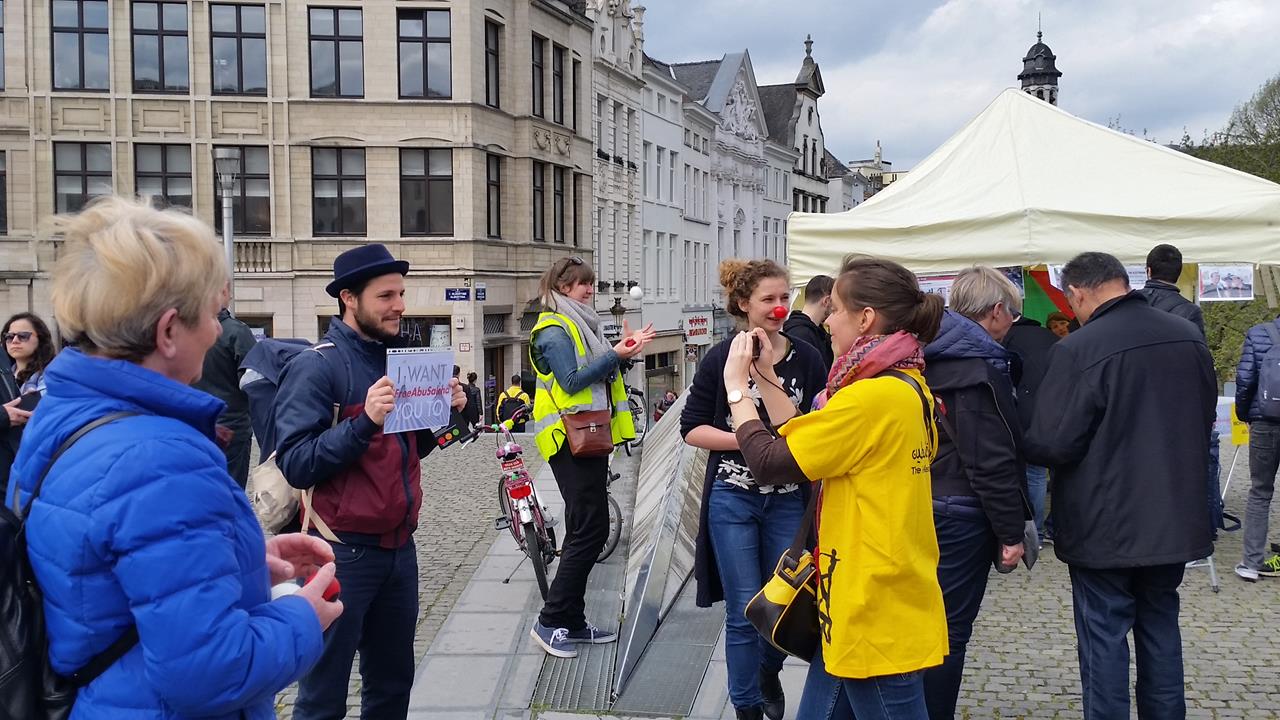 The juggling event was Brussels’ first event of the weekend marking Palestinian Prisoners’ Day. On Sunday, 17 April at 12 noon at Place de la Monnaie, Samidoun will join Association Belgo-Palestinienne, the Palestinian Community of Belgium and Luxembourg, Palestina Solidariteit, ECCP, Intal, the European Alliance in Defence of Palestinian Detainees, Plate-forme Charleroi Palestine and more to stand in solidarity with Palestinian prisoners. The event will include performances for children, a photographic exhibition, and speakers and presentations.