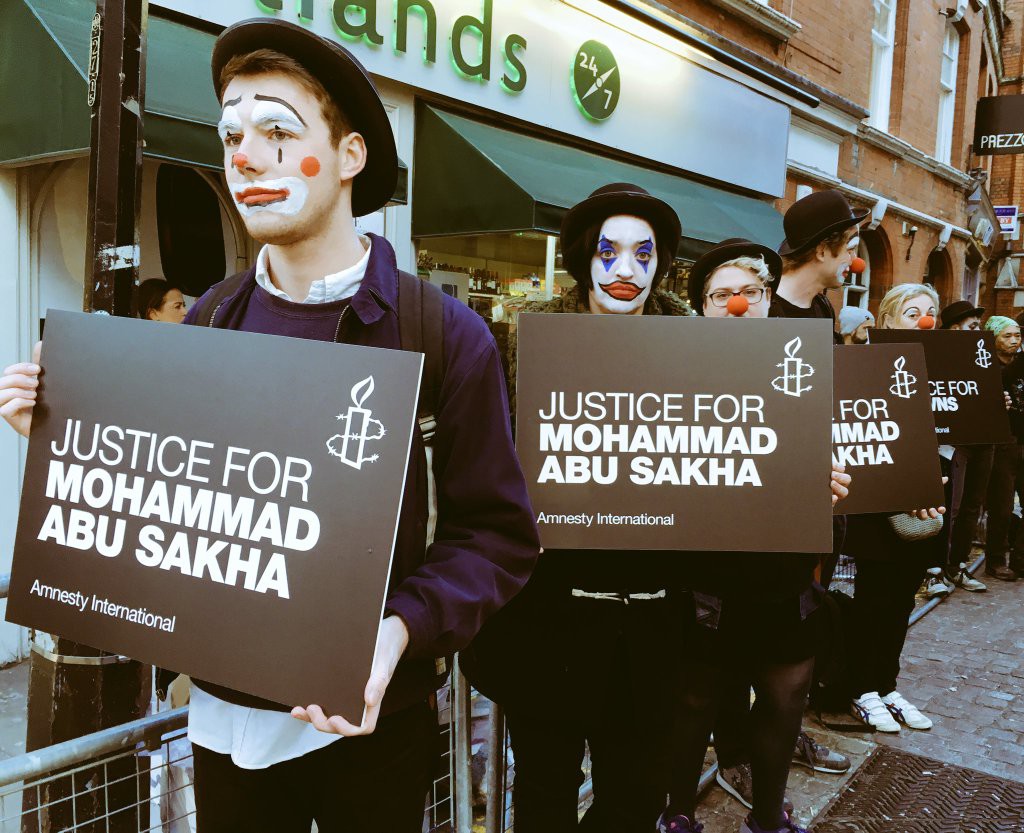 The appeal of Palestinian circus trainer and performer Mohammed Abu Sakha against his administrative detention without charge or trial was rejected by Israeli military courts on Thursday, 31 March, reported Addameer.

Abu Sakha, 24, was arrested by Israeli occupation forces at a checkpoint as he traveled from his home to his workplace at the Palestinian Circus School, where he specializes in teaching children with intellectual disabilities. Abu Sakha has performed with the school and its circus troupe around the world.

He was ordered to administrative detention for six months by military order, confirmed by a military court; he was accused of nothing and faced no trial. People around the world – including international circus artists and performers and Amnesty International – have launched a solidarity campaign demanding his release. His appeal was heard in the military courts on 21 March.

Events and actions in London, New York, Brussels, Heidelberg, Madrid, Switzerland, Toulose and more have demanded Abu Sakha’s release, often including theatrical elements of performance and circus. Amnesty International’s campaign has included outdoor protests as well as online actions that have been supported by tens of thousands. Upcoming events focused on Abu Sakha are planned in Brussels, London and elsewhere.

3. Organize a protest performance – or a simple leaflet distribution – in your community. Hand out the “Free Abu Sakha” leaflets  and help support freedom for an imprisoned Palestinian artist. Share it with Samidoun and the Free Abu Sakha campaign facebook.