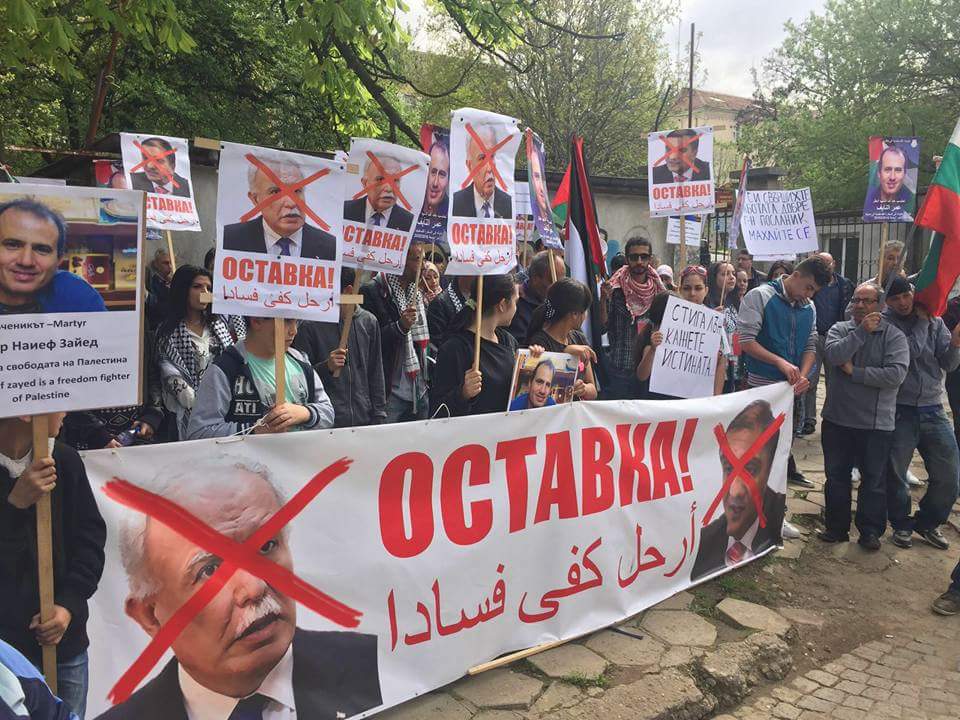 As part of an international call for action, the Palestinian Community in Bulgaria protested outside the Palestinian embassy in Sofia on Friday 8 April, demanding the dismissal of Foreign Minister Riyad al-Malki, and Palestinian ambassador Ahmad al-Madhbouh, as well as the summoning of Madhbouh and other security staff at the embassy for direct questioning and investigation in their role in the death of Palestinian martyr Omar Nayef Zayed.

The demonstration on 8 April followed one three days prior, outside the office of the Bulgarian President in Sofia calling for justice and accountability in the death of Omar Nayef Zayed in the Palestinian embassy in Sofia on 26 February. Community members delivered two letters, to the President and Prime Minister of Bulgaria, calling for intensified investigations and the release of the forensic report and autopsy results in martyr Nayef Zayed’s case.

Protesters burned an image of the Israeli flag as well as images of Malki and Madhbouh, who appeared on posters with the slogan “Resign!”.

Nayef Zayed was found dead at the Palestinian Embassy in Sofia, where the former Palestinian prisoner had taken refuge since December 2015 following an Israeli extradition request and a Bulgarian police raid on his home. Nayef Zayed had escaped Israeli imprisonment in 1990 following a 40-day hunger strike and had made his home in Bulgaria for the past 22 years, where he married and had three children. His wife, Rania, and children have been leaders in the near-weekly protests in Sofia outside Bulgarian and Palestinian offices demanding accountability. 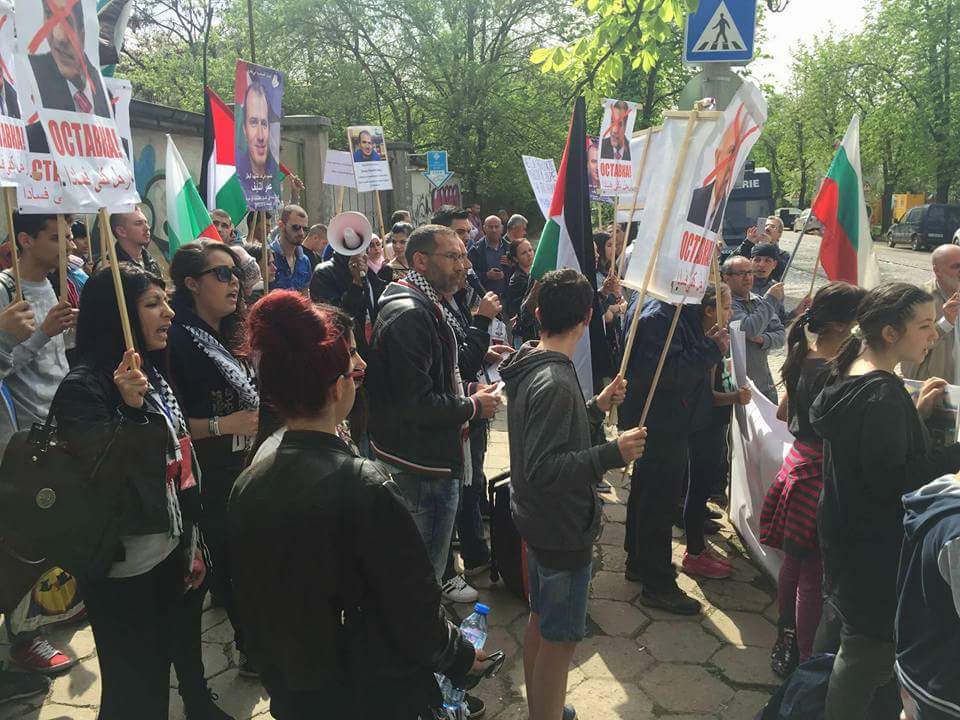 Palestinians and advocacy groups in Bulgaria and internationally have highlighted the role of the Israeli state, the Bulgarian government and the Palestinian Authority in the case. Charlotte Kates of Samidoun said, “When we look at the role of the Palestinian Authority in the death of Omar Nayef Zayed, what we see is that it is fully responsible as part of the triangle of responsibility that killed Omar: the Israeli secret services and extradition attempt; the Bulgarian government and security services that sought to deliver Omar to the Israeli state; and the Palestinian Authority, that was charged with protecting Omar within the embassy, but instead subjected him to constant pressure to leave the embassy rather than protect him or provide him with the security that he required and deserved.”

The Popular Front for the Liberation of Palestine, the leftist Palestinian political party with which Nayef Zayed was affiliated, has urged the dismissal of Malki and Madhbouh and the investigation of Madhbouh and other security staff.

The event in Sofia comes alongside protests and events in New York City, Copenhagen, Berlin, Hamburg, Wuppertal and elsewhere, marking the 40th day after Nayef Zayed’s death and demanding justice and accountability for those responsible.