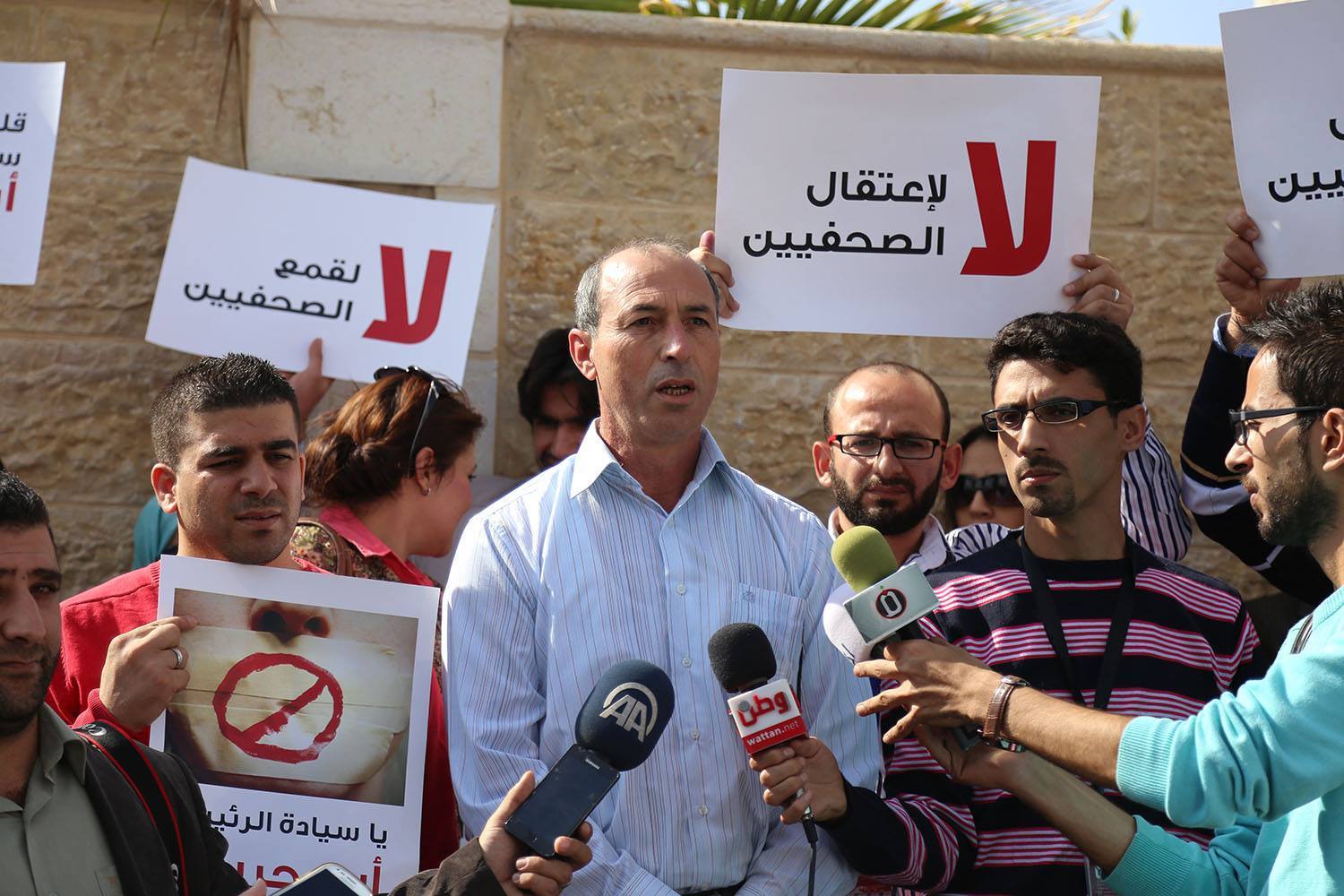 The following message was released from imprisoned Palestinian journalist Omar Nazzal on 3 May, World Press Freedom Day. Nazzal, member of the General Secretariat of the Palestinian Journalists Syndicate, was arrested by Israeli occupation forces at the border crossing with Jordan as he attempted to travel to Sarajevo to attend the General Meeting of the European Federation of Journalists. Nazzal was ordered to four months’ administrative detention – Israeli imprisonment without charge or trial – on 2 May; he is one of 18 imprisoned Palestinian journalists:

Greetings and congratulations to you on your freedom.

On this day, I would like to greet you, my colleagues and fellow journalists in Palestine and all free journalists around the world, on the occasion of World Press Freedom Day, which has been marked by the United Nations for a quarter of a century. The UN Security Council in its Resolution 2222 last year reaffirmed and called upon all countries to respect and preserve freedom of opinion and expression and provide protection for journalists.

The occupation state today is considered one of the most serious violators of international resolutions and conventions, including Article 19 of the Universal Declaration of Human Rights. In this context, I was arrested because of the expression of my views and positions, my work as a journalist and my defense of the human rights of journalists, and rejecting the ongoing attacks and violations by the occupation of the freedom of journalists, freedom of movement, and the right of movement for journalists. This includes my support for the efforts undertaken by the Journalists’ Syndicate to provide information on these issues in order to hold the leaders of the occupation accountable for these crimes to international courts of justice.

My arrest is a qualitative attack not only on the freedom of journalistic work, but also the freedom of labor and trade union organization. It is in this sense an attack on the Palestinian Journalists’ Syndicate and its leaders, including the president Nasser Abu Bakr and all membes of the Secretariat and Administrative Council of the union, an attack on the Democratic Journalists’ Assembly and my colleagues in the governing body of journalists.

This aggression is an additional escalation of the attacks which have impacted hundreds of journalists, including over 17 fellow journalists who are now in Israeli jails as witnesses to repression and tyranny.

I am following with pride and gratitude all movements of struggle and steps you have taken for our victory. Thank you for all of the supporters of journalists, including the Ministry of Information and all Palestinian, Arab, international, trade unions and associations of journalists, and human rights institutions. I urge you to continue your work in this direction and defend our rights against the occupation.

I pledge today on behalf of the imprisoned journalists, that our pens remain writing, our voices remain high, and our camera lenses remain open to document the crimes of the occupation and transmit them to the world, and of course pledge to you and my colleagues, that we will always uphold that our voice is higher than the whips of the occupation.

All support for your efforts and their growth. Long live the third of May.

Member of the General Secretariat of the Palestinian Journalists’ Syndicate
Secretary of the Democratic Assembly of Journalists
Ofer Prison, 3 May 2016