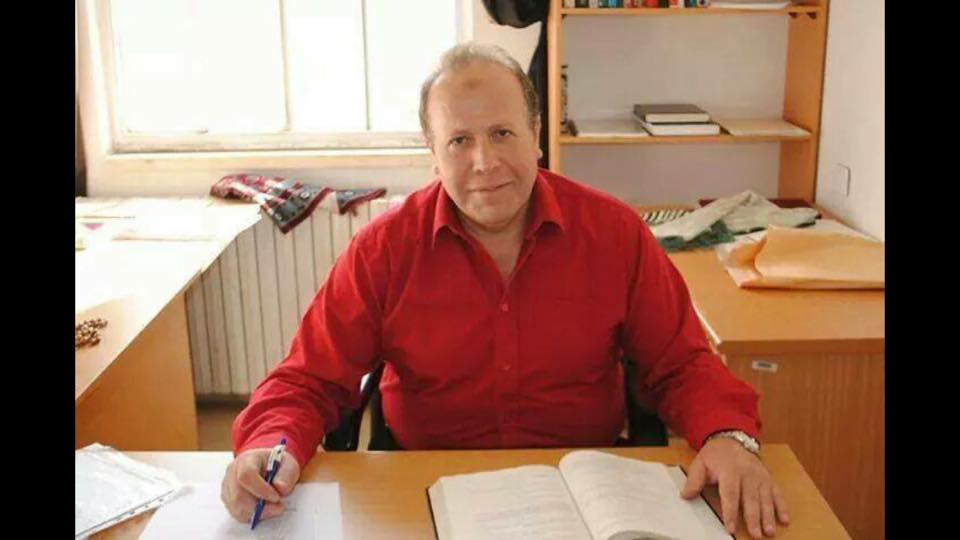 The following letter was sent by three European associations, the Association of Academics for the Respect of International Law in Palestine (AURDIP), the British Committee for the Universities of Palestine (BRICUP), and the Belgian Campaign for Academic and Cultural Boycott of Israel (BACBI) to the European Commissioner for Research, Science and Innovation, Carlos Moedas, urging action to release imprisoned Palestinian astrophysicist Imad Barghouthi, held under Israeli administrative detention without charge or trial. Original letter at AURDIP:

On 6 December 2014 Israeli occupation forces detained Imad Barghouthi, Professor of Theoretical Space Plasma Physics at Al-Quds University, as he sought to cross into Jordan to attend a meeting of the Arab Association of Astronomy and Space Sciences in the United Arab Emirates. In common with many other Palestinians, the Israelis held Professor Barghouthi without charge and hence with no means of obtaining justice. Fortunately for him, the Association of Academics for the Respect of International Law in Palestine (AURDIP), the British Committee for the Universities of Palestine (BRICUP) and other human rights organisations alerted the international scientific community, which raised its voice loudly enough to persuade the Israelis to release him [1]. Forty-seven days after his arrest he was permitted to return to his family and resume his academic work.

However, on Sunday 24 April this year Israeli occupation forces again arrested Professor Barghouthi, and on Monday 2 May, without charge or trial, he was sentenced to three months’ detention. This sentence, imposed under the emergency regulations introduced during the British Mandate, may be renewed indefinitely. According to Amnesty International and other human rights organisations, individuals held on this basis by the Israeli military authorities are frequently subject to violations of their fundamental rights, through torture and ill treatment during their interrogation and cruel and degrading treatment while in detention. But in any event, Israel’s use of these emergency regulations is contrary to its obligations as the occupying power since under international law individuals suspected of a criminal offence must, among other things, be informed of the reason for their arrest, charged with a specific offence and given a fair trial as quickly as possible.

We have begun to alert the international scientific community of Israel’s renewed detention of Professor Barghouthi. But we call upon you, Sir, to demonstrate your commitment to justice by insisting upon Israel’s obligations under its Association Agreement with the European Union and to use the means at your disposal to see that Israel respects these obligations.

As we wrote to you on 10 January 2015, Israel has access to the European Union’s research and innovation programmes on the same basis as member states of the European Union and has taken full advantage of this privilege. Access to these programmes is subject to certain very precise conditions concerning respect for fundamental rights. Article 2 of the EU-Israel Association Agreement stipulates that “relations between the parties must be based upon respect for human rights and democratic principles, guiding their domestic and international policies, and constitute an essential element of this Agreement.”

Israel’s latest arbitrary arrest of Professor Barghouthi is a serious violation of both the spirit and the letter of the Agreement. We therefore call upon you to use the authority of your office to see that Israel immediately releases Professor Barghouthi. We call for this as European citizens, or in some cases as academics with strong connections to Europe, who are concerned for the political and human values on which the European Union is founded. But we also do so as scholars who will do everything in our power to denounce and block EU-Israel agreements, if Israel continues to flout international law and the right of Palestinians to education.