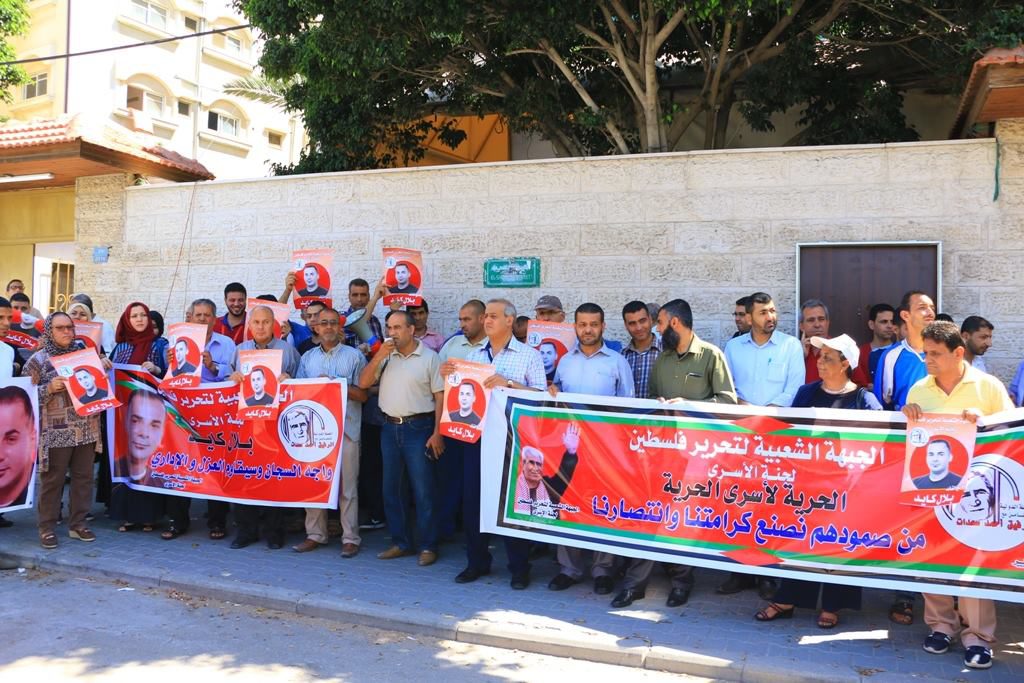 Palestinians in Gaza gathered on Monday morning, 20 June, outside the headquarters of the International Committee of the Red Cross (ICRC) in Gaza City, in a protest in support of Bilal Kayed, imprisoned in administrative detention in Israeli jails immediately following the expiration of his 14.5 year sentence on 13 June. Kayed has been on hunger strike for six days, while his comrades in the Popular Front for the Liberation of Palestine and fellow prisoners across political lines have launched collective protests demanding his freedom.

Families of prisoners, representatives of the Handala Center for Prisoners and Ex-Prisoners and the National and Islamic Forces, as well as PFLP members and leaders, participated in the demonstration, carrying posters and banners of Kayed, fellow prisoner Majd Oweida, and calling for freedom for all Palestinian prisoners. Former prisoner Ali Alsarafiti spoke at the event, urging the broadest support for Kayed’s strike and the collective struggle for his freedom, saying that it risks setting a dangerous precedent and becoming a systematic policy of the Israeli occupation, of ordering Palestinian prisoners to administrative detention immediately upon the completion of lengthy sentences. 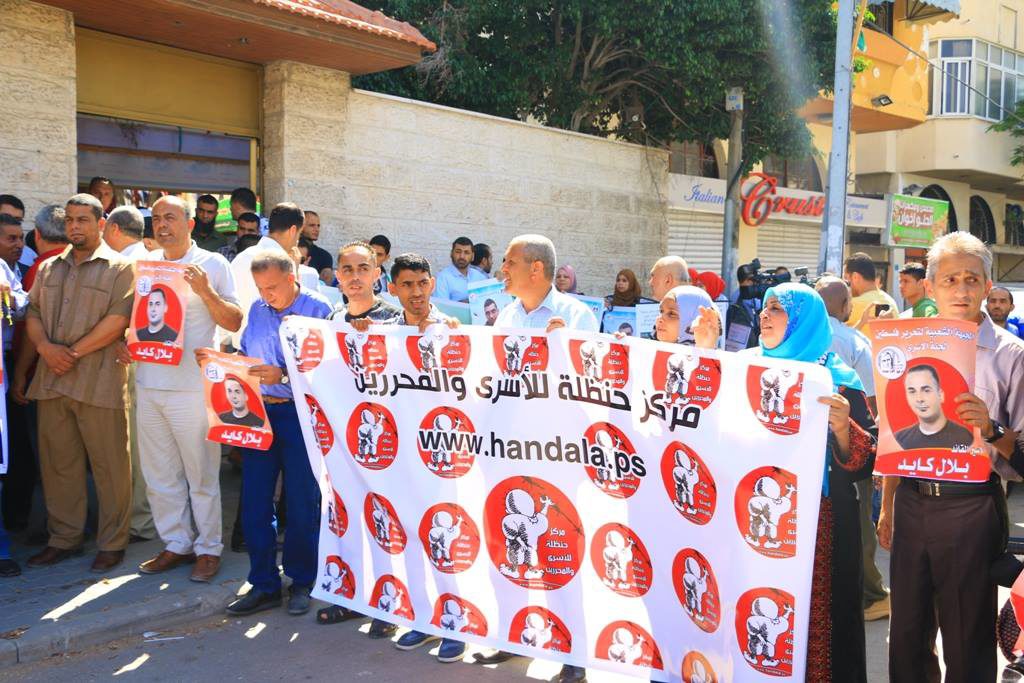 He also denounced the role of the ICRC in failing to uphold its duties to Palestinian prisoners, most notably in its recent announcement of cuts to family visits, saying that these cuts intersect with the systematic occupation policy against the prisoners. He demanded that the ICRC restore twice-monthly family visits and play an active role in defending actively defend the rights of prisoners and end its silence. 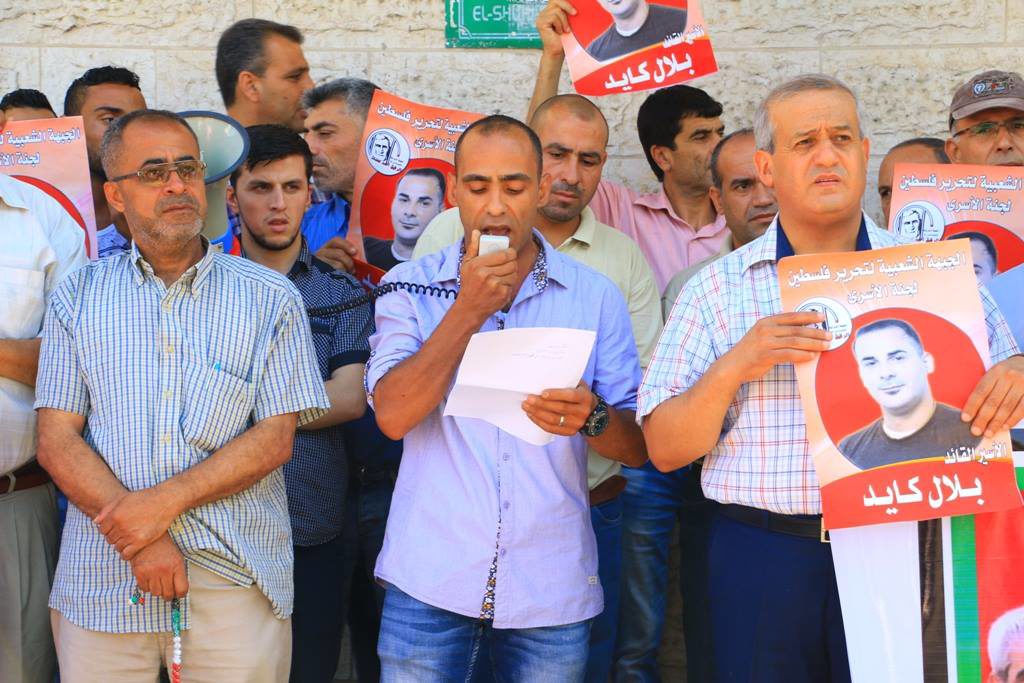 The protest also included a speech by the father of the imprisoned young Palestinian Majd Oweida, founder of “Palestine’s Got Talent,” urging release of his son abducted by Israeli occupation military at Erez crossing, where he had received a permit for travel to the West Bank.

The Gaza event came as Addameer Prisoner Support and Human Rights Association announced that their lawyer, Farah Bayadsi, had met with Kayed, describing his experience in isolation in Ramon prison:

“Mr. Kayed reported to Addameer attorney Farah Bayadsi that he has exhausted all judicial remedies with regards to his isolation and administrative detention and that he will continue his hunger strike without any negotiations. Mr. Kayed’s main demands are: to be immediately released, his removal from isolation and that of Mr. Musa Safwan, who is also on hunger strike.

Mr. Kayed reported to Addameer attorney Farah Bayadsi that his current isolation conditions are poor. The size of the cell is 3 X 3 meters, including a toilet, shower, sink, and a window. All electric devices were confiscated and Mr. Kayed only has two pairs of pants, two shirts, and toothpaste (without a toothbrush) in his possession.

Mr. Kayed’s health condition is deteriorating. He is losing weight, feeling dizziness, physical exhaustion and drowsiness, and suffers from redness in the eyes. He is only consuming water, without even salt supplements. Mr. Kayed has been subjected to disciplinary penalties by the Israeli Prison Service, including denial of canteen access, confiscation of newspapers and books, prohibition of fora (recreational time).”

The Palestinian youth group Al-Damaer, which works with Addameer in Arroub refugee camp, distributed over 400 bottles of water and dates at iftar time to passing cars in the camp on 19 June, including information on the Palestinian prisoners’ situation and the case of Kayed in particular; they also urged the boycott of Israeli goods. 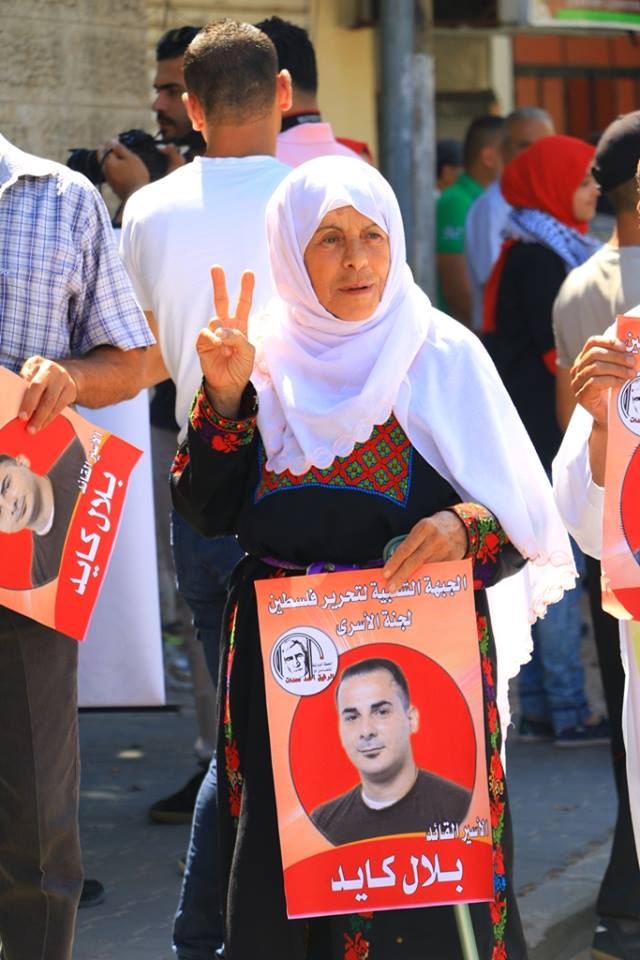 A march for Kayed’s freedom will take place on Tuesday, 21 June at Martyrs’ Square in Nablus; exiled Palestinians in Rashidiya refugee camp will also protest to demand Kayed’s freedom at 6 pm on Tuesday, 21 June. Over 100 Palestinian and international organizations have urged international actions and events in solidarity with Kayed, which are being organized or will take place in New York, Dublin, Amsterdam, Vancouver, Brussels, Paris, Berlin and other cities around the world.