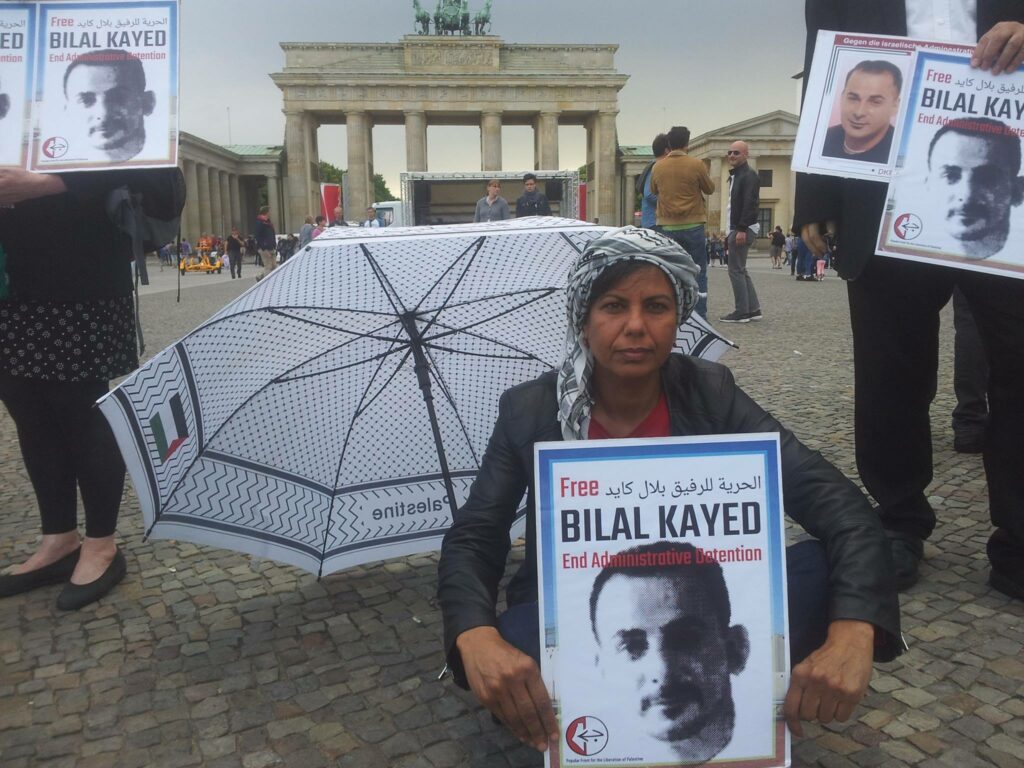 The 60 prisoners, affiliated with the leftist Palestinian party, the Popular Front for the Liberation of Palestine, are part of an ongoing plan of staggered collective strikes, actions and protests inside Israeli prisons to demand the liberation of Kayed, 35, who was ordered to administrative detention on Monday, 13 June after completing a 14.5 year sentence in Israeli prisons.

Kayed launched a hunger strike on 14 June in protest of his detention; his comrades and Palestinian prisoners generally have stated that they view this case as a potentially dangerous precedent threatening to imprison Palestinians indefinitely upon the completion of lengthy prison sentences. Administrative detention orders are indefinitely renewable, issued without charge or trial, and based on secret evidence. Kayed is one of over 700 Palestinians held under administrative detention in Israeli jails.

Over 100 international and Palestinian organizations have called for actions in support of Kayed’s freedom on 24 and 25 June; hundreds of prisoners will be conducting a two-day hunger strike protest on those days.