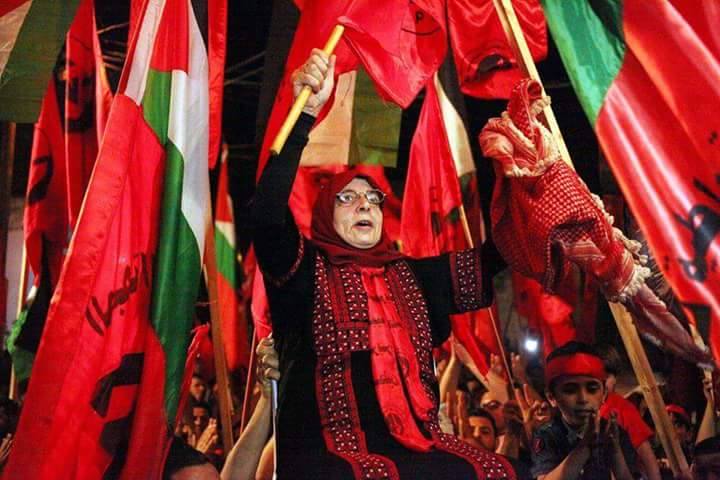 Palestinians in Asira al-Shamaliya, the hometown of prisoner Bilal Kayed, joined in a march and rally through the streets of the town on Saturday evening, 18 June, calling for Kayed’s immediate release from Israeli prison.

Kayed, 35, was ordered on 13 June to six months in administrative detention – imprisonment without charge or trial, under the order of the Israeli occupation military commander of the West Bank. The order came immediately upon the expiration of his 14.5 year prison sentence and as his family and comrades in Asira waited to celebrate his release.

Kayed – a known prisoner leader and a representative of prisoners of the Popular Front for the Liberation of Palestine – launched an open hunger strike on 14 June, as fellow prisoners have joined in collective protests and announced an escalating series of srikes and protests demanding his freedom. Kayed and fellow prisoners have identified his detention as a dangerous threat of indefinite detention without charge to all Palestinian prisoners reaching the end of lengthy sentences. 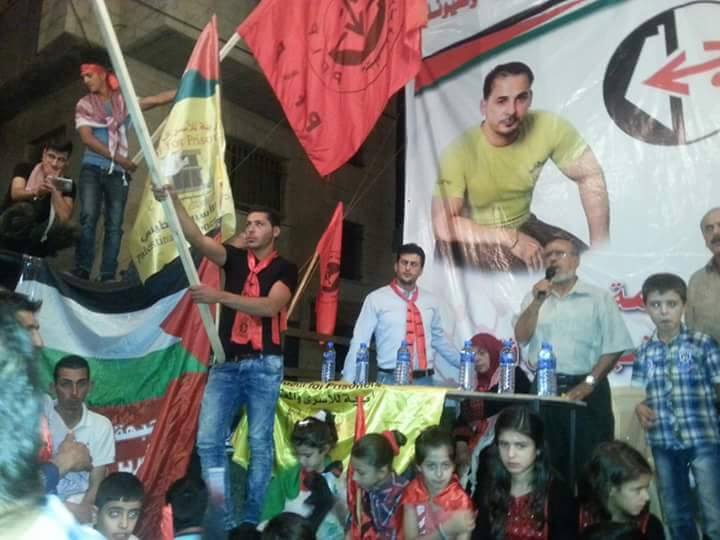 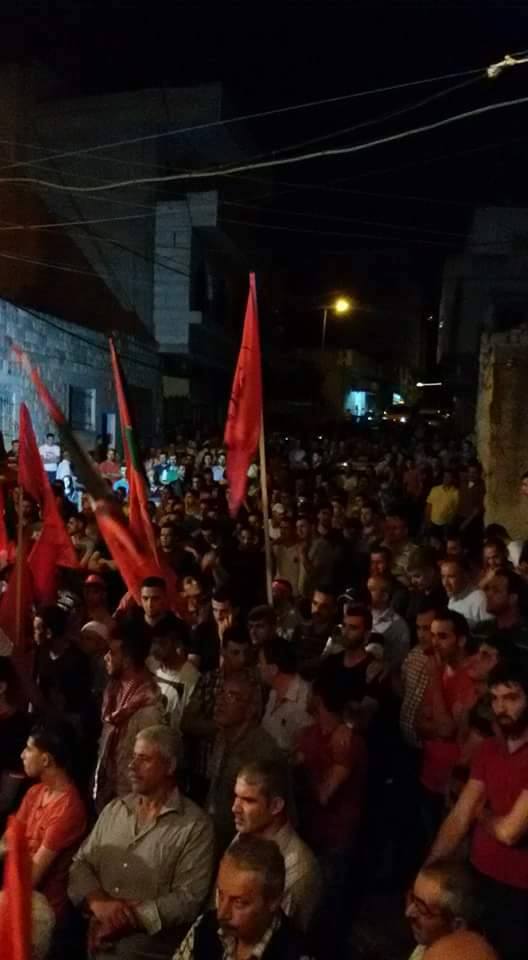 The demonstration in Asira was organized by the Palestinian Prisoners’ Committee, the Handala Center for Prisoners and Ex-Prisoners, the Prisoners’ Affairs Commission and the Palestinian Prisoners’ Society, as well as Kayed’s PFLP comrades, and drew large crowds from Asira and around the Nablus area, chanting for Kayed’s freedom. The march – led by Kayed’s mother, Rahiba Kayed, was followed by a press conference outside the family home.

Mohammed Khatib of Samidoun spoke to the rally via telephone, greeting the family of Kayed, the residents of Asira al-Shamaliya and Palestinians throughout the occupied homeland, saying that “it is our responsibility and duty as Palestinians in diaspora to stand with Bilal and all Palestinian prisoners. It is from the steadfastness of Bilal and the prisoners that we in the diaspora enhance our dedication and commitment to the liberation of Palestine.”

He noted that “at a time when Palestinian officials and Arab representatives participate in normalization at the Herzliya Israeli strategy conferences, Bilal and his comrades were gathering their strength for an open confrontation with the oppressor. Bilal and his fellow prisoners are the true leaders of the Palestinian people.”

Samidoun is currently organizing and working with groups internationally to organize events and actions calling for freedom for Kayed. Over 100 Palestinian and international organizations have joined in the call for actions on 24 and 25 June to free Kayed and end administrative detention. 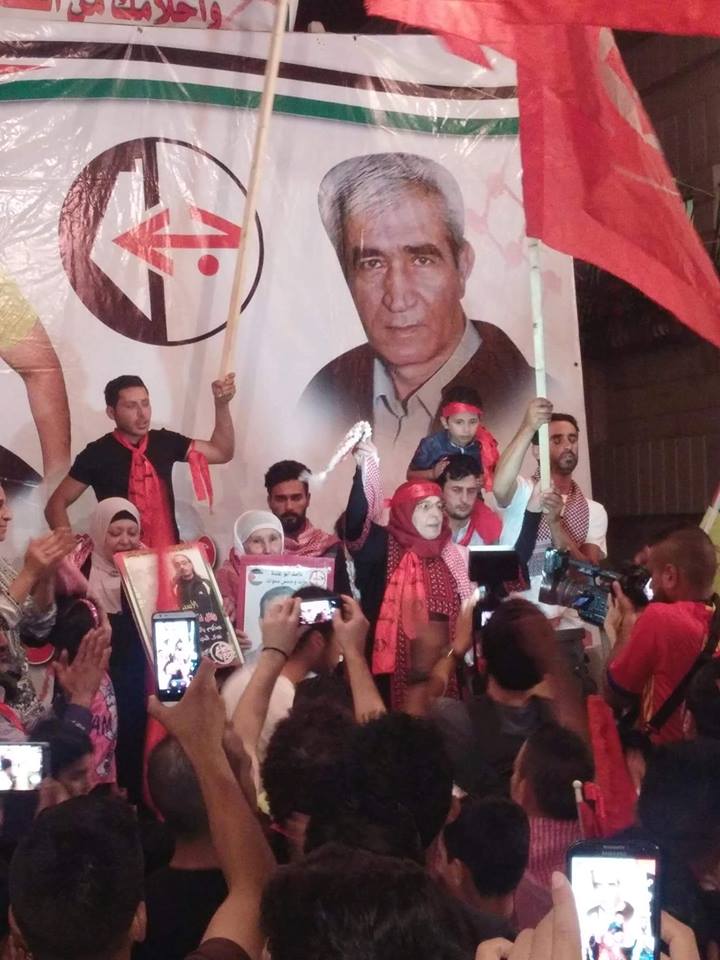 Maher Harb, the representative of the PFLP on the Palestinian political factions’ coordination committee, delivered a message on behalf of the PFLP members in Israeli prisons. Harb’s message called for “expanding mass action and popular events,” noting the “importance of the role of youth in the battle waged by Bilal and his comrades..and the importance of the Palestinian and Arab media in supporting events of solidarity with the prisoners and exposing the practices of the occupation.” Harb said that PFLP prisoners have been barred from family visits and locked down in their prison sections in retaliation for the strikes and protests for Kayed’s freedom. Harb urged people to “escalate events of solidarity and expose the Israeli prison administration’s punitive practices,” urging a march toward victory for Bilal and his fellow prisoners.

Raed Amer spoke on behalf of the Palestinian Prisoners’ Society saying that this case is a priority for the society and all of the legal institutions working on the cases of Palestinian prisoners, who will “work to expose the occupation and its practices, and uphold their responsibilities toward Bilal and all prisoners, and specifically administrative detainees.” He emphasized the importance of international support for Kayed’s case and the struggle of the Palestinian prisoners. 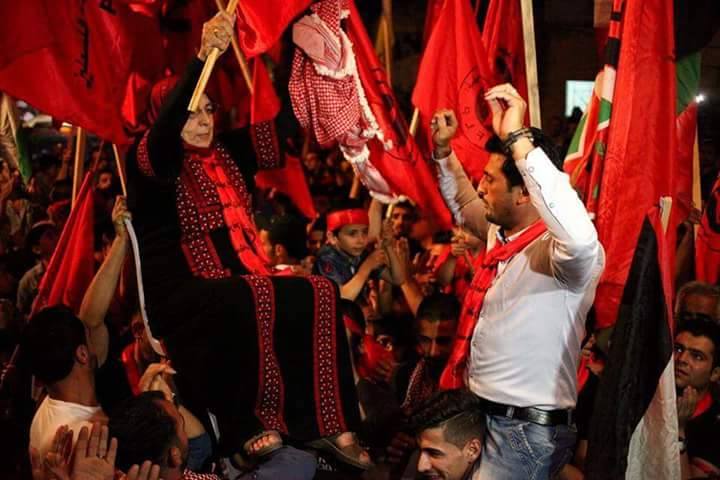 Harb concluded the press conference urging participation in a march next Tuesday, 21 June, at Martyrs’ Square in Nablus, to free Bilal Kayed and his fellow Palestinian prisoners.