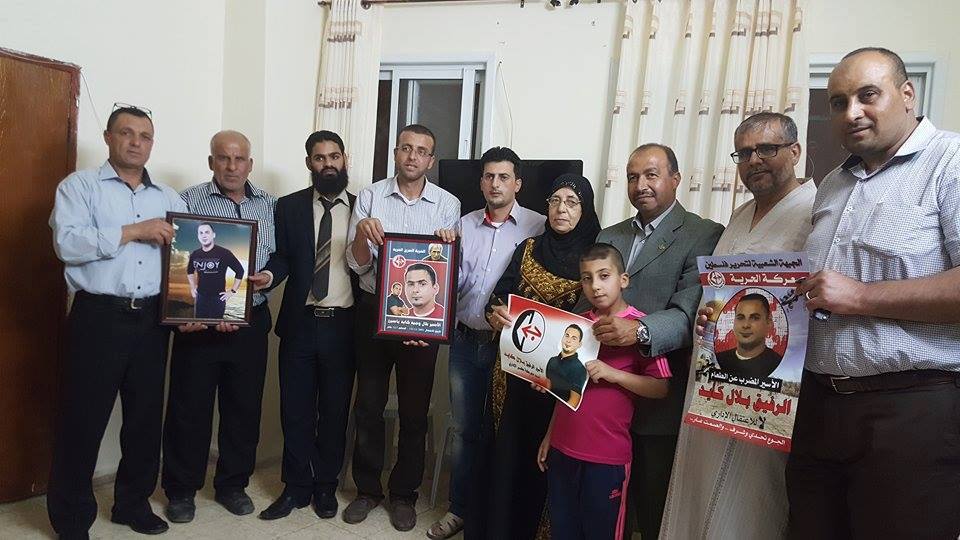 “The military prosecution claimed that Mr. Kayed’s administrative detention is based on secret information related to his activities inside the prison. The source of this secret information is an intelligence officer, who has personal issues with Mr. Kayed and who claimed that his release would pose a viable security risk,” said Addameer Prisoner Support and Human Rights Association, Kayed’s lawyers, who will be appealing the confirmation order.

Kayed, 35, launched his hunger strike on 15 June after he was ordered to six months’ administrative detention without charge or trial instead of being released as scheduled on 13 July after 14.5 years in Israeli prison. He has been held in solitary confinement since first ordered to administrative detention, and has been transferred twice, from Ramon prison to Ahli Kedar, and again from Ahli Kedar to Ashkelon prison. In Ashkelon, he is in a small 1.5 x 2 meter cell, with a broken sink and no window or other ventilation. He is consuming only water and rejecting any form of food, vitamins, salt supplements, or other nutrients.

Israeli intelligence officials offered to release him if he would accept deportation to Jordan for 4 years and conditions of no engagement with political activity, threatening to hold him in administrative detention for 4 years if he refused. Kayed immediately rejected the “offer,” declaring that “If you will not allow me to live in dignity, then I will choose to die with dignity,” and stating to his lawyer, Farah Bayadsi, that “I did not go on hunger strike to negotiate. I went on hunger strike for freedom.”

Hundreds of Palestinian prisoners are engaged in hunger strikes and other protests calling for Kayed’s freedom.  His comrades in the Popular Front for the Liberation of Palestine have vowed to launch a collective open hunger strike in early July if Kayed is not released. His case is widely seen as threatening a dangerous precedent of indefinite imprisonment of Palestinians following the completion of their sentences in Israeli prisons.

Protests for Kayed’s freedom have taken place throughout Palestine and in cities around the world, including in Berlin, Brussels, New York, Dublin, Belfast, London, Vancouver, Torino, Milan, Amsterdam, The Hague, Athens and elsewhere. Samidoun Palestinian Prisoner Solidarity Network and other organizations are calling for a week of action for Kayed’s release, from 8-15 July. Over 150 Palestinian and international organizations have signed on to a call to action for Kayed’s freedom.  Protests are planned on 8 July in New York and in Arklow, Ireland, with more events to be announced soon.

With the official announcement of confirmation of Bilal Kayed’s administrative detention, Samidoun reiterates the critical importance of the call for solidarity actions and protests around the world.  We urge all organizations, individuals and movements for justice in the world to take action on 8-15 July 2016 to commemorate Ghassan Kanafani and his revolutionary legacy and demand freedom and victory for Bilal Kayed and his comrades.