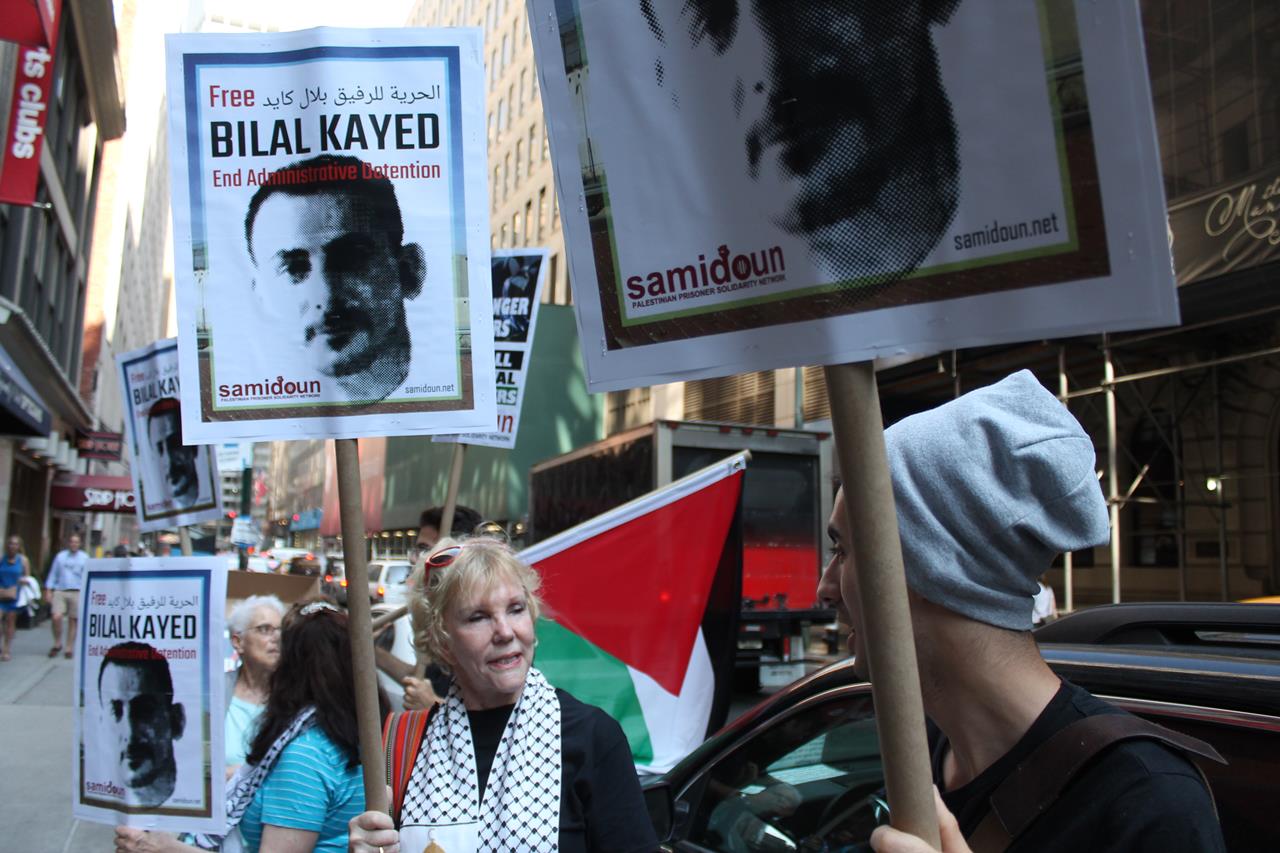 Bilal Kayed, one of 7,000 Palestinian political prisoners held by Israel, had been scheduled for years to be released on June 13, the end of a 14 1/2-year sentence by an Israeli military court in the occupied West Bank.

Now one of 715 Palestinian administrative detainees in Israeli prisons, Bilal launched a hunger strike on June 14 to demand his freedom.

Stand with Bilal on his 25th day of hunger strike to demand that Israel release him, other administrative detainees, and all Palestinian politicial prisoners immediately, and that occupation profiteer G4S end its contracts with Israeli prisons and detention centers, occupation and security forces, and checkpoints now.