Home News June 2016 report on Palestinian prisoners: 3412 arrested in the first half... 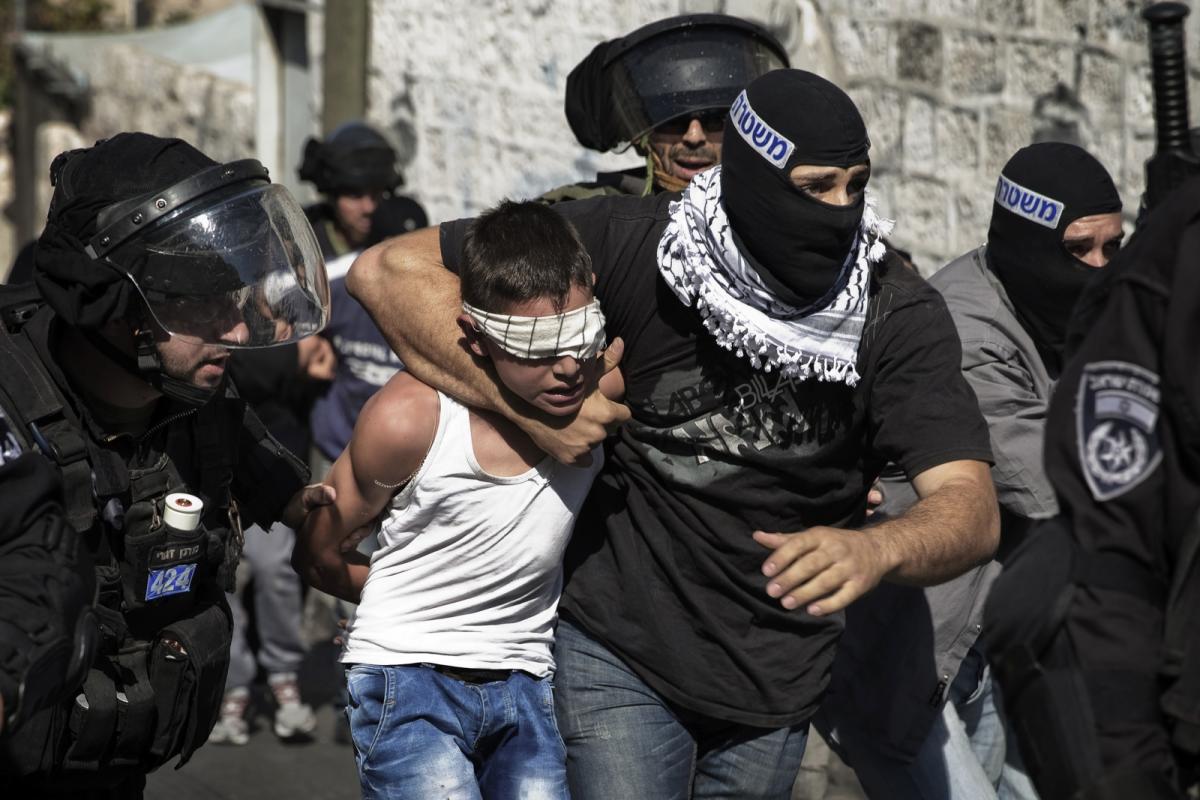 The institutions concerned with prisoners’ affairs revealed that the Israeli occupation has arrested in the first half of 2016, 3412 Palestinians, including 706 children and 96 women and girls.

6326 Palestinians have been detained since the beginning of the popular uprising in October 2015.

According to the Prisoners Affairs Committee, 483 Palestinians were arrested in June 2016.

The total number of Palestinian prisoners in Israeli jails is approximately 7000, including 330 children and 64 women. The Israeli occupation authorities continue to imprison six members of the Palestinian Legislative Council, as well as 30 Palestinians who were arrested before the signing of the Oslo accords.

Gaza Strip: Between the siege and arbitrary detention

The Israeli occupation forces are engaged in grave and systematic violations of the rights of the popularion of the Gaza Strip, through the imposition of a comprehensive blockade, which has led to a serious detetioration in the humanitarian situation and ongoing violations of the human rights of the Palestinian people; the Palestinians of Gaza are also subject to the policy of arbitrary detention.

There is a systematic targeting of several categories of Palestinians during their passage through the Beit Hanoun/Erez Crossing, as well as on the border areas in the north and east of the Gaza Strip and the fishermen at sea.

The attacks on the fishermen clearly violate international law and are a deliberate exploitation of the naval blockade, imposing on the Gaza Strip a transformation of the crossings, border areas and the sea into a trap for detention of Palestinians. They are exposed to cruel and degrading treatment in interrogation by the Israeli occupation intelligence forces.

The Israeli occupation forces arrested during the first half of 2016, 123 Palestinians from Gaza, including 83 fishermen arrested at sea. The vast majority of these were later released without charges, however, these arrests have long-term consequences, especially to fishermen who have been injured or whose boats have been confiscated or damaged, severely impacting their livelihood.

Palestinian children: The greatest witness to the violations of the occupation

The occupation authorities are imprisoning in Ofer and Megiddo prisons over 330 children, including 18 injured and sick children, and 15 minor girls in HaSharon and Damon prisons.

Israeli occuupation authorities also issued more than 65 home imprisonment orders against Jerusalemite children since the beginning of the year. The use of home imprisonment against children is a growing phenomenon, and prevents them from leaving the home even for medical treatment or for school. This comes in addition to, as noted above, the imprisonment of 11 children under administrative detention orders, without charge or trial.

The Israeli occupation forces have escalated the violations of the rights of Palestinian children in Israeli jails, including the use of torture, ill-treatment, and violation of the rights of the child, from the first moment of arrest, most frequently in the late hours of the night or early morning in violent military raids, or during their detention by “special units”, the so-called “Mustaribeen. Children are shackled hand and foot and blindfolded and taken for interrogation without parents or lawyers, often threatened during interrogation, and forced to sign statements in Hebrew without understanding them. This comes in addition to the use of various methods of torture, including beating and kicking, and verbal and psychological abuse against children. They are then subjected to the military and civil courts of the occupation, and face unfair sentencing and financial penalties.

There are 64 Palestinian women imprisoned in Israeli jails, including 15 minor girls, in HaSharon and Damon prisons. They face difficult conditions of life within the prisons. The number of arrests of women and girls in the first half of 2016 is the highest in several years; women also suffer mistreatment at the hands of occupation forces during arrest, and especially during imprisonment for those who are sick or injured. Palestinian women prisoners have specifically denounced the use of the “Bosta” transportation wagon; they are transferred frequently to the courts or to medical treatment via this vehicle, with metal seats where prisoners are shackled. The vehicle is extremely hot in summer and cold in winter, and prisoners can spend three days at a time making these journeys. This comes in addition to the overcrowding in the women prisoners’ sections, especially as arrests continue to increase.

The occupation authorities continue to engage in a policy of medical neglect and delays in provision of treatment to Palestinian prisoners in Israeli jails. There are approximately 700 injured and sick prisoners, many of them waiting for treatment or even tests for years. There are 15 prisoners held in the Ramleh prison clinic, suffering from very difficult conditions of life, where five healthy prisoners are held with them to assist them.

Arrests and suppression of freedom of expression on social networking sites

There has been an escalation of arbitrary arrests and attacks on freedom of opinion and expression. Israeli occupation forces have arrested over 170 Palestinians on charges of “incitement” for posting on Facebook, from October 2015 until the end of June 2016. The Israeli authorities have also formed a special “Cyber-Arab” unit to surveil and prosecute Palestinians for social media postings. Those targeted for incitement charges include Qusai Issa of Bethlehem; Sami Janazrah, who fought a 70-day hunger strike against administrative detention and then was indicted for inciement; as well as imprisoned professor Imad Barghouthi, accused of incitement after a decision to release him from administrative detention.

Bilal Kayed: a new battle confronting the jailer; 33 prisoners engaged in hunger strikes in the first half of 2016

Palestinian prisoner Bilal Kayed, from Asira al-Shamaliya in Nablus district, has been engaged in an open hunger strike since 15 June, against the imposition of an administrative detention order against him after he was scheduled to be released on 13 June, completing a 14 1/2 year prison sentence, on the same day in which he was to be release.

The occupation ordered him to six months in administrative detention. This was not the first targeting of Kayed; during his sentence, he was held in solitary confinement after September 2015 and denied family visits.

33 prisoners engaged in open hunger strikes during the first half of 2016 against a number of policies of the occupation prisons, especially administrative detention.

Palestinian prisoners are today facing a new policy by the International Committee of the Red Cross (ICRC), to reduce the rate of family visits from twice monthly to once monthly. This is viewed by the prisoners and institutions defending their rights as a new violation on top of all the other violations they faced. As noted in several statements, this action fully comports with the repressive policies of the occupation authorities and poses a danger to the rights of prisoners that have been achieved through over 35 years of struggle inside the prisons. Further, it deepens the suffering of the families of the prisoners, who face increased financial burdens arising from the illegal detention of the prisoners outside of the West Bank and Jerusalem. This action has come without consultation with public institutions, prisoners or their families, and comes amid actions by the occupation prison authorities to deny hundreds of prisoners family visits under the pretext of security.

In light of the escalating violations by the Israeli occupation authorities against Palestinian prisoners and the Palestinian people, the international community continues its silence. Rather than impose sanctions on Israel, the occupying power is elected as president of the Legal Committee of the United Nations.