Seven French cities saw protests on Saturday, 20 August in support of Palestinian prisoners on hunger strike against administrative detention, led by Bilal Kayed, on hunger strike since 15 June. As CAPJPO-EuroPalestine, the group that organized the protests points out, “he is endangering his life to denounce the injustice and barbarism of the Israeli occupation.”

Protests in Paris, Lyon, Douai, Beziers, Chalons, St. Girons and Poitiers urged Kayed’s release, as thousands of leaflets were distributed denouncing Kayed’s imprisoment as well as the imprisonment and of many Palestinian children. Kayed, 34, has been on strike for 68 days against the administrative detention imposed upon him without charge or trial immediately following the expiration of his 14.5-year sentence in Israeli prisons. His case threatens a dangerous precedent of indefinite imprisonment of all Palestinian prisoners without charge or trial; over 100 fellow prisoners have joined collective hunger strikes to support his struggle. 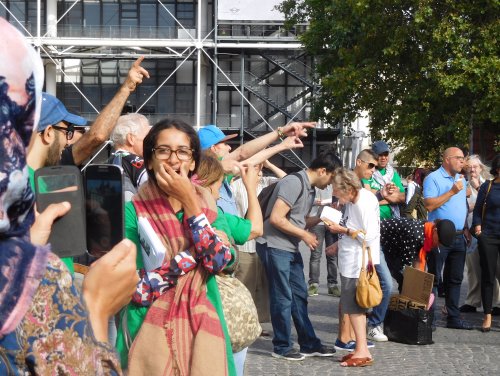 In Paris, demonstrators gathered at Place Beaubourg to distribute information and speak about the situation of the prisoners. Among the speakers was Fethi Chouder, an elected official in Aubervilliers, who noted that the city – along with the city of Stains – recently defeated French government attempts to cancel the honorary citizenship awarded to leading Palestinian prisoner Marwan Barghouthi by their cities. Speakers also emphasized the importance of building the boycott, divestment and sanctions (BDS) campaign against Israel. 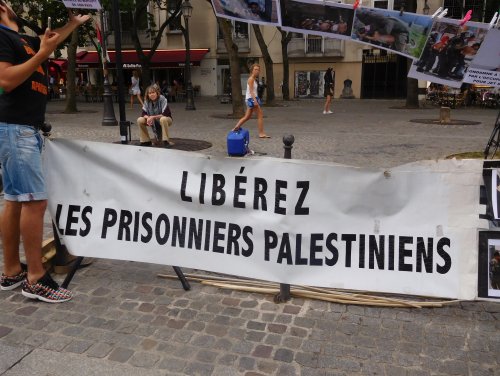 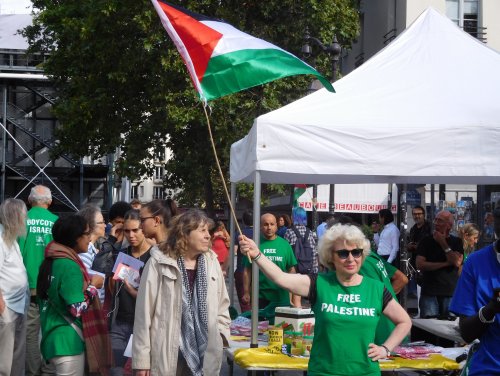 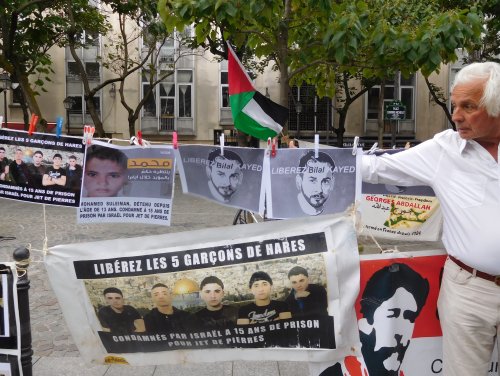 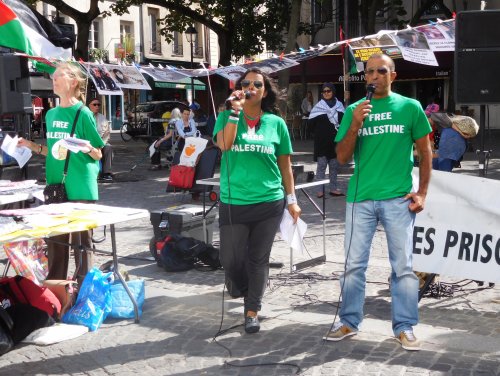 In Douai, protesters performed street theatre at the Market to highlight the situation of Palestinian prisoners. 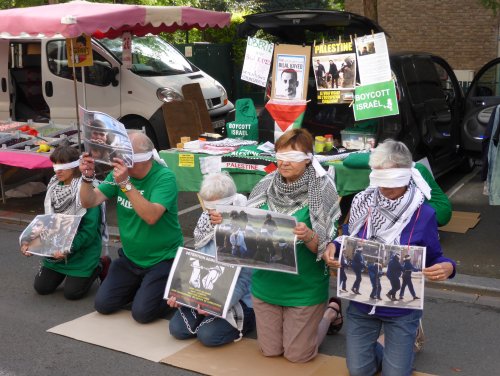 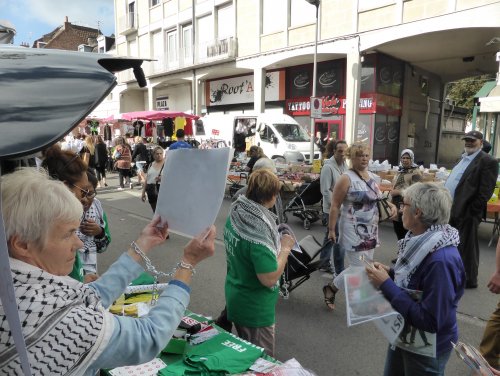 In Lyon, participants braved the rain to distribute materials and highlight the case of Bilal Kayed. 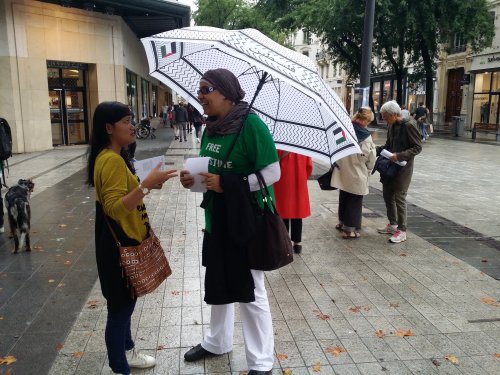 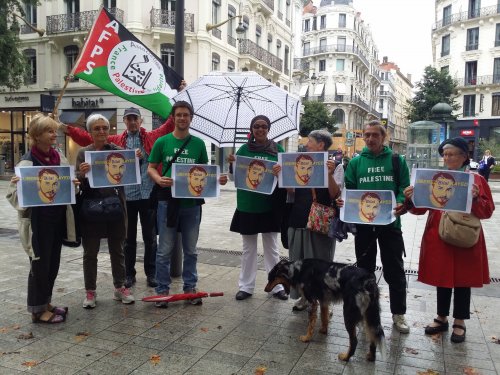 Over 200 leaflets were distributed and speeches made in Beziers, highlighting the struggle of Palestinian prisoners, especially Kayed. 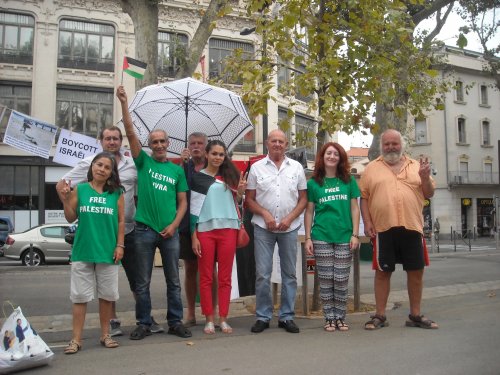 In Metz, meanwhile, activists set up a display and distributed literature on the streets in support of Kayed. 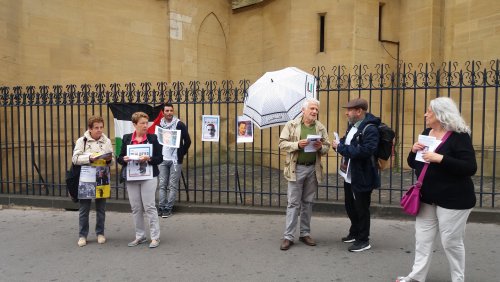