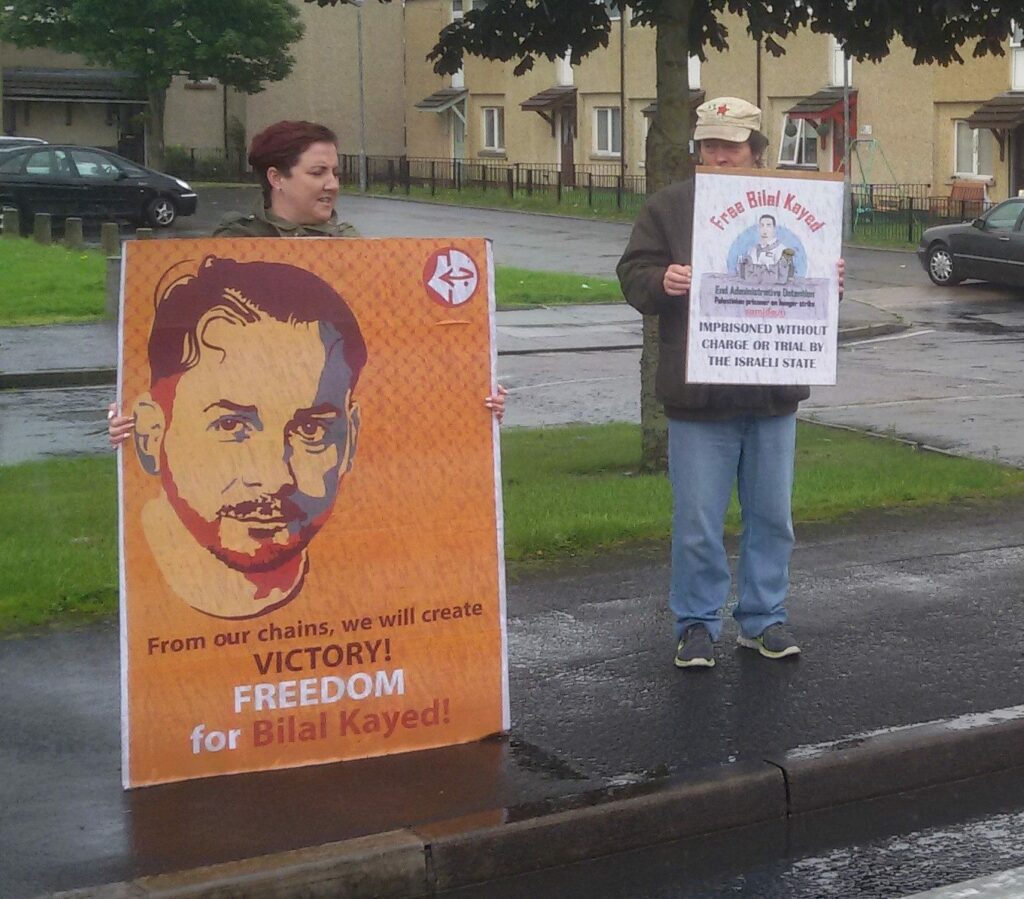 Several dozen people took part in an hour long protest on Saturday 20th August organised by the Ireland-Palestine Solidarity Campaign (IPSC) in Portadown, County Armagh, which is located within the British-occupied Six Counties of Ireland.

Torrential downpours of rain failed to deter local IPSC members and supporters from standing in a show of solidarity with Bilal Kayed who, on Saturday, was on his 67th day of hungerstrike.

Several IPSC members from Armagh city travelled to join in today’s protest on Portadown’s Garvaghy Road which was also attended by the chairperson of the district’s Trades Union Council.

Among those also present at Saturday’s demonstration was Breandán Mac Cionnaith, General Secretary of the Irish socialist republican  party, Éirígi, which has developed strong links with, and provided active support to, the Palestinian national liberation struggle.

Significantly, Saturday’s protest in Portadown, Ireland, in support of Bilal Kayed also coincided with the 35th anniversary of the death on hungerstrike of an Irish Republican prisoner, Michael Devine.

Michael Devine died on August 20th 1981 during the hungerstrike in the H-Blocks of Long Kesh which claimed the lives of ten Irish Republican Political Prisoners.

For those supporters of the Palestinian stuggle who may be unfamiliar with Ireland, the Garvaghy Road area of Portadown is a small Irish community through which an extreme pro-British Unionist organisation sought to organise controversial marches/parades through in the 1990’s.

Popular local resistance against those marches and the associated military curfews imposed by armed British state forces saw the Garvaghy Road dominate news headlines within Europe in consecutive years from 1995-2001.