Home Events 6 September, Brussels: If I were in Palestine…Photo exhibition on Palestinian political... 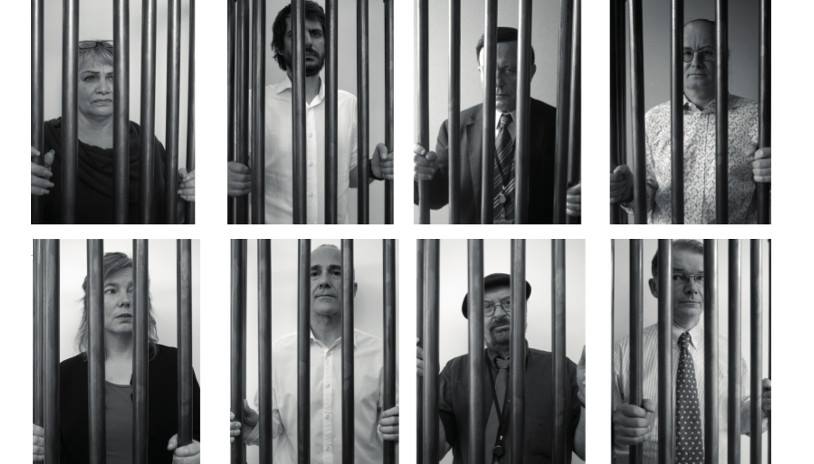 Members of the European Parliament have posed behind fake prison bars to raise awareness about the over 7000 Palestinian political prisoners who are currently held in Israeli jails. Of these over 700 are administrative detainees, 6 are elected officials and over 350 are children.

Their pictures will be exhibited at the European Parliament from 5 till 9 September 2016 in the main hall.

On 6 September at 1pm the opening event will take place with Mr. Salah Hammouri who will testify about the 7 years he was held in an Israeli prison of which 3 under administrative detention. He is now a lawyer with the Palestinian Human Rights and prisoners’ support association assisting and advocating for prisoners’ rights.

As a a second speaker Mr. Yamin Zeidan will discuss the military court system. Mr. Zeidan started out as a prison guard but made a drastic career switch and became a lawyer after witnessing first hand the circumstances in which Palestinians were being condemned and imprisoned. After serving at the facility where among others Mr Marwan Barghouti was held, he decided to become a lawyer and has represented many Palestinian political prisoners ever since.

Event will be in English.

For your access to the EU Parliament please register ASAP

REGISTRATION BEFORE 25th of AUGUST, by sending an email with you First Name / Last Name / Date of Birth / Nationality / ID CARD number to photoexhibition.prisoners@gmail.com