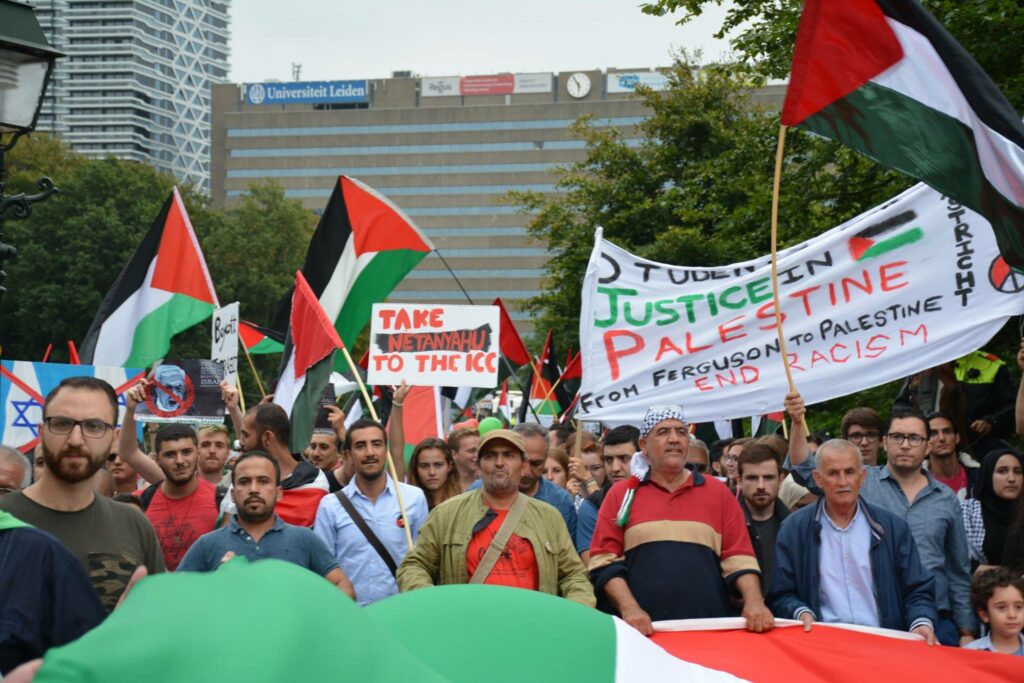 Samidoun Palestinian Prisoner Solidarity Network joined large crowds of people and dozens of organizations in the Netherlands to declare Israeli prime minister and war criminal Benjamin Netanyahu not welcome in a mass demonstration in The Hague on Tuesday, 6 September. 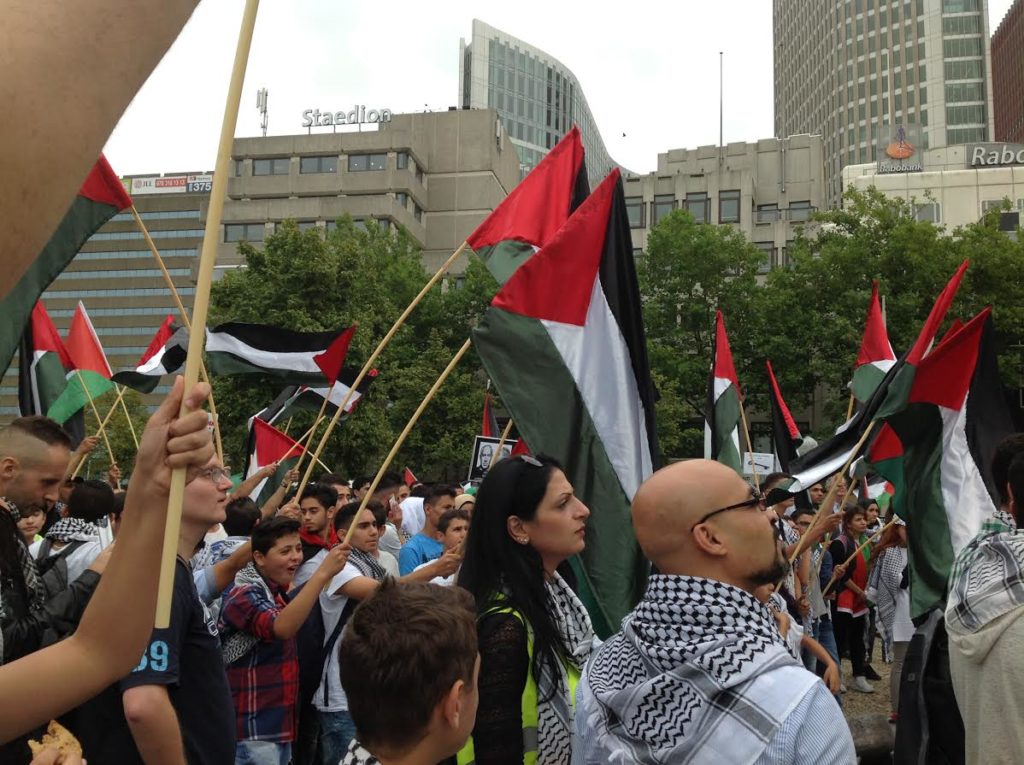 Palestinian community and Palestine solidarity organizations throughout the Netherlands, including Studenten voor Rechtvaardigheid in Palestina (Students for Justice in Palestine) came together with over 500 marchers to demand the rejection of Netanyahu at the Dutch Parliament and, instead, his trial at the International Criminal Court for war crimes. 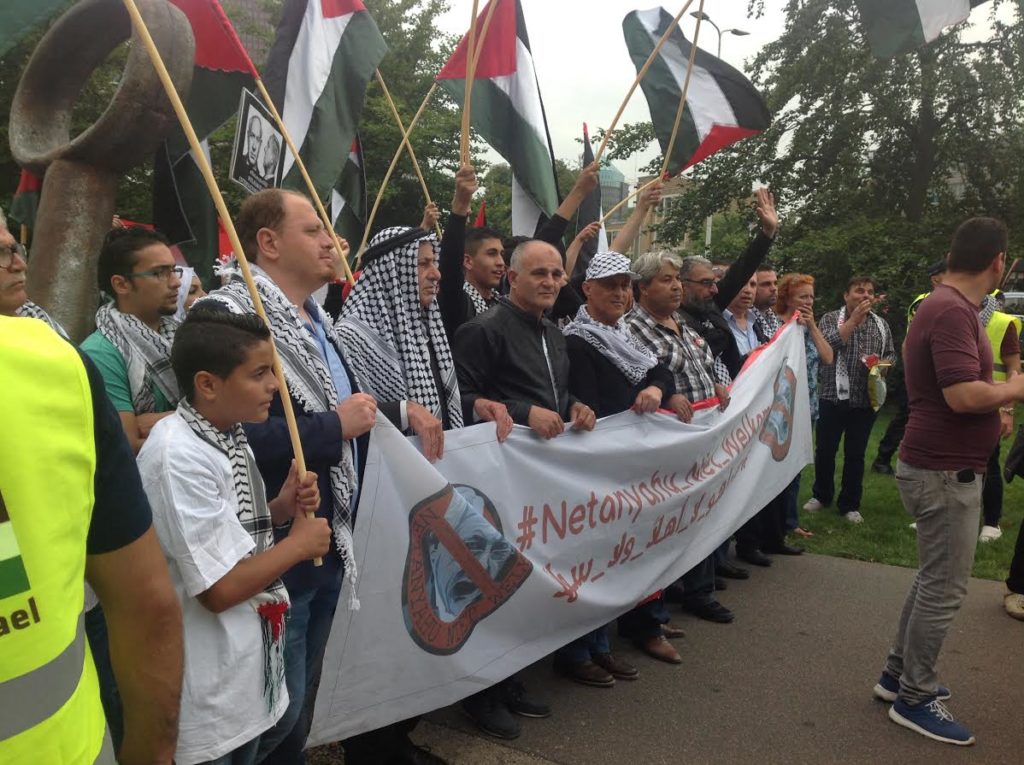 The protest included a strong participation by the Palestinian community in the Netherlands, including many Palestinian organizations, as well as by Palestinian youth. The student movement and Palestine solidarity movement were major participants and organizers in the rally and march. Organizers struggled repeatedly with The Hague police and city officials, who directed the marchers in a lengthy route through a park and residential neighborhoods, denying the marchers access to government buildings and the city center. 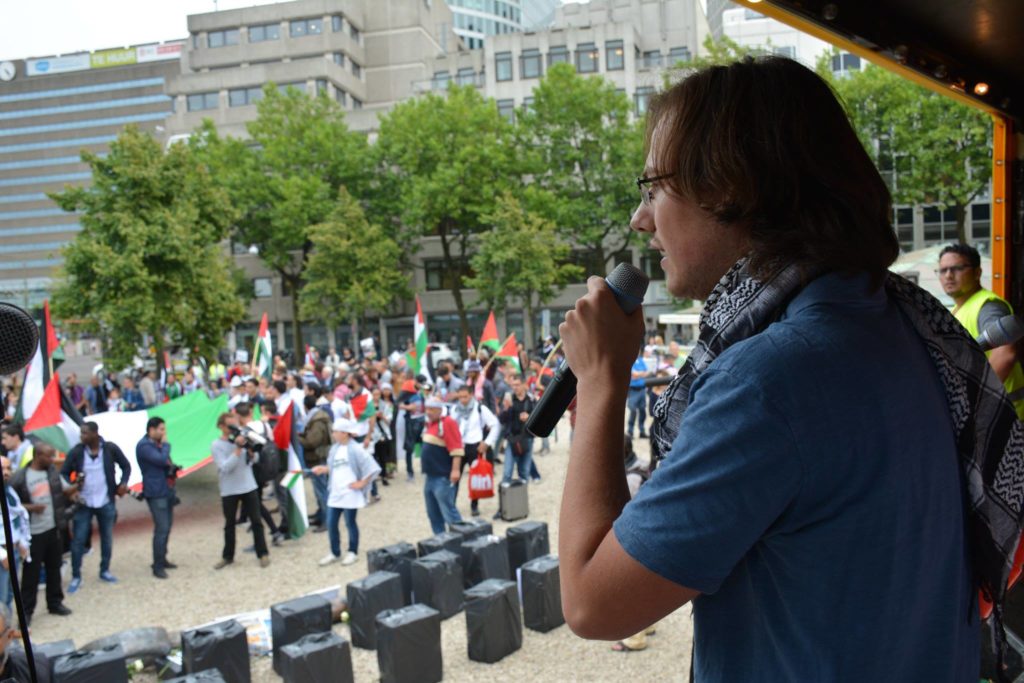 The opening rally across from The Hague’s Central Station included powerful speeches in Dutch, Arabic and English. Thomas Hofland of Students for Justice in Palestine delivered a strong speech highlighting the complicity of the Dutch government and the relationship between imperialism, racism and Zionism and emphasizing the importance of the role of youth and students in resisting oppression and occupation. Palestinian leftist writer Khaled Barakat spoke in Arabic and English, highlighting the settler-colonial nature of the Zionist state and the growing international movement to stand with the Palestinian people and reject Israeli occupation and oppression. He noted the role of Palestinians in Palestine and in diaspora speaking in a united voice to resist colonialism and demand that Netanyahu be brought to justice. Barakat specifically noted the role of the Palestinian prisoners in leading the struggle for liberation, including Ahmad Sa’adat, Marwan Barghouti, Hassan Salameh and Bilal Kayed, and emphasized the importance of building the movement to boycott the Israeli state and its complicit corporations and institutions. Fellow speakers included Ayman Abu Amin, Selma Rekik, representatives of docP, and a number of others. 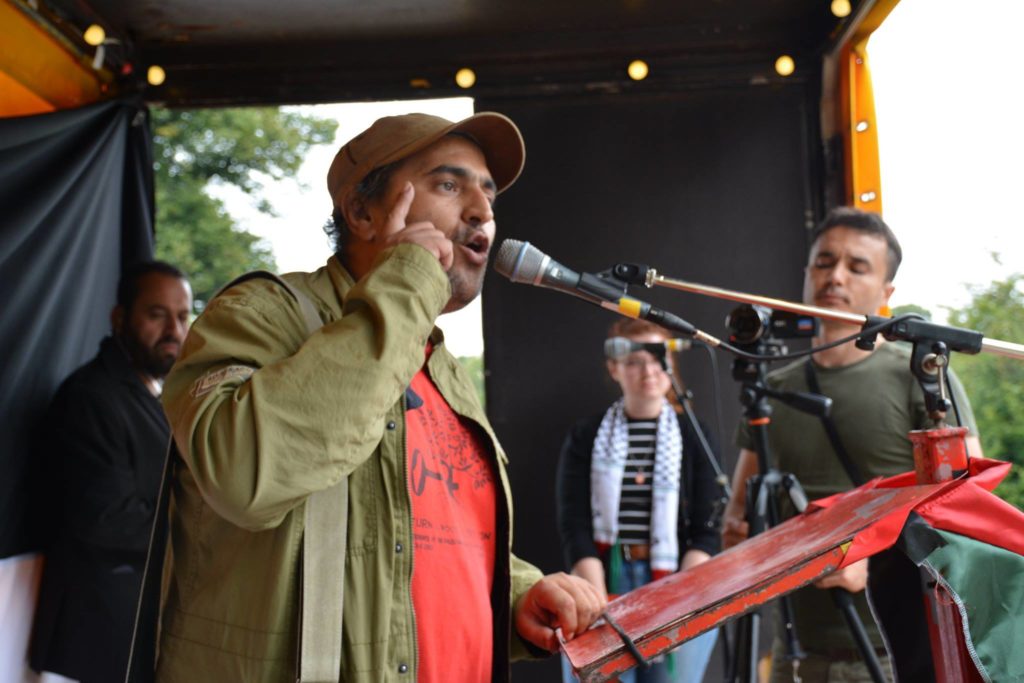 The march wound through The Hague’s parks and residential neighborhoods, led by “Netanyahu Not Welcome” banners, Students for Justice in Palestine banners, and large Palestinian flags, as chants in Dutch, English and Arabic echoed through the area.  A visibly large police presence accompanied the protest at all times, directing the protest outside the central government and business districts of the city. 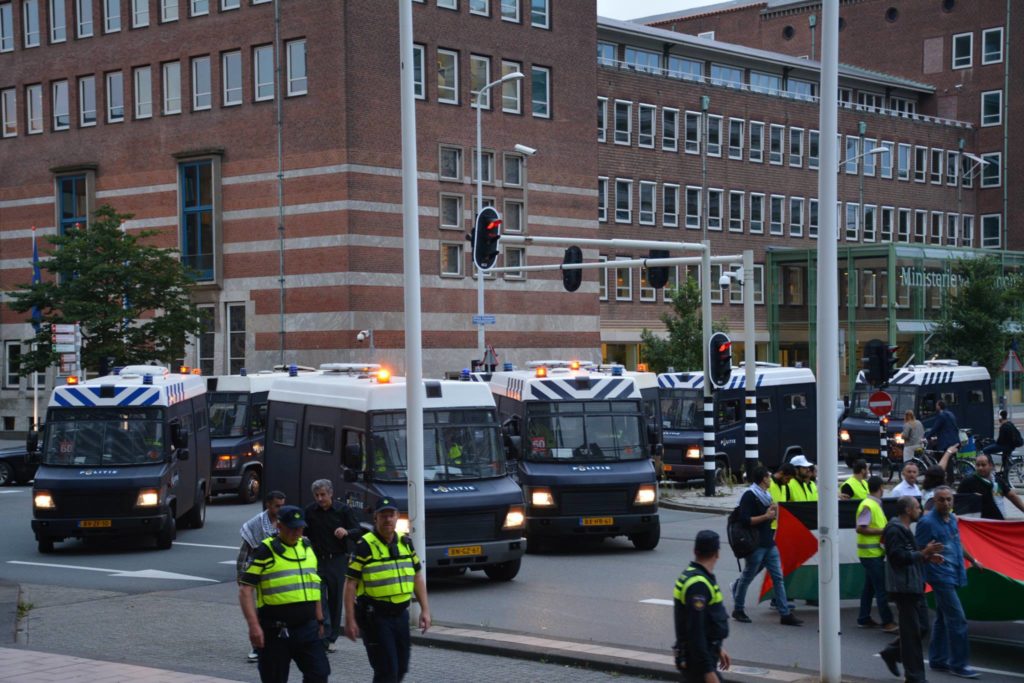 Signs and posters highlighting the struggle of Palestinian prisoners, including the hunger strikes of Mahmoud al-Balboul, Mohammed al-Balboul, Malik al-Qadi and the recent strike of Bilal Kayed, were visibly carried and displayed at the protest. 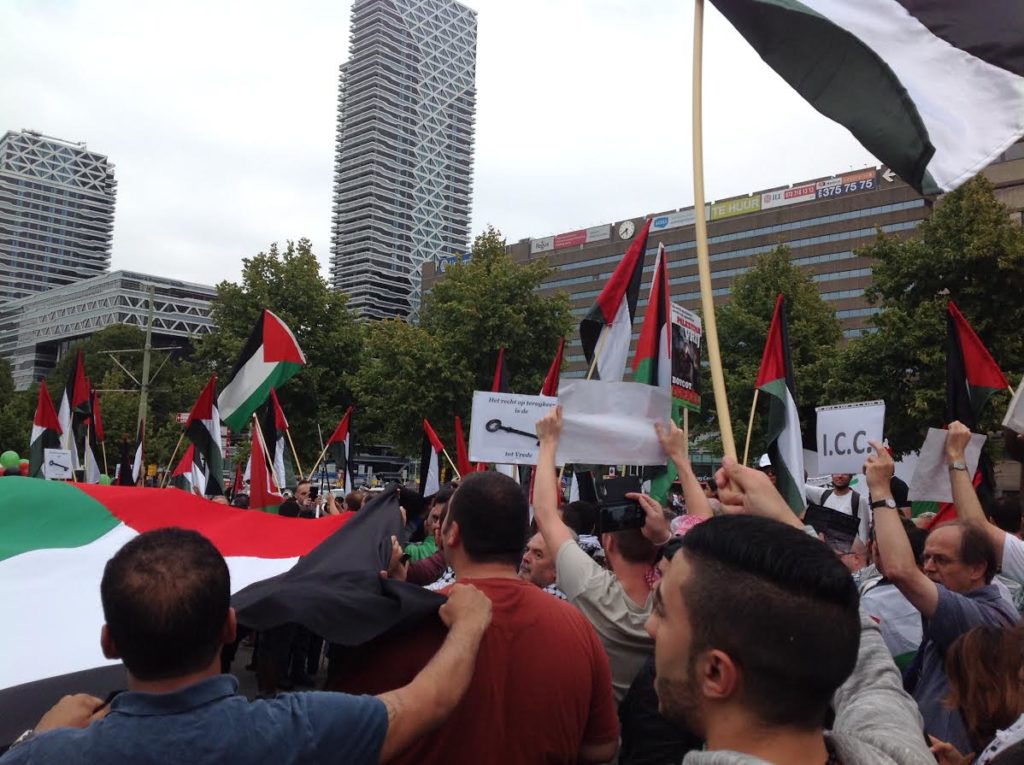 Netanyahu, originally scheduled to appear on Tuesday, made his appearance before the Dutch parliament on Wednesday morning, 7 September. Former Prime Minister Dries van Agt denounced Netanyahu’s presence, saying “There’s a war criminal coming to this country…The occupation and expansion… building of settlements, of occupied territory, this is according to the Rome Statute, which is…the statute on which the international criminal court is based, in so many words, a war crime….We could have sent him straight away to the international criminal court – that would have been better.” 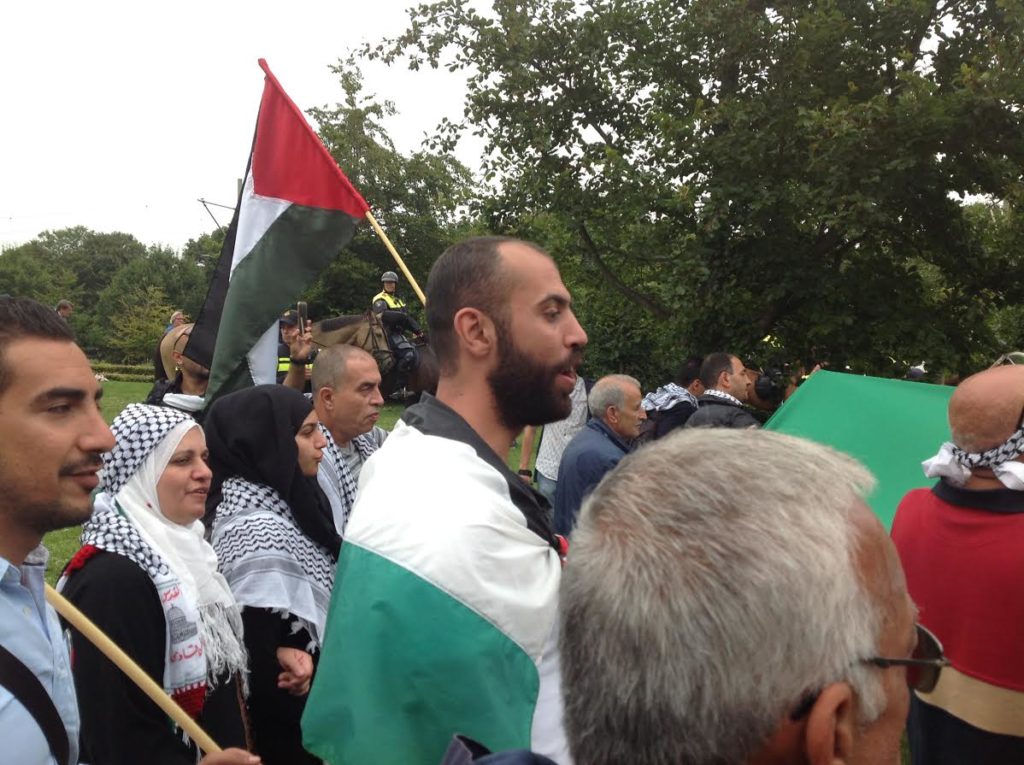 Member of Parliament Tunahan Kuzu, who represents the Denk party, refused to shake Netanyahu’s hand as he entered the parliament in the Hague, as he wore a Palestinian flag pin on his suit lapel. Kuzu is now being subject to political attacks attempting to label him as “anti-Semitic” because he rejected Netanyahu’s handshake. Kuzu points out that after the video (which was circulated virally on social media), he confronted Netanyahu about Israeli policies toward the Palestinian people. 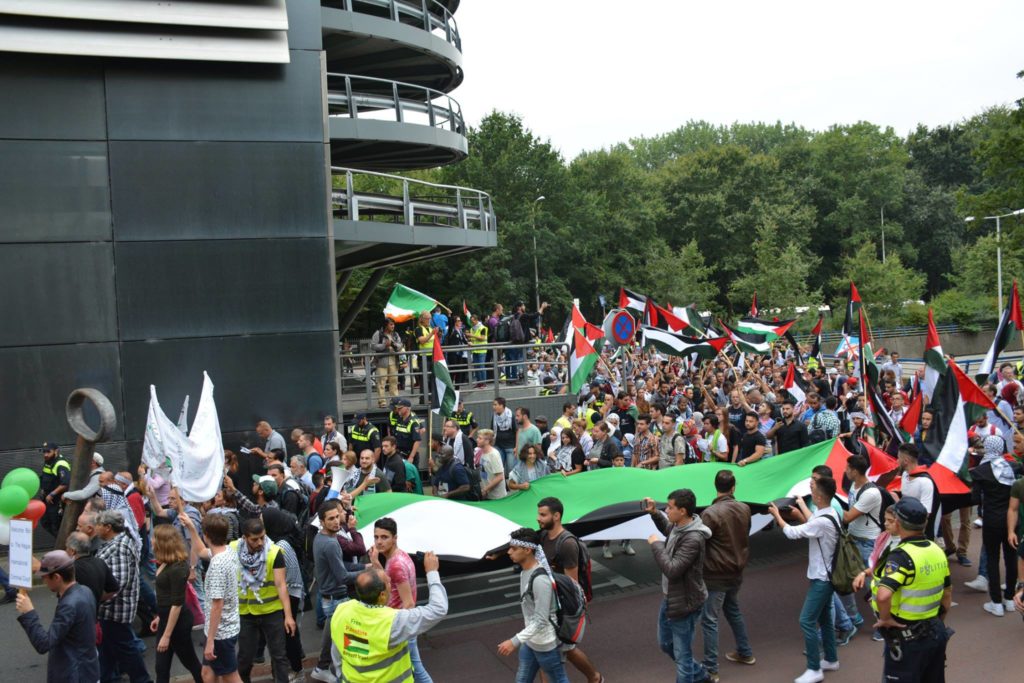 Students for Justice in Palestine in the Netherlands is growing with chapters at multiple cities and universities throughout the country. It recently organized a delegation to Palestine, in which participants met with the family of Bilal Kayed and other hunger-striking prisoners, and various SJP members are also involved in organizing a Samidoun chapter in the Netherlands.

Photos by SRP Rotterdam and Samidoun. 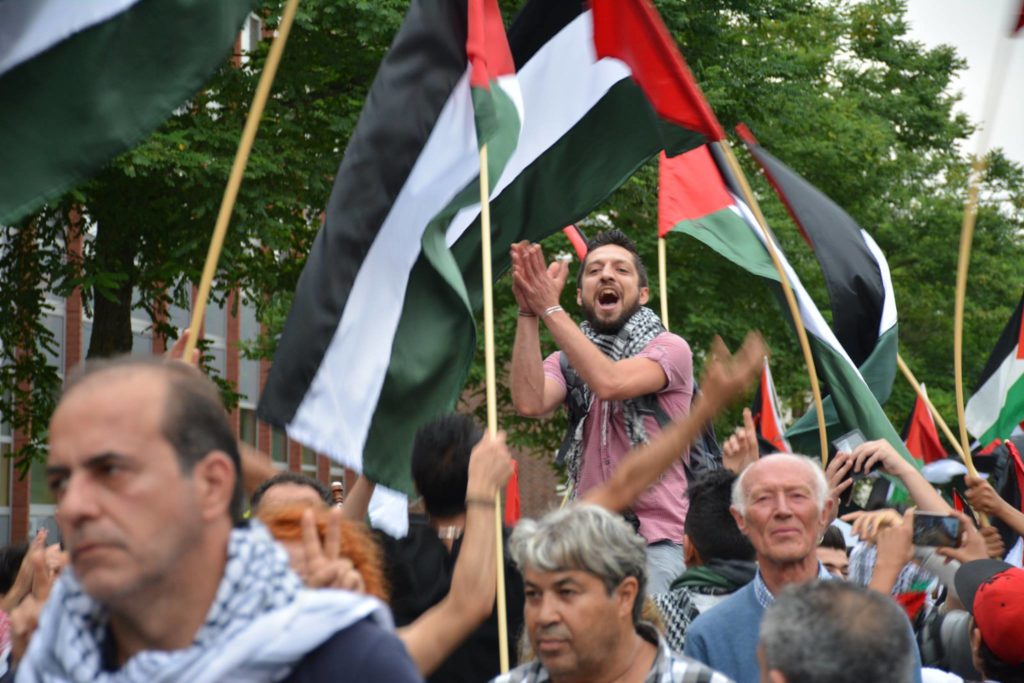