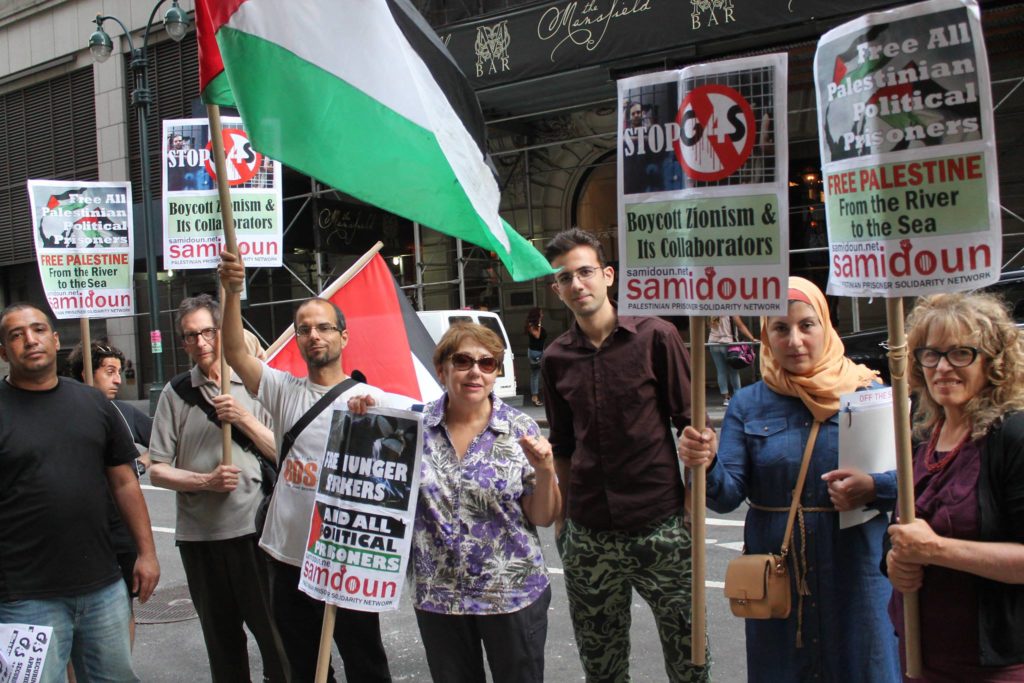 Four Palestinian political prisoners are on hunger strike against their “administrative detention” by Israel.

Stand with Anas, Ahmad, Majd and Hasan and Shadid to demand that Israel release them, other administrative detainees, and all 7,000 Palestinian political prisoners immediately, and that occupation profiteer G4S end its contracts with Israeli prisons and detention centers, occupation and security forces, and checkpoints and settlements  now.