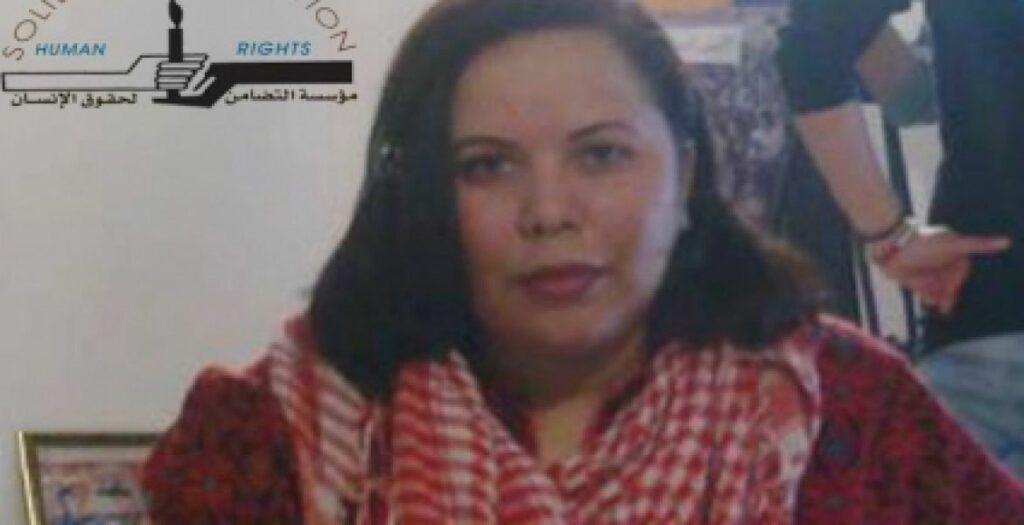 Dunia Waked, 36, was released from Israeli prison after three and one-half years in early October. Waked, from Tulkarem, was imprisoned on charges of “supporting prohibited organizations” by providing support to Palestinian prisoners in Israeli jails, including canteen funds.

In an interview with Asra Media after her release, she spoke about the situation faced by Palestinian women prisoners in Israeli jails. She noted that there is a significant overcrowding within the prisoners’ section and that “people cannot move due to overcrowding,” noting that this causes both physical and psychological distress among the women prisoners. “There are 12 child prisoners who do not know the meaning of prison, who are in a state of complete shock, who do not know the vocabulary of the prisons such as ‘the daily number’ and are subject constantly to the racism of the prison administration,” Waked said. She noted that the situation is worsened by the separation of the child prisoners from the adult prisoners, noting that “we could hear the crying of the minor prisoners behind their doors, missing their families,” and noted that some of the prisoners have severe injuries that remain unhealed.

She also addressed the situation of the “Bosta,” the metal van in which Palestinian prisoners are transported while shackled, often in intense heat or cold. She noted that “the journey can begin at 1 a.m. and end at 10 p.m. and during this harsh journey you are subject to ongoing harassment.” She noted that the Bosta is a joint transport that includes both Palestinian political or “security” prisoners and Israeli “criminal prisoners” and that there are clashes among prisoners inside the Bosta.

She highlighted the case of Israa Jaabes, 31, noting her severe injuries that continue to this day, among the 12 women prisoners wounded by Israeli occupation soldiers before their arrest. She noted that “The question of the prisoners is, where is the Palestinian street? The lives of prisoners are at risk. Are people waiting for prisoners to come out like the martyr Yasser Hamdouna came out from prison, and then to be carried on shoulders with posters and slogans? The prisoners are demanding their freedom while they are alive in order to breathe the scent of freedom. The news of the martyrdom of Yasser Hamdouna of Yabad has been a shock to the prisoners. The policy of medical negligence to the wounded prisoners and the prisoners in general is clear. The doctor, medicine, and treatment in general is very difficult and it can take four to five months to receive space in the hospital, without help for their illness.”

In relation to family visits, she noted that “visits are more harsh for the families than for the prisoners even, and they are treated more like prisoners than the prisoners themselves.” Many times family visits are repeatedly denied again and again, and when the visits occur, family members “are subject to humiliating inspections and must see their imprisoned loved one from behind a glass panel. Everything is made to be harsh and humiliating.”

Waked noted that there is a policy of isolation targeting the prisoners. “Isolation is the basis of operations of the prison administration. During the three and a half years I was allowed to send two letters only. The prison acts to prevent prisoners from receiving and sending letters at the hands of racist prison officers.”

She called for mobilization of lawyers to defend the prisoners, especially the child prisoners and the prisoners receiving lengthy sentences of years. She noted that there is a 13-year-old prisoner serving a 3 year sentence, that Amal Taqatqa has been sentenced to 7 yeaars, and Israa Jaabes is facing sentencing while seriously injured.