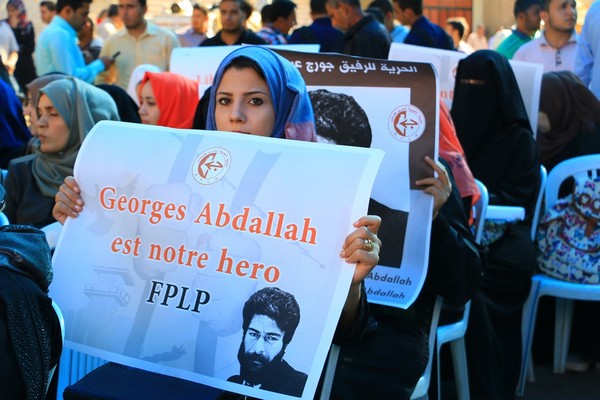 Palestinians in Gaza urged freedom for Georges Ibrahim Abdallah, imprisoned Lebanese struggler for Palestine, held in French prisons for 32 years, in a protest Monday, 24 October outside the headquarters of the International Committee of the Red Cross. 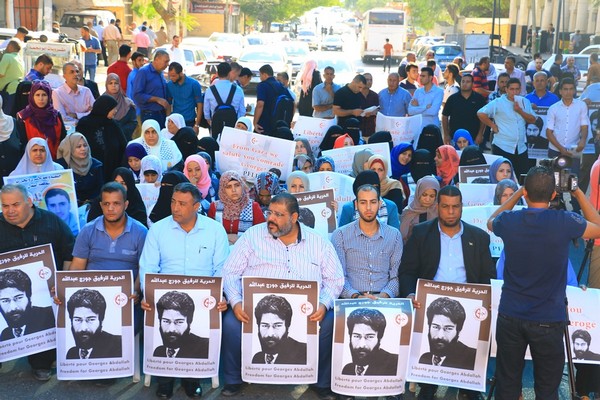 Protesters demanded the freedom of Abdallah and all Palestinian prisoners at the demonstration organized by the Prisoners’ Commission of the Popular Front for the Liberation of Palestine, the Palestinian leftist party. 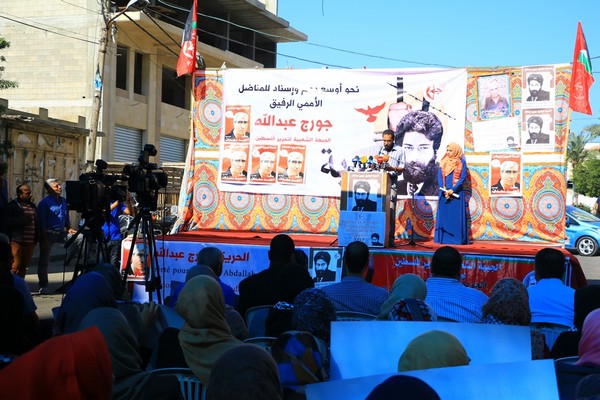 The demonstration included a message from prominent Palestinian leader, the imprisoned General Secretary of the PFLP, Ahmad Sa’adat, read by Haneen Ammar. Sa’adat said that “the prisoners’ struggle for freedom is one struggle with that of Comrade Georges Abdallah…his liberation will be a victory for all oppressed people, all prisoners of conscience and victims of torture, a triumph of the rights of the peoples, and of the Palestinian struggle for freedom.”

Allam Kaabi, former prisoner, spoke about the imprisonment of Georges Abdallah as a stain that exposes the continued role of France as a global imperialist power, aligned with the United States and the Zionist entity. Kaabi demanded the immediate and unconditional release of Abdallah, saying “the case of the freedom fighter Georges Abdallah is integrally linked to the cause of thousands of Palestinian political prisoners suffering within the cells of the occupation…The cause of Georges Abdallah is part of the struggle against colonialism and occupation, a struggle of the Palestinian people and the collective struggle against Zionism and imperialism.” 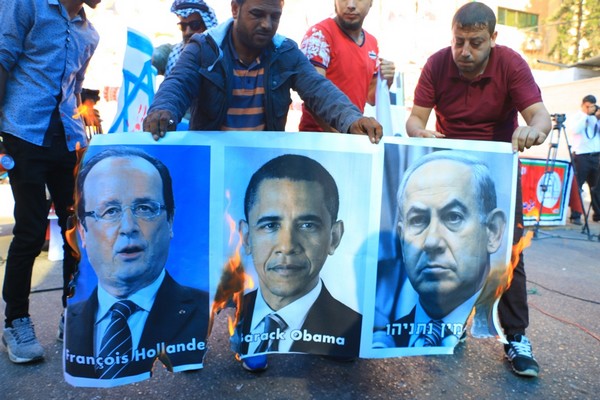 Participants in the protest burned posters of Benjamin Netanyahu, US President Barack Obama and French President Francois Hollande as they demanded freedom for Abdallah and all Palestinian prisoners.