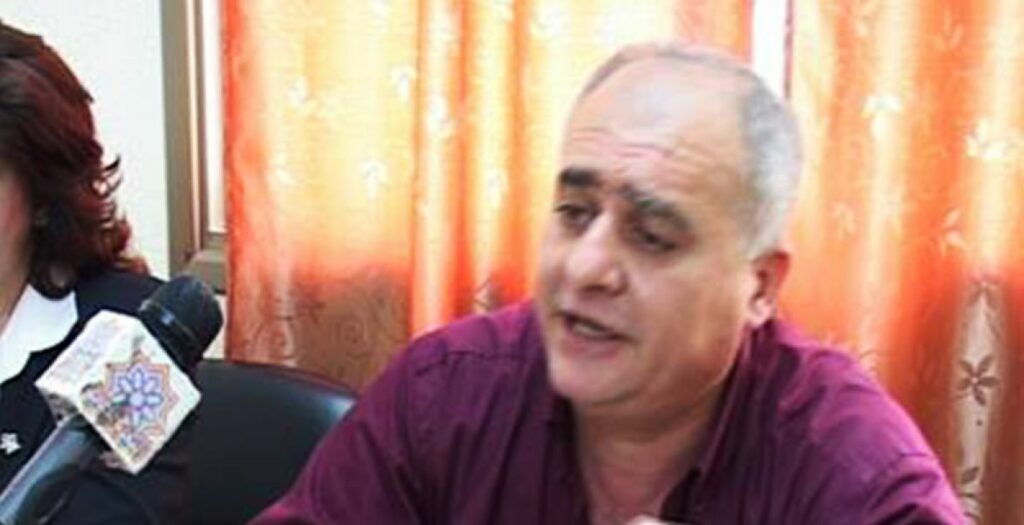 The administrative detention of Jamal Barham, 56, from Ramin village near Tulkarem in the West Bank of occupied Palestine, was renewed for the fourth time for an additional six months of imprisonment without charge or trial under Israeli military order.

Barham, who has been imprisoned since 6 March 2015 without charge or trial in the Negev desert prison, was arrested in a violent Israeli occupation military raid on his family home at 1:30 am, amid the confiscation of his and his family’s computers and destruction of personal belongings. Barham is the chair of the Arab Studies Department of the Palestine Liberation Organization; he spent several years in Israeli prison from 1984 to 1987, due to his activities working for Palestinian liberation, and is known as a leader in the Palestinian left. He was labeled as “wanted” from the 1990s to the beginning of the second Intifada.

Married with three children, Barham suffers from high cholesterol and high blood pressure and requires ongoing medical treatment not available in Israeli occupation prisons. His wife, Amira Barham, is a coordinator in the Union of Palestinian Women’s Committees, and his three sons are students and workers: Ghassan, 26, studying medicine in Egypt; Majd, 23, an engineering graduate of An-Najah University; and Jamil, 19, studying accounting at Khaddouri University in Tulkarem. His brother, Osama, was held for six years without charge or trial under administrative detention.

Bilal Tamimi, 32, of al-Khalil, also saw his detention renewed for four months for the sixth time consecutively; he has been imprisoned since 18 July 2014 and has been denied family visits throughout the 27 months of his imprisonment.  Adnan Asfour from Nablus, a leader in Hamas, also faced the extension of his administrative detention for the second time, this time for four months; he has previously spent 11 years in Israeli prisons.

They are among nearly 750 Palestinians imprisoned without charge or trial under administrative detention, and over 7,000 total Palestinian political prisoners in Israeli jails.