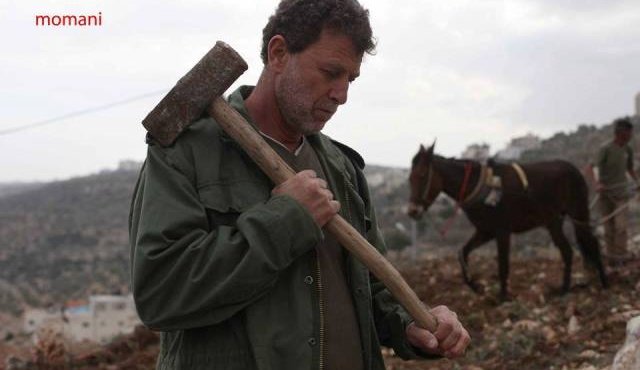 Nael Barghouthi, known as the “Dean” of Palestinian prisoners for his over 36 years of imprisonment in Israeli jails, was denied his scheduled release on Sunday, 6 November, despite the end of his 30-month prison term. Instead, the Israeli prosecution submitted an objection to his release and is attempting to re-impose a life sentence upon him.

Barghouthi, 59, was detained since 1978 by Israeli occupation forces. He was one of over 1,000 Palestinian prisoners to win his freedom in the Wafa al-Ahrar prisoner exchange in 2011 with the Palestinian resistance. However, alongside 60 fellow releasees from the exchange agreement, Barghouthi was re-arrested in a series of mass arrests in the West Bank in July 2014.

Barghouthi hails from the village of Kobar, outside Ramallah. Upon his release, he married fellow ex-prisoner Iman Nafie, who had spent 10 years in Israeli prisons from 1987-1997 and had communicated with Barghouthi via letter during his imprisonment. Nafie said on Sunday that she had been informed by a lawyer that her husband was not being released.

Nafie stated that the continued imprisonment of her husband was a “political decision by the occupation” designed to put pressure on the Palestinian people and the Palestinian resistance. She said that it was obvious that his re-arrest had nothing to do with actual charges, but that his imprisonment, alongside dozens of other re-imprisoned releasees was meant “as a political arrest, to keep them as hostages for bargaining power in the file of the captive [Israeli] soldiers [in Gaza].” The judge in Barghouthi’s case upon his re-arrest rejected the prosecution’s demand to reimpose his life sentence; however, Barghouthi was denied release – despite an earlier notification that he would be freed Sunday – based on the prosecution’s long-pending appeal.

Former prisoners, like Barghouthi, released in the exchange agreement, are subject to an Israeli military order; their sentences can be re-imposed at any time on the basis of secret evidence under Military Order 1651. . 57 former prisoners in the exchange agreement have been re-imprisoned long-term by the Israeli occupation, out of 74 who have been arrested; 50 prisoners have had their original sentences re-imposed on allegations of “violating their terms of release” through “association or support for” prohibited organizations, including all major Palestinian political parties.

Palestinians in Gaza protested on Monday outside the International Committee of the Red Cross, demanding Barghouthi’s release and the liberation of all of the re-arrested released prisoners.