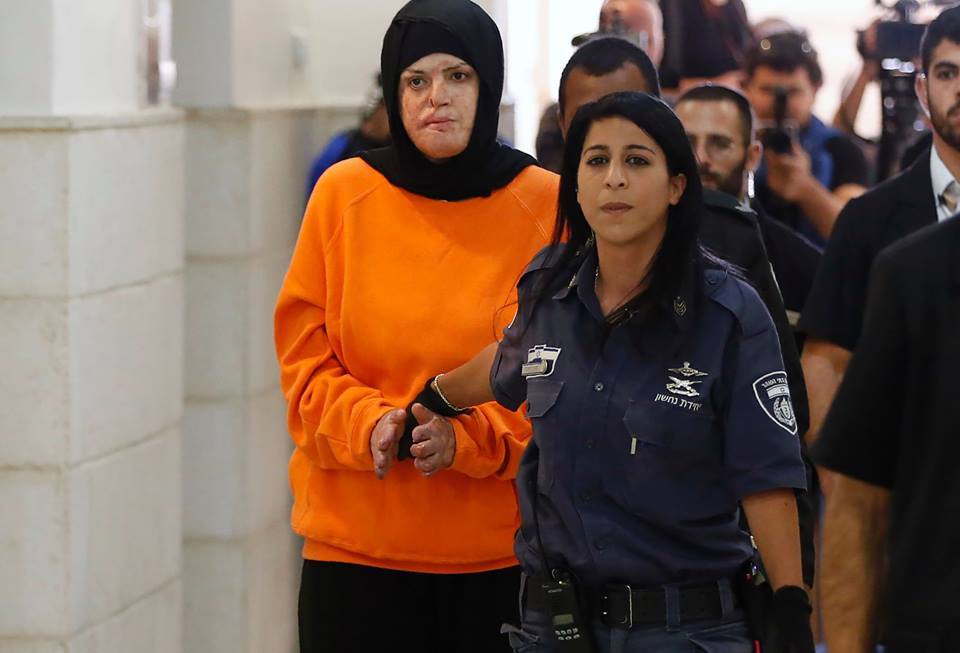 Palestinian prisoner Israa Jaabis, 32, was sentenced to 11 years in prison on Monday, 7 November by an Israeli court in Jerusalem. Jaabis is a resident of Jabal Mukabber in occupied east Jerusalem; she was severely injured on 10 October 2015 after a fire broke out in her car. She was 500 meters away from an Israeli occupation military checkpoint when a gas canister for use in cooking burst into flames in the back seat of her car.

Jaabis’ airbag went off in the front seat of the car. Israeli occupation forces accused her of attempting to detonate a car bomb; an Israeli police officer was injured when the car fire broke out. However, Jaabis was severely burned, especially on her face and hands. Eight of her fingers were amputated when she was hospitalized. She and her family repeatedly stated that she was carrying the gas canister as part of her move; in order to preserve her Jerusalem residency, she had recently rented a new apartment and had been moving furniture in her car for days. Palestinian Jerusalemites, especially those with family members in the West Bank, are systematically targeted for the revocation of their Jerusalem IDs by the Israeli occupation.

Jaabis was moved to HaSharon prison before the completion of her treatment. Due to her severe injuries and lack of support inside the prison, she must rely on her fellow women prisoners to assist her with basic tasks. She is not receiving supplemental treatment despite her massive burns and severe injuries. In order to convict Jaabis of “attempted murder” for a fire contained to the inside of her own car, Israeli prosecutors referenced her Facebook and social media posts expressing support for the Palestinian resistance and liberation for Palestine.  In addition to the 11 year prison sentence, Jaabis was ordered to pay a fine of 20,000 NIS (approximately $5,000 USD).

Jaabis’ sentence comes alongside multiple other lengthy sentences meted out by Israeli courts to severely injured Palestinians, particularly children. Ahmad Manasrah, 14, was sentenced yesterday to 12 years imprisonment, while Munther Abu Mayala, 15, and Mohamed Taha, 16, were sentenced to 11 years each.. These excessive prison sentences come alongside the extrajudicial execution of 238 Palestinians by occupation forces, including 57 children.

She is married and the mother of an eight-year-old daughter. Jaabis is among 64 Palestinian women held in Israeli prisons, including 13 minor girls.

On Monday, the Ofer military court extended the detention of Arwa Tamimi Sultan; she was detained ten days after her husband, Jad Sultan, was arrested. Jad has been held under interrogation for 17 days. Palestinians denounced Arwa’s continuing imprisonment as a mechanism to coerce Jad into false confessions. 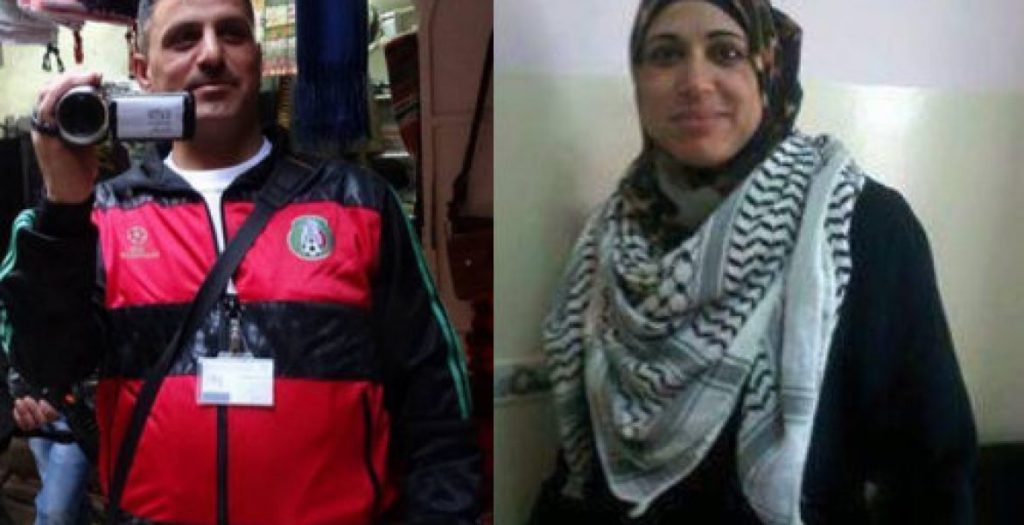 Among the Palestinian women imprisoned by the Israeli occupation include Haifa Abu Sbeih, 37, from al-Khalil. Held in Damon prison, she is married and a mother of six; her children range in age from two years of age to 18. Imprisoned since 14 December 2015 when occupation forces stormed their family home, she was denied family visits for several months. Abu Sbeih runs a private elementary school and is a board member of the Democracy Center in Ramallah. 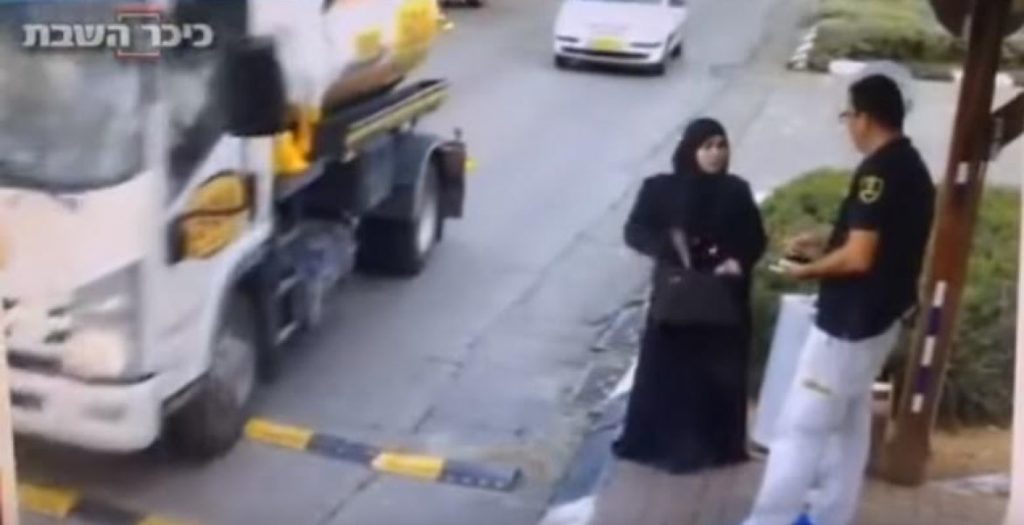 Another mother who, like Jaabis, is a seriously injured Palestinian prisoner, also a mother denied visits with her two year old daughter Mayssam, is Helwa Hamamreh of Husan, near Bethlehem. Hamamreh was shot multiple times while allegedly carrying out a stabbing operation against a security guard at the Israeli settlement of Beitar Illit. Parts of her liver, pancreas, spleen and intestines were removed and she was interrogated while in intensive care. Over 12 military court hearings have been held in Hamamreh’s case, most of them continued; in Abu Sbeih’s case, ten hearings have been held and the case continues to move forward.