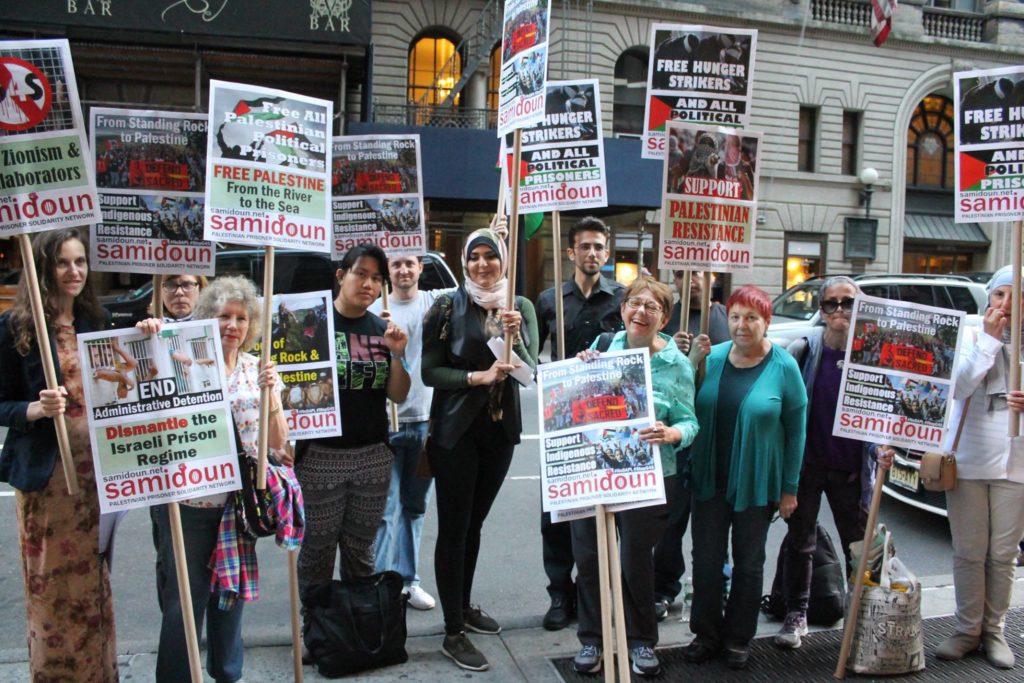 British-Danish conglomerate G4S, the world’s largest security company and its second-biggest private employer, plays key roles in racist state repression from Palestine, where it services and equips the prisons and detention centers, occupation and security forces, and checkpoints and settlements used to cage Palestinians and crush their resistance; to Standing Rock, where its forces have deployed to guard the route of the proposed Dakota Access Pipeline and protesters have faced brutality including attack dogs, pepper spray, tear gas and rubber bullets; to Charlotte, North Carolina, where armed Charlotte Area Transit System officers, a private, G4S-run “company police” force, operate alongside the racist, lethal cops who killed Keith Scott.

In solidarity with the Charlotte Uprising, the Palestinian political prisoners on hunger strike against administrative detention, medical neglect, the denial of family visits and other abuses in Israeli prisons, and the Native land and water defenders of Standing Rock, join us to demand that G4S end its complicity in racist state violence.