Home Events 9 December, NYC: Protest to free the hunger strikers and all political... 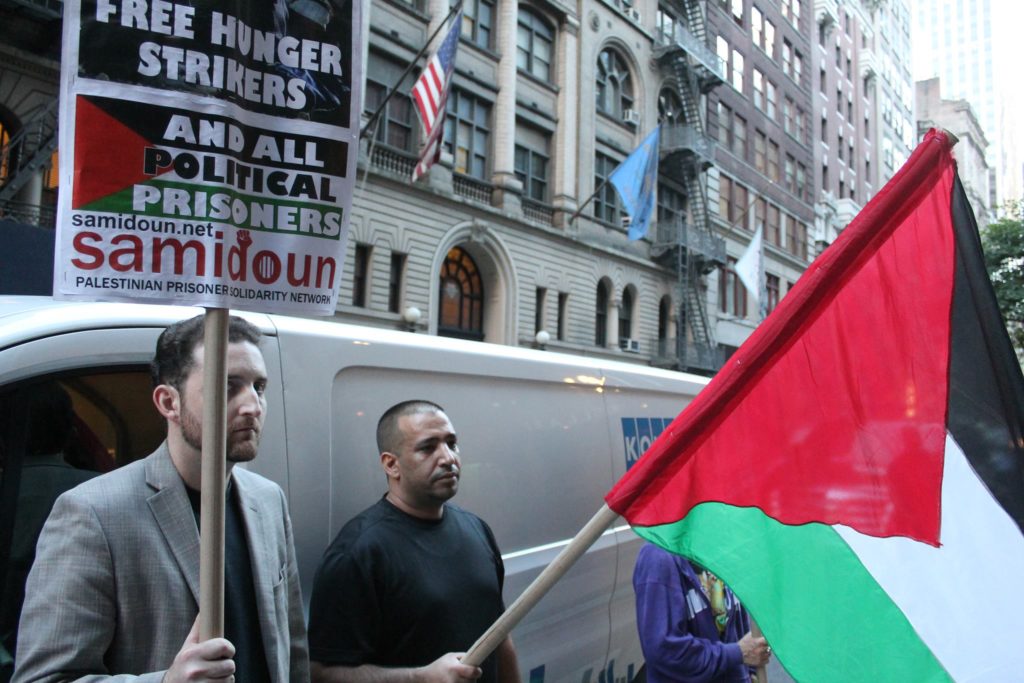 Two Palestinian political prisoners, Anas Shadid and Ahmad Abu Fara, have entered a third month on hunger strike against their “administrative detention” without charge or trial by Israel.

They have been joined on hunger strike by others, including fellow “administrative detainee” Ammar Ibrahim Hmour, as well as Nour el-Din Amer, who is protesting his solitary confinement and isolation.

The demonstration will also support ongoing mobilizations to free political prisoners held by the United States, including Leonard Peltier, Mumia Abu-Jamal, and Oscar López Rivera, and build awareness of the December 10 citywide rally to Free All Political Prisoners Now!

Stand with the hunger strikers to demand that Israel release them and all 7,000 Palestinian political prisoners immediately, and that occupation profiteer G4S end its contracts with Israeli prisons and detention centers, occupation and security forces, and checkpoints and settlements now.