Home Campaigns Take action: Call the US Congress to request commutations for the Holy... 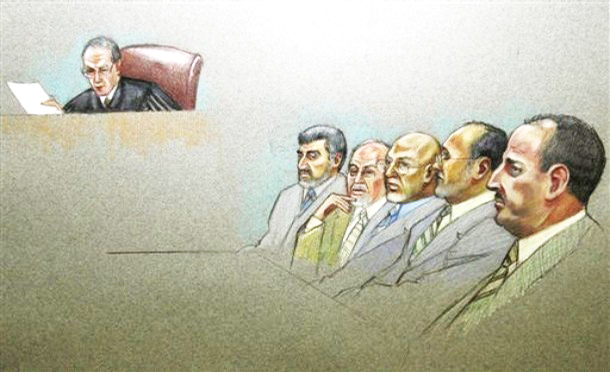 Samidoun: Palestinian Prisoner Solidarity Network is circulating the following appeal from Khalil Meek, executive director of the Muslim Legal Fund of America, and urges all supporters of Palestinian political prisoners to take immediate action to free the Holy Land Five.

The Five – Ghassan Elashi, Shukri Abu-Baker,  Mohammad El-Mezain, Mufid Abdulqader and Abdulrahman Odeh – were officers, employees and volunteers at the Richardson, Texas-based Holy Land Foundation for Relief and Development, the largest Muslim charity in the United States until its closure and the seizure of its assets by the Bush administration in 2001.

Each is imprisoned on terms from 15 to 65 years after their 2008 convictions on charges stemming from the HLF’s charitable aid to Palestinians under Israeli occupation.

We need your help — and it’s urgent. I need you to call each of the legislators in the list below — both their Washington and local office numbers — and ask them to take the lead in asking President Obama to commute the sentences of the Holy Land Foundation defendants before the end of his term in office.

Each call should only take a minute.

This is urgent — we need you to call today!

Here is the suggested language you can use when calling:

I strongly urge you to immediately take the lead in asking President Obama to commute the sentences of the Holy Land Foundation defendants before the end of his term in office. Their prosecution was a great injustice and their sentences of 15 to 65 years cruelly disproportionate. Had they been prosecuted for the same crime in Israel their maximum sentence would have been four years. They have already served eight years in U.S. prisons. Please let me know as soon as possible what actions you are taking to obtain a commutation of their sentences. Thank you.

Please call each one today at both of their offices.