We invite your organizations, groups and coalition to endorse this call to action and participate in the events of January 13-15, 2017. Thank you! Please use the form or email samidoun@samidoun.net to sign on.

January 13-15, 2017 marks the 15th anniversary of the seizure of Palestinian political leader, General Secretary of the Popular Front for the Liberation of Palestine, Ahmad Sa’adat, by the Palestinian Authority under the policy of “security cooperation,” at the behest of Israel, the United States and the United Kingdom. Today, after a 2006 attack on the Jericho prison by Israeli occupation forces, Sa’adat is serving a 30-year sentence in occupation prisons, convicted in a military court of leading a prohibited organization and incitement.

The imprisonment of Ahmad Sa’adat and his fellow Palestinian political prisoners is aided and assisted by the complicity of international states and major corporations. The United States and United Kingdom guarded Sa’adat in a Palestinian Authority prison and cleared the way for an Israeli attack, ensuring Sa’adat and his comrades came under fire. And the political, military and economic support these and other states, including the European Union and Canada, provide to the Israeli occupation allows the continued imprisonment and extrajudicial execution of Palestinians with impunity. Further, corporations like Hewlett Packard (HP) profit from the imprisonment of Palestinians by selling their services to the Israeli Prison Service.

On January 13-15, 2017, we join in a collective call for international action for the freedom of Ahmad Sa’adat and all Palestinian political prisoners. We demand an end to the internationally-mandated policy of Palestinian Authority “security coordination” that undermines the Palestinian struggle for freedom. And we urge the escalation of the campaign of boycott, divestment and sanctions against the Israeli state and complicit institutions and corporations, including HP, to create, as Sa’adat said, “a real economic cost for the industries of colonization.”

We echo the call to organize events, actions and protests in cities, town squares, campuses and public spaces to break the isolation of the prisoners, and demand freedom now for Ahmad Sa’adat and all Palestinian political prisoners.

Events are already being scheduled in New York City, Albuquerque, Brussels, Berlin, Manchester, Italy and elsewhere. Please share your event with us or email samidoun@samidoun.net.

To join the call, please email samidoun@samidoun.net or sign on to the form. This call is open to organizational endorsements.

Milan – Saturday, 14 January. Vigil under the prison of Opera, in solidarity with all prisoners, against isolation (in Italy named 41 Bis), for the liberation of Comrade Ahmad Sa’adat and all Palestinian prisoners. Organized by Fronte Palestina – Details to come

Florence – Saturday, 14 January. Campi Bisenzio – leafleting for the release of Palestinian prisoners and Ahmad Sa’adat, during the vigil to remember Operation Cast Lead. Organized by Fronte Palestina – Details to come

Padova – Saturday, 14 January. display of banners in the city and a radio broadcast about the Palestinian prisoners situation and Comrade Ahmad Sa’adat in the evening broadcast of Radiazione Web radio. Organized by Fronte Palestina – Details to come

MORE EVENTS TBA in Italy – Facebook: https://www.facebook.com/events/1739069739753137/, Ireland, and more.  We urge you to organize events and please share your event with us or email samidoun@samidoun.net. 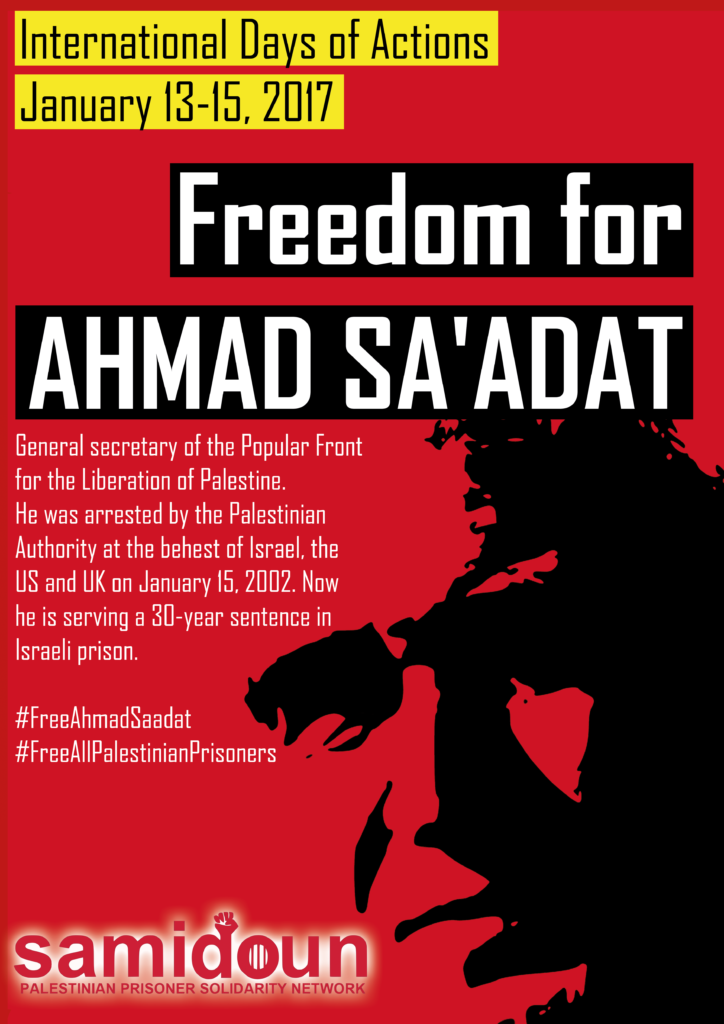 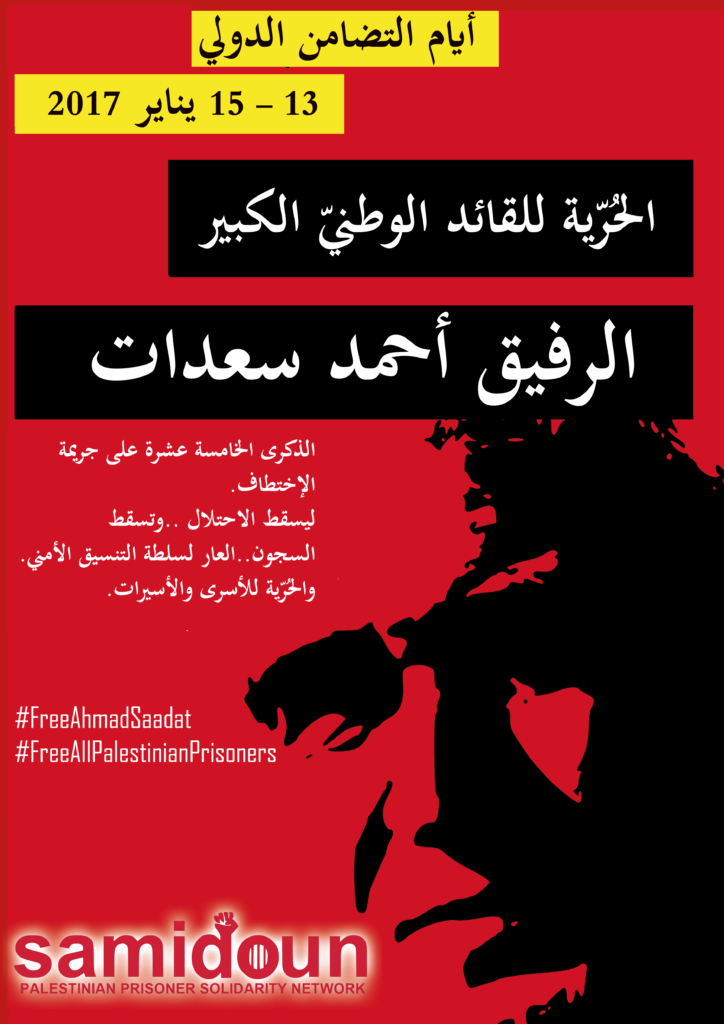 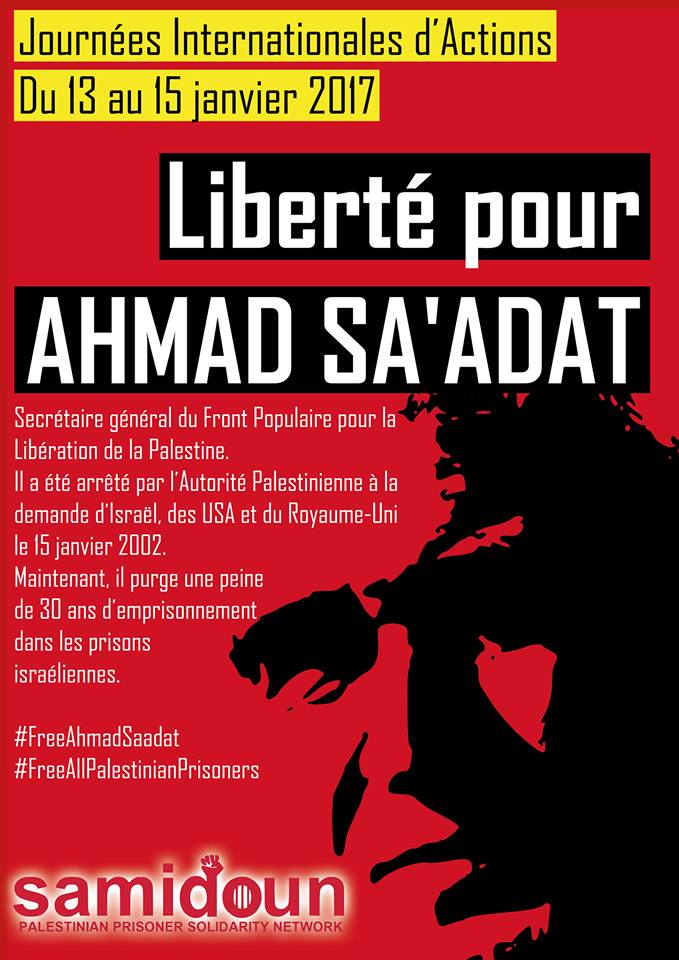