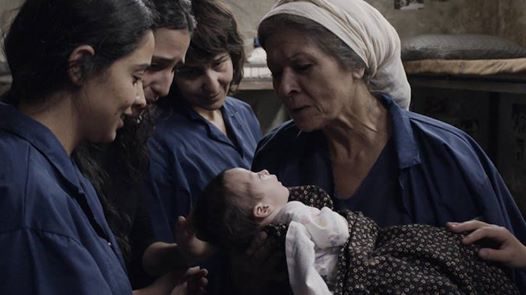 Inspired by the true stories of children born in Israeli prisons and young women coming of age behind bars, 3000 Nights is first and foremost a human story of a young mother who, through her struggle to protect her child and her relationship with the prisoners around her, finds the space to reflect, develop, and mature as a young woman.

3000 Nights is a 2015 internationally co-produced drama film directed by Mai Masri. It was screened in the Contemporary World Cinema section of the 2015 Toronto International Film Festival.

The film focuses on a Palestinian woman, who whilst in jail, gives birth to a son. Inspired by a true story and shot in a real prison, 3000 Nights traces a young mother’s journey of hope, resilience and survival against all odds.#IsraeliApartheidWeek