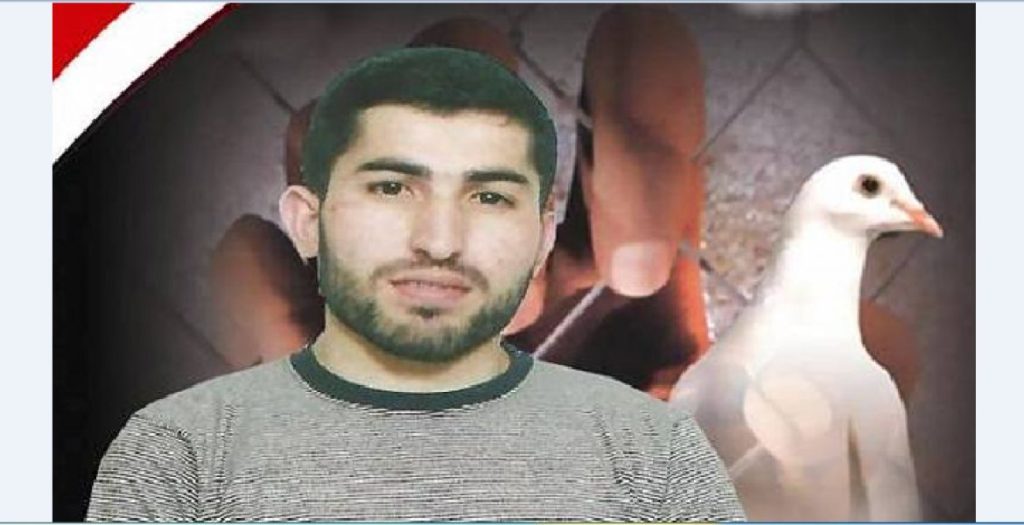 Former long-term hunger striker Akram al-Fassisi announced that he is launching a new hunger strike against the renewal of his imprisonment without charge or trial under Israeli administative detention.

Al-Fassisi, 34, from Ethna village near al-Khalil, began his hunger strike on Sunday, 19 March, reported his family. He was seized by occupation forces on 19 September 2016, only two months after his release after nearly two years in administrative detention and issued a six-month order for his imprisonment without charge or trial, an order that was renewed on Saturday, 18 March.

Al-Fassisi is married and a father of four. He has been arrested on multiple occasions, and launched two hunger strikes in 2013 and 2014 for 58 and 70 days, respectively, to demand his release from administrative detention. In September 2014, al-Fassisi was released in the agreement that ended his 70-day hunger strike, only to be re-arrested once more in November 2014, a similar two-month period between his release and re-arrest in 2016. He had previously been imprisoned in 2011 through 2012, accused of membership in the Palestinian Islamic Jihad Movement.

He joins Mohammed Alaqimah, 27, and Raafat Shalash, 34, who have been on hunger strike for 24 and five days, respectively, against their own imprisonment without charge or trial. They are among over 530 Palestinians imprisoned under “administrative detention orders,” which are indefinitely renewable. Palestinians like al-Fassisi have spent years at a time in administrative detention on the basis of a so-called “secret file.”