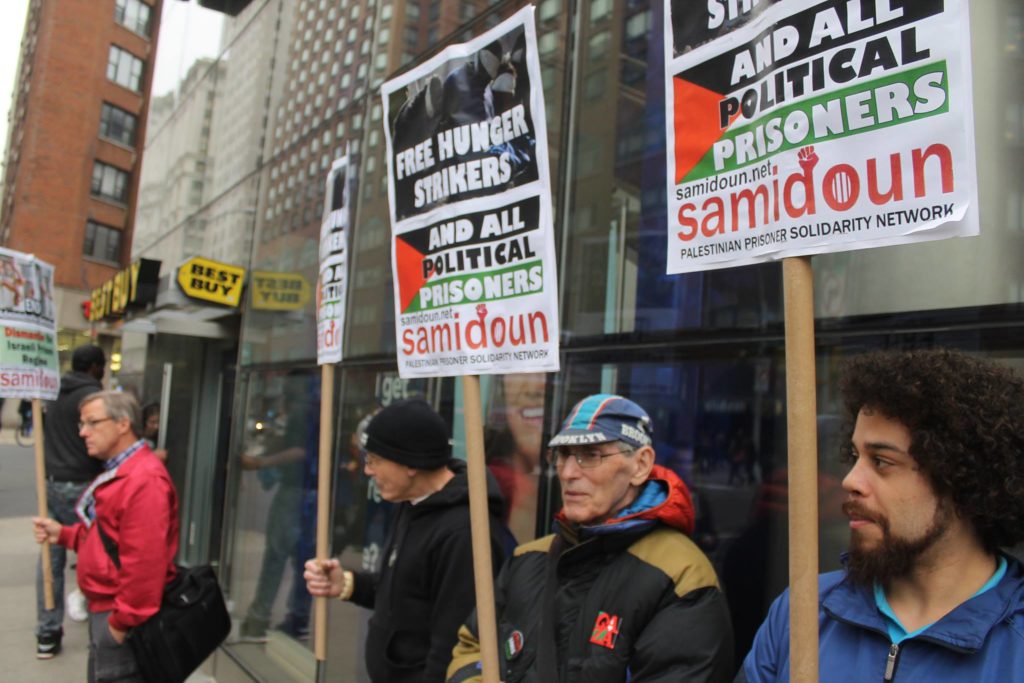 Since the strike began, Israeli jailers have placed many of its leaders in solitary confinement, transferred its participants between prisons and conducted raids of hunger-striking sections.

The Palestinian prisoners’ movement and its supporters have called for international mobilization to help the strikers win their demands for family visits, adequate medical care and other basic improvements.

On Friday, the Fatah movement has called for a “day of rage” against Israeli occupation forces “everywhere across our homeland”.

Stand with the strikers and demand Israel release them and all 6,300 Palestinian political prisoners immediately, and that Hewlett Packard end its contracts with Israeli prisons and detention centers, occupation and security forces, and checkpoints and settlements now.

Build a growing international campaign to boycott HP over its support for Israeli crimes.