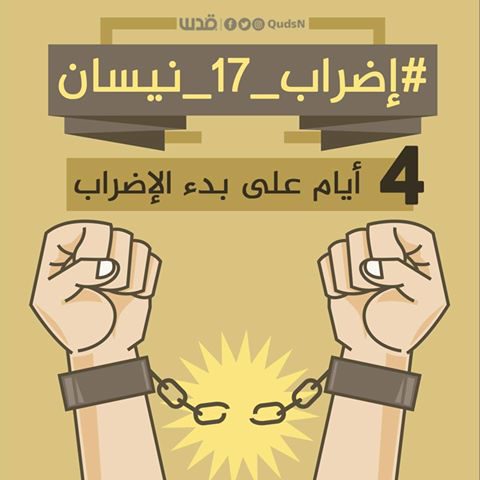 In Nafha prison, Palestinian detainees associated with Fateh, the Islamic Jihad movement and the Democratic Front for the Liberation of Palestine announced that they would participate in the strike to achieve its demands, including proper health treatment for sick prisoners, an end to the denial and cutbacks on family visits, and an end to administrative detention and solitary confinement. The prisoners in sections 3, 4, 10, 13 and 14 in Nafha prison – approximately 530 prisoners – announced they were joining the strike.

Palestinian prisoners from all factions held in Gilboa and Hadarim prisons will join the strike, as well as two sections in the Ofer prison (approximately 240 prisoners), 30 prisoners in Ashkelon prison, 120 prisoners in Ramon prison and 150 prisoners in the Negev desert prison, in addition to the participants held in Nafha prison.

Israeli Minister of Public Security Gilad Erdan has threatened to deny prisoners on hunger strike access to standard hospitals in an attempt to thwart the strike and block popular solidarity in Palestine ’48. Instead, he has ordered the creation of a “field hospital” in the Negev desert prison, planning for the transfer of hunger strikers, and potentially threatening hunger strikers with forced feeding.

Fadwa Barghouthi, Palestinian lawyer and the wife of Marwan Barghouthi, urged solidarity for the prisoners’ demands and their hunger strike. A number of Palestinian organizations and institutions have organized events for Palestinian Prisoners’ Day and the coming weeks.