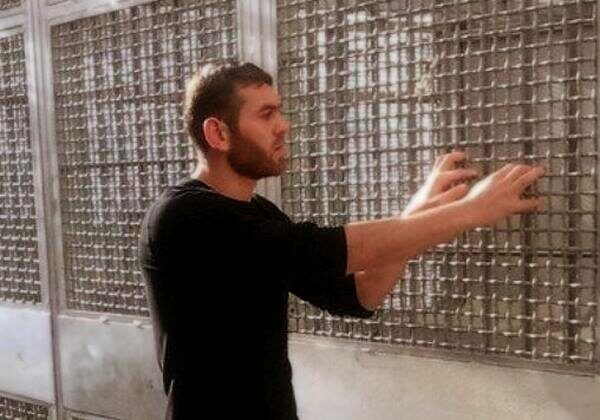 Palestinian prisoner Bilal Diab, 32, is entering his third week on hunger strike, reported his family. Diab, who formerly engaged in a 78-day hunger strike against his imprisonment without charge or trial under administrative detention, was seized again by Israeli occupation forces on 14 July 2017.

He is held in solitary confinement in Megiddo prison, apparently in retaliation for his hunger strike, which he launched immediately following his arrest. He was ordered to six months in administrative detention without charge or trial but the order has not yet been confirmed by an Israeli military court.

Diab, who previously went on hunger strike for 78 days against his imprisonment without charge or trial under administrative detention in 2012, winning his release, launched his new strike specifically in protest of this practice.

There are nearly 500 Palestinians imprisoned without charge or trial – out of over 6,200 Palestinian prisoners in total – under administrative detention orders. Muhja al-Quds Foundation reported that he is held in solitary confinement and has lost 7 kilograms (15 pounds) since he launched his strike.