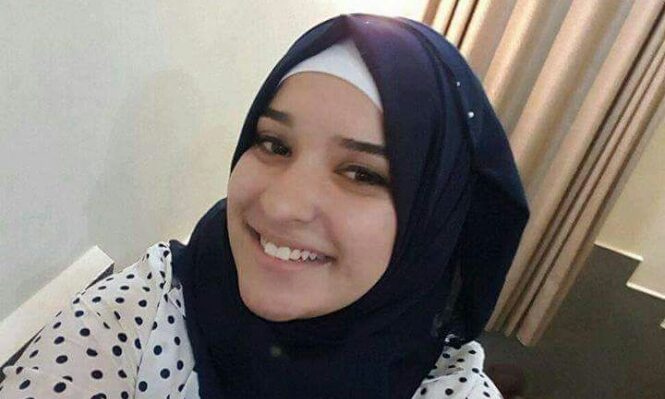 Palestinian prisoner Nurhan Awad, 18, from Jerusalem, received an excellent result in her general high school graduation examinations, which she took from inside Israeli prisons, achieving an average score of 94 percent.

Nurhan is serving a 13-year sentence imposed upon her as a minor girl; she was in the process of studying for her high school examinations when she was seized by Israeli occupation forces on 23 November 2015.

Her cousin, Hadeel Awad, 14, was shot dead by Israeli occupation forces on the same day at close range as she lay already injured on the ground. Nurhan and Hadeel were accused of attempting to stab a man with scissors; in this case, a lightly-injured 70-year-old Palestinian man. The event was captured on video; Nurhan stood in place holding a pair of scissors. She was hit from behind by a chair and as she lay injured in the ground, she was shot again at close range. Nurhan was severely injured after taking two bullets in her chest. After her cousin was extrajudicially executed, Nurhan was imprisoned.

She still has a goal of studying law; always an excellent student, she has expressed her conviction that she will not allow the occupation to prevent her from academic achievement and study, even behind bars in HaSharon prison.