Home Events 19 January, Montevideo: Collective mural in solidarity with Ahed Tamimi and all... 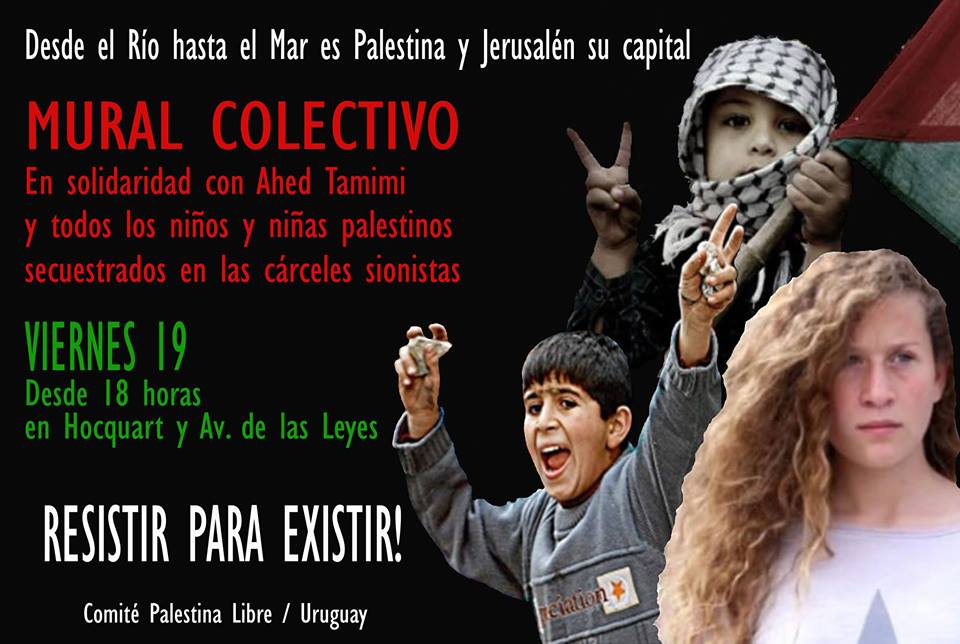 Ahed is the visible face of Palestinian children and youth in resistance, but it is not the only one.

The “battle of Ahed,” as they have called it in some press, is the “battle for Jerusalem,” the battle for Palestine.

In homage to the struggle of Ahed, for justice in Palestine, and in solidarity with these children and young people locked up in the Zionist prisons, we invite you to participate in the construction of a collective mural in which to express our solidarity, this Friday, January 19 , Starting at 6 pm, in the square at Hocquart and Av. De las Leyes.

Immediate freedom for Ahed and all the children kidnapped by Zionism!

Freedom for Nariman and all the men and women imprisoned in the
Zionist prisons!

Palestine from the River to the Sea and Jerusalem is its capital!