The Samidoun Network in occupied Palestine published a pamphlet about the arrest of Palestinian strugglers and the methods used by prisoners to confront their jailers with steadfastness under interrogation. 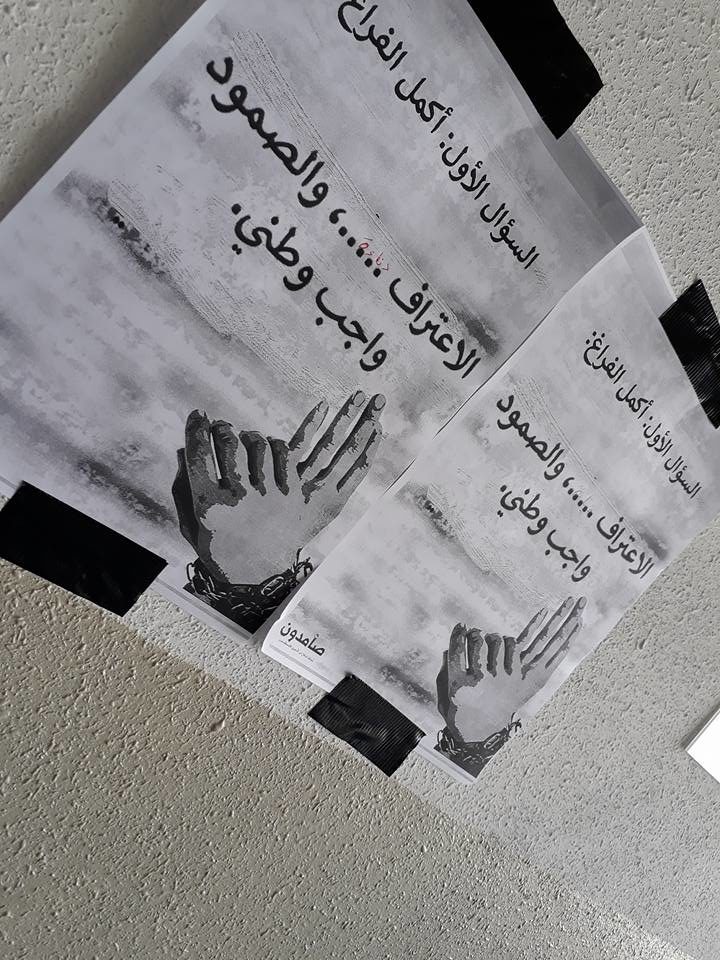 “The Palestinian Arab people in occupied Palestine have accumulated lengthy experience in Zionist occupation prisons and the dungeons of interrogation, and in doing so have developed critical tactics of resistance and confrontation of the jailer. Because we believe in the need to continue to educate Palestinian struggles, particularly in regard to the different methods used by the occupation in Zionist detention centers in order to break their steadfastness through torture and establish their ‘guilt’ through confessions, it is important to provide this information. The purpose of these charges is to attempt to eliminate the popular resistance and suppress the struggle of the Palestinian people, and this has been the case throughout history,” said the Samidoun volunteers in Palestine. 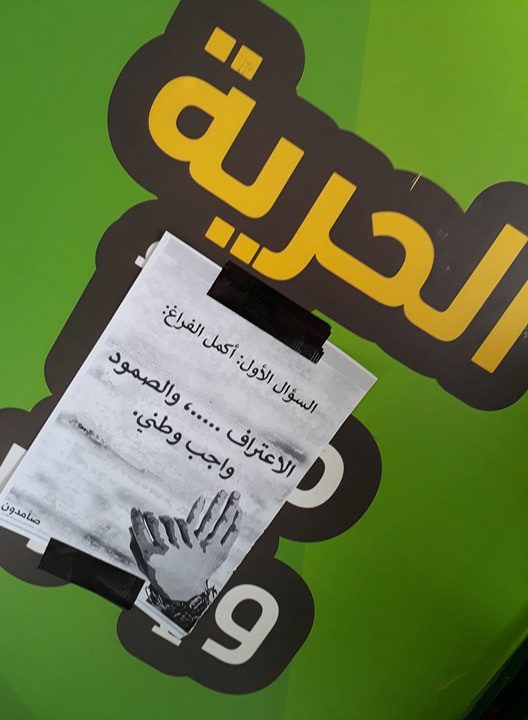 On Wednesday and Thursday, 20 and 21 December, Samidoun activists at Bir Zeit University published posters and posted them around the university emphasizing the importance of steadfastness and encouraging them to think about the questions of imprisonment on the other hand, highlighting the purpose of the occupier in seeking to gain confessions against other Palestinians. Volunteer activists distributed pamphlets at a stand organized by the Bir Zeit University Student Council in support of the Palestinian struggle to defend Jerusalem as the capital of Palestine. The pamphlets dealt in detail with methods of confrontation and steadfastness. 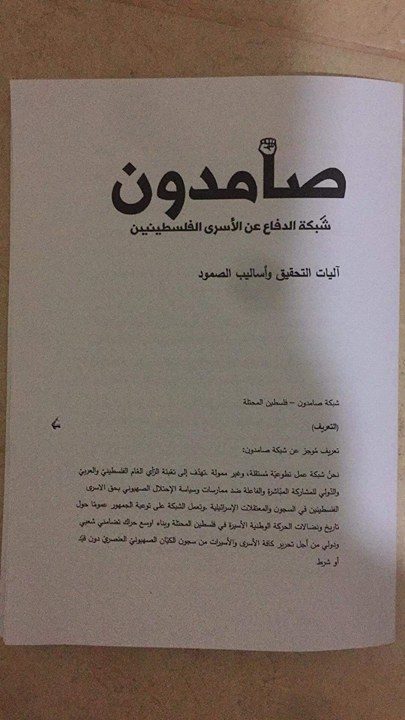 Samidoun also organized a seminar in conjunction with the Nabd Youth Group on the “mustaribeen,” the undercover occupation forces who dress “as Arabs” in order to create a sense of confusion and helplessness, deter the resistance and dampen the struggle. The seminar, presented by Aboud Hamali, highlighted the role of these forces in targeting Palestinian youth for arrest and interrogation and the importance of confronting and exposing them.