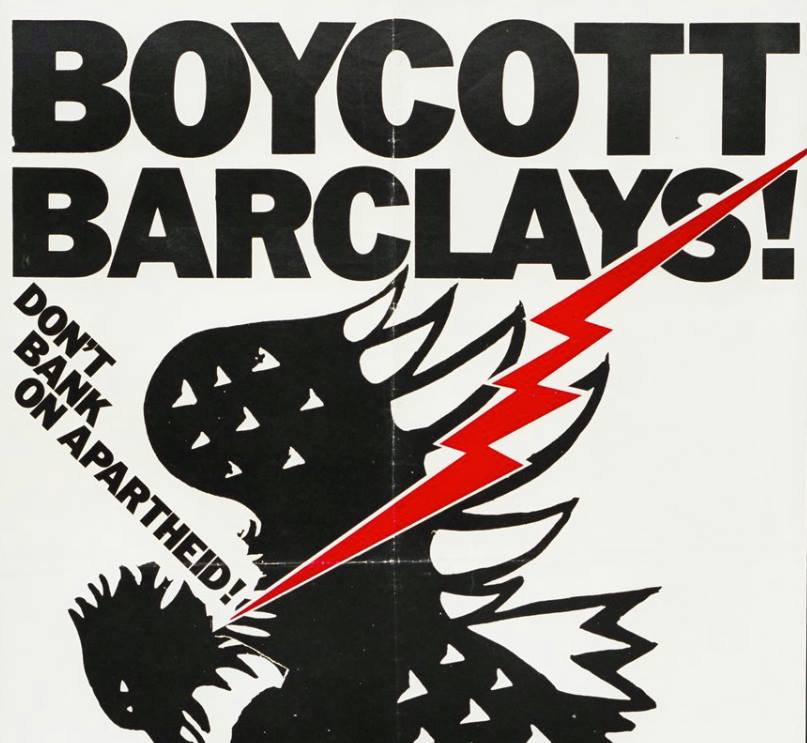 Protest against Britain’s biggest banking sponsor of the global arms trade. Barclays funnels loans and investments to companies like Boeing, BAE Systems and Lockheed Martin, fuelling Israel’s occupation of Palestine, the Saudi war on Yemen and proxy wars in Syria and Libya, where warlords have brought slavery to a country wrecked by Nato. Barclays has a history of supporting apartheid and is now involved in backing austerity and supporting corporate tax-dodging.

Free Ahed Tamimi and all Palestinian political prisoners!
Victory to the anti-ZIonist and anti-imperialist resistance!
Freedom for Palestine!
Freedom for Kurdistan!
Imperialist hands off the Middle East!